4 Secret Conspiracies Throughout History You Should Know About

Dennis view more articles
Facebook 0 Twitter 0 Pinterest 0 Google 0 LinkedIn 0
There are no shortage of conspiracy theories out there; from the UFO cover-up at Roswell to the New Wold Order being ushered in by a far-reaching secret society. There are even the conspiracies that have been proven as fact; such as the FBI targeting Civil Rights Activists to the clandestine MK-Ultra program.

However, there are a plethora of lesser-known conspiracies and conspiracy theories that have not yet reached the mainstream consciousness. Some of these have been proven true, while others… well, the jury is still out.

Either way, below are four lesser-known conspiracies that you should know about.

According to IEEE.org, in the 1920s, there was a global conspiracy among the world’s light bulb manufacturers, including General Electric, to drive light bulb sales.

This was a two-phase process. The first phase was to divvy up the planet to be shared by each corporation. The second phase was to engineer an incandescent light bulb with a shorter burn life.

Moreover, they claimed these newly engineered bulbs gave off a higher quality light and; therefore, charged more for the quick dying bulbs.

The FBI Poisoned Americans During Prohibition

The last thing we want to think about is our government setting out to poison its people, but that is exactly what happened during Prohibition. In its war against illegal alcohol during the mid-1920s through the early 1930s, the FBI began poisoning industrial alcohol because it was widely known that bootleggers used it in the manufacturing of the bathtub spirits.

However, the FBI did little to actually advertise that this was being done, and let unwitting Americans drink the poison. By the time Prohibition ended, it has been estimated that more than 10,000 died at the hands of the FBI and their poisoned booze. 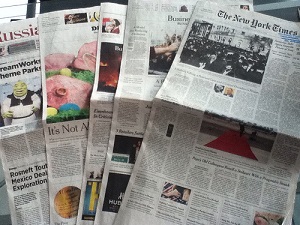 Again, we would like to think that the U.S. government would not execute clandestine missions against its own denizens, but history as proven (time and time again) that the opposite is often true.

This time, it was not the FBI, but rather the CIA. In the 1950s, the CIA began a secret propaganda war in the U.S. in its war against communism. The operation consisted of the CIA gaining influence or even control of a number of American media outlets to spread anti-communism propaganda.

By 1953, it is believed that Operation Mockingbird had a direct influence over 25 newspapers, wire services, and media outlets. Some of the biggest were CBS, Time and Life, the New York Times, and the Christian Science Monitor.

On January 23, 1975, the skies lit up and the earth shook in the Berwyn Mountains, leading many to believe that an aircraft or even a meteorite had crashed in the mountain range near Llandrillo, Merionethshire, North Wales.

The next day a search party was deployed in case it was an aircraft that fell to earth. However, nothing was found. Since no crater was found, the official story was that a 3.8 magnitude earthquake occurred at the exact time a meteorite flew across the sky leading people to think the two incidents were connected.

This explanation relies on one hell of a natural coincidence leaving people to theorize that there must be something else going on. UFO hunters speculated that a UFO crashed in the mountains and alien bodies were recovered from the wreckage, which was then hidden.

UFO researcher, Andy Roberts contends, “The Berwyn Mountain Incident has been described as ‘…the best example of a UFO retrieval in Britain’, and likened to the Roswell and Rendlesham events.”