Fluoridation Cease and Desist: A Documentary You Need to Watch Now 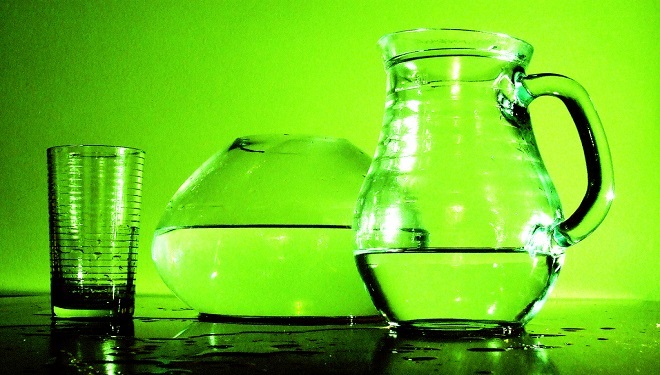 GabriellePickard view more articles
Facebook 0 Twitter 0 Pinterest 0 Google 0 LinkedIn 0
When we conveniently turn on our tap, fill a cup with the water and gulp it down without a second thought, do we know what we are really putting into our bodies? While the majority of us assume our drinking water is safe, a minority are convinced otherwise.

You may have heard of water fluoridization, the deliberate addition of fluoride to public water in order to reduce levels of tooth decay. Most water supplies contain traces of fluoride but some have fluoride added to raise the concentration. A health authority can direct a water company to add fluoride to the water supply of a particular area, namely to help strengthen tooth enamel of residents, particularly children.

Those in opposition of fluoridation argue the practice can cause serious health problems such as dental fluorosis, a disturbance of dental enamel caused by excessive concentrations of fluoride during tooth development in children.
One stout condemner of fluoridation is Mark Howitt, a filmmaker and founder of the World Public Union (2), an activist networking database designed to ‘change the world’.

In June 2014, Howitt broadcast his Fluoridation: Cease and Desist 2014 Documentary on YouTube (3). The film runs for almost 1.5 hours. The documentary shows an in-depth analysis on the history of water fluoridization. It concentrates on how the science used to prove the effectiveness of adding fluoride to drinking water to prevent tooth decay is “seriously flawed”. The message of the documentary is that the entire population have been “mass medicated” and “slowly-poisoned” without their consent.


Mass Mind Control and the Nazis

The film begins with a particularly hard-hitting question: “Why do they stick fluoride in our water when fluoride is the main ingredient of Prozac? The documentary then informs viewers that it was the Nazis who first put Prozac – or fluoride – in water.

The Nazis being the first to fluoridize water for ‘mass mind control’ was the subject of a (4) letter sent to the Lee Foundation for Nutritional Research, Wisconsin in 1954 by chemist Charles Perkins. In Perkins’ book The Truth About Water Fluoridisation, the chemist speaks of how in the 1930s German chemists found an ingenious way to control the population – through the mass medication of drinking water supplies. Perkins wrote of how consuming fluoride slowly poisons and narcotizes the brain, stating:

“Repeated doses of infinitesimal amounts of fluoride will in time reduce an individual’s power to resist domination, by slowly poisoning and narcotizing a certain area of the brain.”

The real reason behind water fluoridation is, states Perkins, not to benefit children’s teeth, but to “reduce the resistance of the masses to domination and control and loss of liberty”.

It is this surmise that fluoridation is poisoning the brain and the need to uncover the truth which makes Howitt’s documentary so compelling. The documentary includes an interview with Dr. Dean Burk, a biochemist at the National Cancer Institute who refers to the process of adding fluoride to drinking water as a “public crime”.

The documentary shows an interview with Dr. Burk which was recorded live in Holland in the 1970s. Referring to the link between water fluoridization and cancer, Dr. Burk said:

“This amounts to public murder on a grand scale, it is a public crime, it would be, to put fluoride in the drinking water of people.”

As a result of the interview being broadcast, 100,000 people took to the streets in protest of water fluoridization, calling for it to be removed from public drinking water immediately. Another extremely interesting fact about fluoride that Howitt draws attention to in his documentary is the fact that toothpaste manufacturers no longer issue a ‘poison warning’.

In the toothpaste tubes of old, there was always a warning printed on the back that if more than the recommended usage for brushing is accidentally swallowed, you should get medical help or “contact a Poison Control Center” right away.

Today, as Howitt rightly observed, no such warning is issued. But why?

Harold Hodge: Being Rewarded for Severe Violations of Human Rights

Another particularly poignant element of the documentary is its mention of Harold Hodge, a well-known toxicologist and founder of the Society of Toxicology in 1960. Hodge played a key role in the promotion of water fluoridization in the United States, despite knowing that fluoride is the key ingredient of rat poisoning and the negative press it was receiving.

In 1957, Hodge categorically stated that fluoride was safe. Hodge was also involved in the Manhattan Project, a research and development project that created the first atomic bombs during World War II. Hodge’s position of the Manhattan Project was connected with his knowledge of fluoride.

At the time, fluorine and its by-products were regarded as dangerous as the radioactive materials used to make atomic bombs. Hodge was also the planner for the notorious uranium experiments where a number of subjects were unwittingly injected with plutonium and uranium during experiments to test the limits of exposure. This, as Howitt highlights, created an uproar and the US government was forced to pay the victims’ families $400,000 each in compensation. Nonetheless, in 1947, Hodge became the President for the International Association for Dental Research.

As Dr. Dean Burk said in the 1970s, “When you have power you don’t have to tell the truth. That’s a rule that’s been working in this world for generations.”