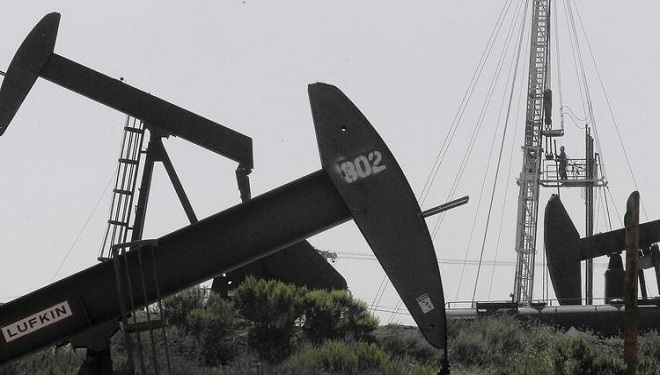 GabriellePickard view more articles
Facebook 0 Twitter 0 Pinterest 0 Google 0 LinkedIn 0
80% of California is experiencing “extreme or exceptional” drought conditions. The “Golden State” is in the midst of an epic water shortage. In January of this year, Governor Brown declared (1) California a drought State of Emergency.

Despite ongoing water conservation efforts in California’s urban communities, the ultra-water intensive fossil fuel extraction practice of fracking is still being rampantly executed in California. It’s no wonder environmentalists and anti-fracking activists are up in arms, calling for Brown to put a stop to the controversial oil production.

Water is a fundamental necessity to human life.

“The human right to water is indispensable for leading a life in human dignity. It is a prerequisite for the realization of other human rights,” (2) stated the Committee on Economic, Social and Cultural Rights of the United Nations General Assembly.

The problem is that water is also a fundamental necessity for the oil industry. Consequently, the oil industry seemingly turns a blind eye on how their processes of extraction contaminates and drains supplies of water used for human consumption and agriculture.

The recklessness of the oil industry’s yearning for water at the cost of human well-being is alarmingly exemplified in California.

Adam Scow, director for Food & Water Watch in California, speaks of there being a triple threat to the state’s water from fracking. (3) According to Scow the first threat is the fact that fracking requires a lot of water.

“In the middle of the worst drought in 50 years, they’re taking 140,000 to 150,000 gallons of water out of the water cycle per frack job. They’re destroying the amount of water on a daily basis,” said Scow.

Concerns about how much water the drilling operation uses have long been established. In 2009, (4) a report conducted by the Groundwater Protection Council titled ‘Modern Shale Gas Development in the United States: A Primer’, stated:

“The amount of water needed to drill and fracture a horizontal shale gas well generally ranges from about 2 million to 4 million gallons, depending on the basin and formation characteristics.”

A year later, a (5) Harvard study found that the average water consumption from gas produced through fracking ranges from 0.6 to 1.8 gallons of water per MMBtu.

In spite of the prolific amount of evidence that fracking is a water-intense method of producing oil and gas, it is still being extracted from the most water-starved of areas.

Then of course there’s the issue of toxic waste water, which is California’s second threat. (6) State documents obtained by the Center for Biological Diversity claim almost three billion gallons of oil industry waste water have been illegally dumped into central California aquifers which supply water for farming irrigation and for human drinking. The waste water had entered the aquifers through, according to the documents, at least nine injection disposal wells used by the oil industry. The wells dispose of waste, which is contaminated with fracking fluids and other pollutants.

Through fears that drinking water was being contaminated by fracking wells, the California Department of Gas and Geothermal Resources (DOGGR) recently ordered 11 of the wells to be shut down. But exacerbating the water shortage problem and contaminating water for human consumption and irrigation purposes are not the only threats fracking is causing to the troubled state of California.

Adam Scow highlights the third threat to California as the gas and oil produced through fracking will eventually contribute to global warming, ultimately leading to more droughts. A (7) study published by Geophysical Research Letters testifies to the link between global warming and California’s drought. The study was carried out by researchers from Utah State University who claim to have “uncovered evidence that can trace the amplification of the dipole to human influences”.

The study concluded that climate change has contributed to the severity of California’s drought instead of merely natural variation.

It seems almost incomprehensible that California, one of the wealthiest states in one of the richest countries, has unsafe drinking water. As winter rains failed to arrive in Willows, a Sacramento Valley town, for the third year running, farmers turn to their well pumps, extracting thousands of gallons of water from aquifers underground to prevent their crops from failing.

As water is being drained from reservoirs and wells in California at a rate scientists have referred to as “historic and unsustainable”, the greedy oil industry keeps on fracking, exacerbating an already dire situation.