The McCanns: Real Trolls under the Bridge – Part II 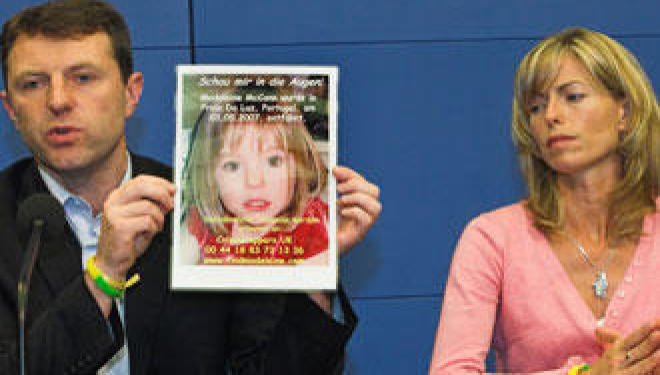 Just after Brenda Leyland’s conversation with Martin Brunt, the press reported that concerned members of the public had handed the police an 80-page dossier of twitter trolls. On the evening of October 3rd, the night before the discovery of Leyland’s body, Gerry McCann claimed on Radio 4 that he never read the files. He also stated the police “need to make examples of people who are causing damage”.

Hence, there are three significant problems with the documents and his statement of intent.

A) Critics have seen the dossier and noted there is little or no distinction between negative/critical comments about the McCanns or those advocating harm to the family. People genuinely concerned about the McCanns’ safety would not trivialize serious threats by bothering with someone like Leyland, or Sonia Poulton. Nevertheless, Anorak sagely pointed out people intent on a fatwa against any and all dissent would. (1) (2) (3)

B) The McCanns have tried to distance their organization from involvement in the dossier; moreover, the press’ marketing of it as an outgrowth of public concern, is utterly dishonest. On October 2nd, Closer Magazine said the McCanns had called the police. Then, on the 8th of October, Sir Bernard Hogan-Howe confirmed the McCanns handed the document over to SY. Ten days later, the Sunday Times also said the McCanns had handed the file over to police. Closer and the Independent reported the McCanns had filed the complaints on the 9th of September just under a month before Leyland died. (4) (5) (6)

C) Buzzfeed report Leyland was aware of people trying to unveil her identity and location by March. However, people had gotten hold of Leyland’s identity and threatened to out her publicly as early as February, 2014. This was well before the McCann’s handed anything over to the police. I bear witness to the content linked on Joana Morais’ site (I would reference this, but even its cache has been deleted).


Bearing the Brunt of a Smear Campaign

Martin Brunt friended Leyland aka @Sweepyface on Twitter circa the 29th of September 2014; this was also the day she deleted her account. When he accosted her, Brunt lied that the police had her under investigation, and he later denied he had been stalking her (a bald-faced lie).

After her death, he stated he had not received the information on Leyland from McCann supporters or the dossier but from public records. As we have seen, he befriended Leyland well before the document became public. Furthermore, on the day he confronted Leyland, Brunt declared on his Twitter account the police had a dossier pertaining to online McCann abusers.

Later, he had the gall to say the media reporting on the McCanns was even-handed. He even deluded himself by saying he was not “part of the establishment” (hell, with his logic he’d think he was capable of reporting for TSW). (7) (8)

Brunt’s fascinating combination of ducking, diving, and delusion lend additional support to allegations of his being at the sharp end of the McCanns online machine. Many believe the person swinging the blade is a one Jim Gamble.

Gamble was the head of Scotland Yard’s “Child Exploitation and Online Protection” (CEOP) program from 2006-2010. A controversial, colorful figure, he aggressively pursued an odd quasi privatization of his office in the face of its merger with another department. Moreover, he ran the out of control Operation Ore and famously pressured Facebook to have his departments contact details on every page. (9) (10) (11)

Gamble clearly has a bee in his bonnet about online paedo’s and cyber bullying. I admire Gamble’s stance, as it is serious stuff. However, he has been one of the McCanns chief defenders since their daughter’s disappearance, and belittled the Portuguese investigation publicly. Therefore, I would not call his actions very objective or professional considering his line of work.

He congratulated Martin Brunt’s swoop on Leyland, essentially saying she suffered the “consequences” of her actions. (12) Marty, for his part, appears to have given him high praise in his CEOP work back in the day. Considering their occupations, the two have known each other for some time. The duo’s potential relationship with the McCanns is thus something of a no-brainer. Gamble is also on friendly terms with one of the chief dossier compilers on Twitter. (13) (14) Lest we forget, the McCanns testified they employed family members to patrol the Internet for unsympathetic voices. (15) Furthermore, the McCanns frequently employ Clarence Mitchell, a one-time head of the Tony Blair Labour government’s (MMU) Media-Monitoring Unit. (16) Thanks to their powerful pals at Carter Ruck, the McCanns have banned books and sued numerous big newspapers.

Brenda Leyland was supposed to be small fry. However, the McCanns tragic war with her has received far more coverage than any legal actions and far less sympathy. In late November of 2013, Leyland ominously tweeted her followers should she die “in odd circumstances” not to believe the official version.

Leyland had a flair for online theatre, and this author has seen nothing suspicious in her death so far. Nonetheless, It is obvious to anyone Leyland knew she was being stalked, she simply had no idea of the extent.

Leyland was pugnacious online; however, she was clearly mild mannered, and well spoken, off it. Moreover, she was nowhere near as abusive as some mentioned in the files were. The McCanns and their PR team had a long time to choose and monitor their target.

Choosing one of the more aggressive twitterers could have been dangerous in the sense Brunt and the McCanns might be shamed by a tirade. Hence, in choosing Leyland they calculated she wouldn’t react with anything but fear. Thus, when we consider the intensity with which they followed her online, the probability team McCann physically staked out Leyland some weeks before Brunt turned up is rather high. If true, this adds even more scandal and alarm to the whole McCann saga.

It is an inescapable fact the net result of the McCanns’ multi-million dollar PR effort has become an all-out assault on good taste and freedom of speech.

In so doing, the McCanns’ actions have aroused more suspicion about their role concerning the fate of their daughter than rallied support.

By any stretch, their campaign to find Madeleine has been an embarrassing, vicious disaster summed up by the death of Brenda Leyland. The irony for the McCanns is she now looms larger offline than she ever did on it.

Orwell’s classic novel “1984” described the voluminous images of the glaring, black mustachioed “Big Brother” surrounding Air Strip One. In subsequent television and film adaptations, he appears as a hybrid of Hitler and Stalin.

Who would have thought the face of Big Brother in the 21st Century is fast becoming that of a three-year-old English girl with a coloboma?