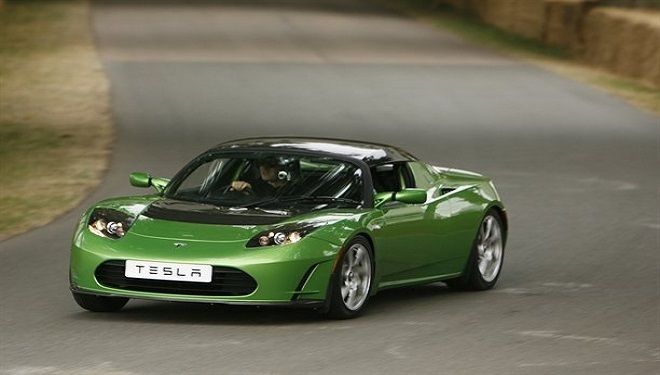 SallyPainter view more articles
Facebook 0 Twitter 0 Pinterest 0 Google 0 LinkedIn 0
A letter to an editor with accusations made against a State Senator…sound familiar? Unfortunately, it’s not that unusual in the world of politics. What set this incident apart wasn’t because it occurred during a political race or that it was for the state senate seat of Michigan’s District 22. It was the accusations that gave this letter to the editor center stage.The Patch printed the letter submitted by the Democratic candidate running against the incumbent. Shari Pollesch accused Senator Hune of always voting in favor of bills that his wife and her lobby firm supported. (1)

According to Pollesch’s letter, the latest bill that Hune supported and was recently passed which prevents Tesla Motors (American automobile company) from selling its electric cars directly to consumers. The new bill that Governor Rick Snyder signed in October 2014 bans Tesla from doing business in Michigan. (2)

Pollesch states, “According to a press release issued by Tesla, the wording of this current bill could be interpreted as keeping Tesla from even talking about its electric car in Michigan.”

The letter continues with Pollesch alleging that Senator Hune used a procedure that “prevented legislators and the public at large from knowing what was happening or allowing debate, Senator Joe Hune added new language in an attempt to lock Tesla out of the State”.

Pollesch connects the dots to reveal that Senator Hune’s top financial contributors are the Michigan Automobile Dealers Association and that his wife’s firm lobbies for the automobile dealers.

In a press release, Tesla Motors provides a link to the “Follow the Money” website that clearly reveals how much the MADA has contributed to Hune’s campaigns since 2002. (3)

On October 16, 2014, the “Tesla Motors Team” posted a press release on the company blog titled, “A Raw Deal in Michigan”. The release details how “By striking a single, but critical, word from MCLA 445.1574” the dealers have effectively prohibited Tesla from “opening a store in Michigan”.

But wait, that isn’t all the amendment accomplished for the MADA. Tesla Motors states that amendment also, “…seeks to prevent Tesla from operating a gallery in Michigan that simply provides information without conducting sales. We could even be barred from telling people about our car.”

Explaining to the public that the “officials at the Federal Trade Commission have spoken out about the potentially harmful consequences of the dealers’ anti-competitive behavior”, the press release details how this bill hurts consumers.

When a similar “body of law” was brought before the Massachusetts Supreme Court in September, the court “handed down a ruling that made it clear that such laws were not intended to exclude a manufacturer without franchise dealerships from selling to consumers directly”. Pollesch and Tesla officials both point out that the technicality in the word change of the amendment allowed Hune to hide the provision from other legislators so a debate could be avoided. It’s the lack of transparency that has created the media outcry. The Patch article states that “…Hune’s ties to special interests trump his obligation to voters.”

And then there is what The Patch calls “backdoor policymaking”. The article further concludes that the one benefiting is “… an organization for which his [Hune’s] wife’s employer lobbies” and that this directly “poses a conflict of interest, to say the least”.

Reuters reported on October 21, 2014 that Michigan was the fifth US to “thwart Tesla’s direct car sales”. (4) Michigan Governor Snyder’s letter to the state House of Representatives emphasized that the amendment “merely ‘clarifies’ existing law not to allow direct manufacturer-to-consumer retail sales”. The sales “must be made through franchised dealers”.

Governor Synder also stated in his letter: “A healthy, open discussion can and should be had over whether the current business model in Michigan should be changed.”

Tesla officials were please with Governor Snyder’s statement and commented that it meant a discussion would happen within the legislature. The other states that have prohibited Tesla from direct sales are New Jersey, Arizona, Texas and Maryland. Unlike Michigan these states allow Tesla to have “galleries”.

The Tesla Motors website has a section about the two Texas galleries it operates and the Texas law that prevents company employees from discussing with potential customers: (5)

–> Cannot refer customers to another store out of state.

“This puts Tesla at a serious disadvantage and inhibits our ability to reduce misconceptions and educate people about Electric Vehicles and the technology. Furthermore, people are forced to leave the gallery frustrated, lacking sufficient information about the car and the brand.”

As for the voters of Michigan and how they feel about Hune’s amendment move? Apparently, the majority of voters agree with the bill since Hune was re-elected. (6)

Yet, despite the attempt of states such as Michigan to prevent the company from selling its electric vehicles, Tesla appears to be prevailing with galleries in 21 states and a 126 charging stations so far, giving customers free access to recharging their vehicles. (7)