Why Some Believe Bin Laden Was Not Dumped At Sea 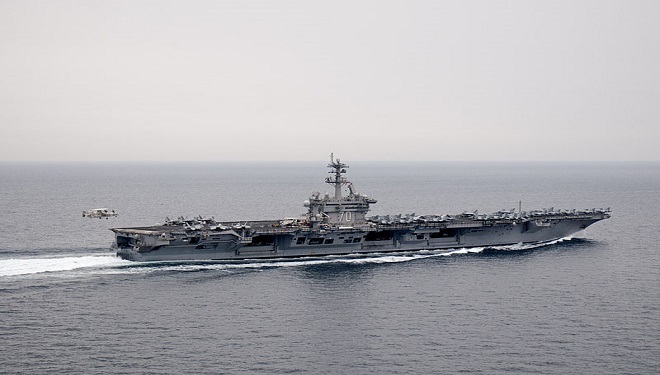 The emails were then posted on WikiLeaks, but Stratfor claimed the hackers may have forged and altered many of the emails.

The official company response was that Anonymous were thieves and the company would not be victimized a second time by defending or explaining to the public about their stolen property of confidential emails.

The report also mentioned that members of the offshoot hacking group LulzSec were arrested by the FBI around the same time that the emails were leaked.

Perhaps the most explosive content in the millions of emails published was an exchange between Stratfor’s Vice President of Intelligence Fred Burton and Stratfor CEO George Friedman about Osama bin Laden’s body. A March. 2012 Mail Online article discussed the contents of the emails about whether the Al Qaeda leader was killed. (3)

On May 2, 2011, a Navy Seal team raiding Bin Laden’s compound in Abbottabad, Pakistan killed the most wanted US enemy. The military stated Bin Laden’s body was transported to the USS Carl Vinson where a traditional Islamic ceremony was held before burial at sea. (4)

According to the emails posted on WikiLeaks, Burton wrote that he doubted the official story of the sea burial. He postulates that the body of Osama bin Laden was flown via a CIA plane to the Armed Forces Institute of Pathology (AFIP) in Bethesda, Maryland. (The AFIP was closed on September 15, 2011.)

In the email exchanges, Burton states, “If body dumped at sea, which I doubt, the touch is very Adolph Eichman like. The Tribe did the same thing with the Nazi’s ashes.” (3)

The Eichman reference of the Mossad agents tracking down one of the masterminds of the Nazi Holocaust is drawing a parallel of body disposal. Eichman was convicted and executed in 1962. He was then cremated and his ashes spread over the Mediterranean Sea.

This email exchange between two executives of a geopolitical analysis company set a wildfire of speculation raging across the Internet. The official communications of the DOD published in PDF format about Bin Laden’s burial is mostly redacted and leaves room for the type of speculation that took place between the two executives. (5)

Because of the industry the two men are involved in, their speculations are weighted more than a typical conspiracy theorist’s speculations. It’s that kind of credibility that helped to fuel or, in some cases, fan the wide-spread flames of conspiracy that Osama Bin Laden’s body wasn’t deposited into the briny sea.

The AFIP was founded in 1862 to serve as the Army Medical Museum. The purpose was to collect pathological specimens and case histories. The specimens collected during the American Civil War were compared to the “Army pensions records and compiled into the six-volume Medical and Surgical History of the War of the Rebellion, an early study of wartime medicine.” (7)

Walter Reed was the museum curator in 1900 and his commission discovered that Yellow Fever was transmitted by the mosquito. (6) In 1907, museum curator, Frederick Russell’s clinical trials developed the typhoid vaccination.
The museum was renamed in 1949 to the Armed Forces Institute of Pathology and quickly became “an international resource for pathology and the study of disease”. (6)

By the time Osama Bin Laden was killed, the AFIP was in the process of shutting down the Georgia Avenue location and moving across campus to Walter Reed National Military Medical Center. It’s very unlikely if the body was being transported back to the US instead of being buried at sea that it would have been taken to the AFIP.

It’s pointed out on various online forums that Burton’s later emails state that he was mistaken and that Bin Laden had been buried at sea. It’s evident that these emails were simply one person’s speculations about what might have happened or what was going to happen. Yet, they became a centerpiece of a conspiracy theory about the disposal of the terrorist’s body.

The facts were distorted by the speculation of someone perceived as an authority and were taken as inside knowledge. This untruth was repeated over and over as a truth and soon became a commonly held belief. 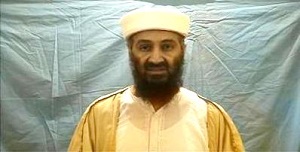 Why a Secret Burial?

The flip-side of speculation emails published by hackers is the heavily redacted military email exchanges that were reported by CNN in November of 2012. Obtained from the DoD (Department of Defense) through a Freedom of Information lawsuit, the ten emails unveil “communications between high-ranking officers, the e-mails describe Islamic burial procedures being carried out with no fanfare…” (8)

A May 2, 2011 email to former Joint Chiefs Chairman Mike Mullen detailed the burial with the code words used by naval officers after the raid was over. Email exchanges between two admirals stated, “FEDEX delivered the package. Both trucks are safely enroute home base.” (8)

Perhaps the biggest cause for speculation, rumors and conspiracy is the secrecy that cloaked the sea burial, which very few personnel on board the ship knew about.

A March 2014 Daily Mail report on Mail Online stated that the real reason no photos of Osama bin Laden’s body were ever released was because the Navy Seal team “unloaded multiple magazines full of ammunition into the dead terror leader’s corpse”. (9)

However, the White House has always stood firm in its conviction that any photos of the body or “the burial at sea would be used as propaganda by terror cells”. (9)

Still, many people believe that not showing the photographic evidence simply served as another springboard for conspiracy theories and fostered countless false conclusions and outright untruths.