Journalist Jeffrey Weinhaus: Why Was He Shot And Jailed? 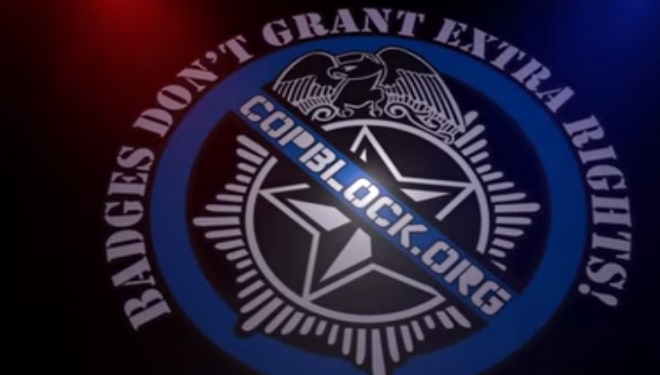 SallyPainter view more articles
Facebook 0 Twitter 0 Pinterest 0 Google 0 LinkedIn 0
Editorial Note: This is simply a review of a video and the events surrounding it. It does not necessarily reflect the editors’ or the author’s belief that this video is credible. Clips of the videos are included so you can make up your own mind.

The YouTube video “Missouri Journalist Silenced, Shot & Caged for Questioning ‘Authorities’” is like a movie script that involves a shooting, accusations of political power, a cover-up and corruption.

The group Cop Block compiled the story of Jeffrey Weinhaus and how he ended up being shot and then jailed even though according to Cop Block he didn’t harm anyone. (1) Cop Block is “a decentralized project supported by a diverse group of individuals united by their shared goal of police accountability”. (2)

Cop Block describes Jeffrey “Jeff” Weinhaus as a journalist. He is also called a publisher and he made a YouTube video that upset quite a few people in law enforcement, specifically a judge. Weinhaus was also running for the office of Crawford County coroner but that isn’t revealed until the end of the Cop Block video.

It all began on YouTube when Weinhaus conveyed his ideology of the US government. In the video, he issues a warning for politicians, especially those of Crawford County to walk away from their jobs so the country can start over.

He stated that they should have resign on Constitution Day, September 17, 2012, or that they would be removed from office, tried for treason and executed. It’s important to understand this is the context of what started everything that ended with Weinhaus being shot. While Freedom of Speech is a First Amendment Right, was it unreasonable to find the Weinhaus video disturbing and perceive it as a threat?

According to Cop Block, a Missouri (3) judge, Kelly Parker saw the Weinhaus video and immediately felt that Weinhaus was threatening him personally. Cop Block states that the judge was never mentioned in any video and there’s no evidence that Weinhaus knew Parker.

There appears to be no connection between the two men other than the judge viewing the video. However, Weinhaus does mention judges and circuit judges as those he wants out of office. Was it really unreasonable for Judge Parker to believe that was a direct threat?

Cop Block reports that the September 17, 2012 hearing revealed that Judge Parker felt so threatened by the YouTube video that he contacted the Missouri Governor’s office to request an investigation.

On October 20, 2012, during Weinhaus’s trial, Highway Patrol Officer Sergeant Folsom testified that in August of 2012 Judge Parker called him about the video and asked him to investigate a “harassing YouTube video” that the judge felt was a threat to him.

The same video, according to Cop Block, was viewed by the FBI and various law enforcement officials from federal, state and county agencies. The conclusion was that the majority of things Weinhaus said in the video were protected under the Frist Amendment of freedom of speech.

However, Cop Block states that the decision was made that Folsom would go to Weinhaus’s home to discuss the video and determine if Weinhaus was a danger to anyone, including himself.

Cop Block states that when Folsom and his partner Corporal Mertens knocked on Weinhaus’s door he smelled marijuana. After talking with Weinhaus for thirty minutes, Folsom and a local officer went into town to get a search warrant when Weinhaus refused to allow Folsom entry.

When Folsom returned with the warrant four hours later, he confiscated a “small amount of marijuana” and 1.5 morphine pills (for which Weinhaus had a prescription) and Weinhaus’s computer and cameras.

Cop Block concludes that the sole purpose of the search warrant was to confiscate Weinhaus’s equipment. This left him unable to conduct his publishing/journalism business or make videos. It’s also pointed out that Folsom failed to report his actions to the local sheriff as required by law. His defense was that he couldn’t get a cellphone signal.

The expose states that Weinhaus rented a computer and complained to Folsom’s boss Sean Satterfield. Weinhaus threatened to sue if his equipment wasn’t returned. Cop Block reports that on September 11, 2012, Folsom called Weinhaus to arrange returning the man’s equipment. Instead of doing so at Weinhaus’s home, the men met at a gas station near Weinhaus.

Folsom and Mertens met Weinhaus at the gas station. Folsom admitted during the trial that the returning of equipment to Weinhaus was a ruse. Their intention was to arrest Weinhaus. Other officers and two FBI agents were waiting along nearby roads.

Distrustful of the officers, Weinhaus left his cellphone on during the exchange while his ex-wife recorded the events on her computer. Weinhaus also had a dash cam and a watch recorder on his wrist.

Cop Block includes the clips of the video and audio recordings. When Weinhaus steps from his vehicle, Folsom asks why he’s carrying a gun. Weinhaus asks Folsom why he has one and the officer replies he’s authorized. Weinhaus says he’s also authorized, but his words are cut off as Folsom orders him down on the ground.

According to Cop Block, Weinhaus responds, “You don’t have to shoot me, man.” The video shows Folsom drawing his pistol and a series of gunshots sound in succession. Cop Block reports that Folsom shot Weinhaus twice in the chest, then once in the head and fired a fourth bullet that brought Weinhaus face first onto the ground. Mertens also fired twice.

The expose reports that during the trial, the officers stated that Weinhaus said, “You’re going to have to shoot me, man.” It also states that Folsom testified that he told Weinhaus to get his hand off of his gun, but claims that the video and audio files dispute this as well.

A document is shown on the screen of supposed testimony where Mertens states Weinhaus didn’t have his pistol drawn and that his hands and arms were “hanging by his sides”, and that an eyewitness backed up this testimony.

Cop Block states that when Folsom called for an ambulance using his patrol radio the audio records reveal an unidentified Missouri highway patrol employee saying immediately after the call for an ambulance, “They’re messing with Weinhaus again.”

This was followed by a voice identified during trial as a Lieutenant Seals responding, “Not over the radio.”

Weinhaus lost 4 pints of blood and was flown to the hospital by helicopter. He survived his injuries. He was later arrested the day before his hearing with hopes to all charges dismissed.

In the video, Cop Block speculates that Sean Satterwhite, Folsom’s boss sent junior officer Folsom to “shut up” Weinhaus. The motive revealed at the end of the video describes how Weinhaus was a current candidate for the Crawford County coroner position.

It states that part of Weinhaus’s campaign platform was to reopen two cases of killings by Crawford County Deputy, Paul Satterfield cousin of Sean Satterfield. Cop Block further that Folsom received a written reprimand and was placed on an extended medical leave.

In the closing of the video, the narrator states that many of the multiple charges against Weinhaus were tossed out by the judge, but three weren’t and these are the ones that the jury convicted him for. The FBI didn’t testify and despite the video and audio recordings, Weinhaus was pronounced guilty of assaulting a law enforcement officer, armed criminal action and of possessing marijuana. Cop Block reports that Weinhaus is serving a 25-year sentence, yet never harmed anyone.

According to the Emissourian, the jury recommended a 63-year sentence. The judge sentenced Weisen to 30 years for each of the two counts of “armed criminal action and assault on a law enforcement officer in reference to Mertens”. The judge ruled that the sentences be served consecutively along with 2 years for possession of marijuana. (4)

If you watch the Weinhaus video (above) that started all this, you may have a better understanding why Judge Parker and others became concerned about Weinhaus’s threats. Specific people, such as Paul and Sean Satterfield are mentioned while others are referenced as “State courts administrator, circuit judge and police-man” and others in law enforcement. (5)

Jeffery Weinhaus didn’t hurt anyone, claims Cop Block. What do you think? Did Weinhaus incite with his video threats and suffer retaliation as some claim? Or, did Folsom simply over-react when he saw Weinhaus was armed?