Have Researchers Found the Spark of Life? 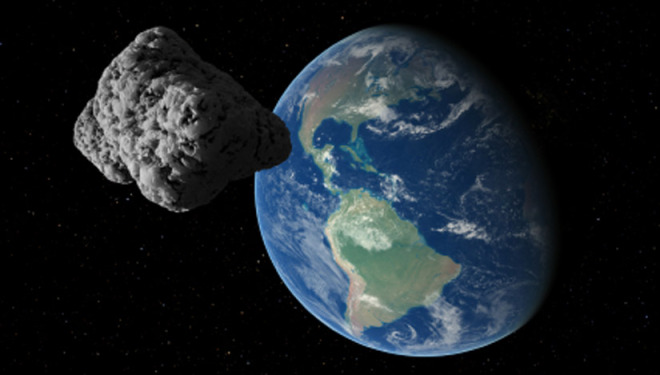 Jenny Lewis view more articles
Facebook 0 Twitter 0 Pinterest 0 Google 0 LinkedIn 0
How did life on Earth begin? It’s a question that scientists have long been searching for the answer to. Svatopluk Civis, of the Czech Academy of Sciences, and his team took a step closer, using basic chemicals and a big laser. Their findings were published in the journal Proceedings of the National Academy of Sciences in December 2014.

The experiment consisted of zapping a soup of chemicals and clay with a high powered laser to simulate the effects of an asteroid smashing into the Earth.

Back in 2001, two Italian scientists reported that formamide was crucial when it comes to studying how life first began. For this reason, formamide (1), which is produced when hydrogen cyanide reacts with water, made up the basis of the chemical soup.

Formamide, incidentally, is a molecule found in the tails of comets and, some scientists argue, on pre-life Earth. It contains carbon, hydrogen, oxygen and nitrogen (2), which are the four building blocks of life.

The laser was approximately 500 feet long (3) and was only concentrated on the chemicals for a billionth of a second. In that moment, the laser generated the heat, over 7,600 degrees Fahrenheit, X-rays and UV radiation (1) equivalent of a high speed asteroid impacting the Earth.

Asteroids play a large part in the theories of how life started. Life began on Earth 4 billion years ago (1), which is known as the Late Heavy Bombardment period. During this time, 10 times (3) more comets, asteroids and space debris collided with the planet than before or since, due to the large asteroid belt in the solar system at the time.

Some scientists have suggested that formamide would have been abundant on Earth during this period, although others argue that it would not have been concentrated enough, if it existed at all on the planet, to create life.

Civis has a comeback for those scientists, suggesting that formaldhyde could have sparked the chemical reaction instead. “Maybe you can do additional experiments, for example, with formaldehyde,” he says. “Formaldehyde was the first molecule found in space.” (2)

Once Civis’s team had exposed the chemicals and clay to the laser beam, they studied the results. What they found was that the laser had broken down the chemical compounds which had reformed into the four base building blocks of RNA, the primitive and simpler form of DNA, from which life began. Those four compounds are adenine, guanine, cytosine and uracil, the first three of which are also found in DNA. This experiment is the first time that these compounds have been created together under one set of controlled conditions (1).

An exciting result; however, while Civis and his team have potentially discovered what started life on our planet, the question of how these chemicals joined to create cells, which could multiple into life, still remains unanswered.

Not All Scientists Agree

Other scientists have downplayed the experiment, claiming that the RNA compounds created were too small to create life and are therefore irrelevant (3). The main problem is that there are so many variables. It would have taken the exact conditions on Earth and during the asteroid impact for the chemical reaction to have occurred and been sustained long enough to create and maintain life.

These chemical bases of RNA have been created under other conditions. Markus Ralser, from the University of Cambridge, stumbled across evidence that these chemicals could have been spontaneously created in Earth’s ancient ocean (4).

The Archean Ocean, which covered the majority of the planet 4 billion years ago, would have been void of oxygen and instead rich with iron, other metals and phosphate which have the potential to produce the chemical reactions seen in creating cells. Although, again, other scientists claim that this evidence is lacking in substance.

How life came to start, whether by asteroid, chemical reaction or within the depths of our own oceans, still remains a mystery but it seems humankind is one step closer to discovering the truth. These experiments are only the beginning.