US Deploys a Laser-Laden Drone Hunter in the Persian Gulf 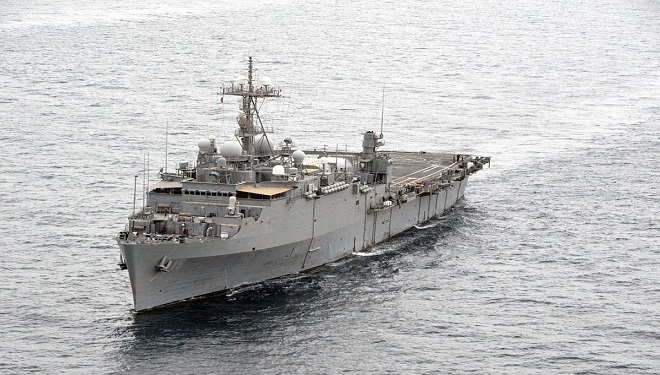 Allen Taylor view more articles
Facebook 0 Twitter 0 Pinterest 0 Google 0 LinkedIn 0
As if it’s not enough to have the strongest, biggest, and most equipped military in the world, the U.S. is beefing up its operations by deploying a laser weapon in the Persian Gulf.

The Navy is so proud of the USS Ponce that they gave the ship its own website. (1)

The ship was originally commissioned in 1971 as an amphibious transport dock (LPD). There are various classes of this type of naval vessel, but they are generally used for transporting and embarking war fighting assets to land, such as the amphibious assaults the U.S. made at famous World War II battles like Normandy and Southern France. LDPs have also been used for landing aircraft.

In 2011, the USS Ponce was scheduled for decommissioning, but it was reclassified instead as an Afloat Forward Staging Base in January 2012.

So why does it need a laser weapon? Despite having small arms on board to combat small boats, Naval leadership believes the Ponce Laser Weapon System is necessary to destroy small boats and drones. (2) In other words, drones.


Who Has Drones In The Persian Gulf?

Naval leadership believes that drones could be a bigger threat in the future. (3)

According to the International Institute for Strategic Studies, only 11 nations currently have unmanned aerial vehicles, better known as drones, in their military arsenals. (4) Of those, only Iran has a coastline along the gulf.

Iran has a couple of known drones, The Mohajer 4 (5), which is used for tactical reconnaissance missions, and The Karar, a bomber drone. (6) China, Turkey, Russia, India, and Israel also have drones. (4)

In 2011, a U.S. drone crashed in Iran (7), and this has some defense industry experts worried that Iran may reverse engineer the technology, if they haven’t already, and create their own stealth drone, or sell the technology to China or Russia. Hamas has also been known to fly drones into Israeli space. (8)

Pakistan is another country not always friendly toward U.S. interests believed to now have or to be developing drone technology. (9)

Nevertheless, U.S. Chief of Naval Operations Admiral Jonathan Greenert has said that the Navy’s laser weapon was not designed or deployed specifically to combat any one nation’s weapons systems. (3) He does admit, however, that the weapons test could lead to a more powerful weapon for the Navy by 2021.

What The LaWS Can Do For The Navy

The weapon sits on the USS Ponce’s flight deck bridge and has already been used to shoot down drone targets in its testing phase.

The testing period for the laser weapon is expected to last for 12 months. It was installed on the USS Ponce in August 2014.

Long range, the Navy expects the results from this testing period to be used to develop high-energy laser weapons for its entire fleet. Industry teams at Northrop Grumman, BAE Systems, and Raytheon have been selected to develop designs for such systems. (10) 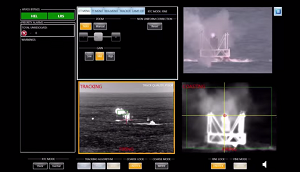 Will The Next Major War Be A Drone War?

Those old enough to remember the Cold War know how the proliferation of nuclear technology led to the widespread development of American bunkers in the 1950s and several close calls (14) that could have ended up completely annihilating planet Earth. Since the largest nation in the world already has an active drone program (15) with no end in sight, it seems to reason that its enemies will want technology to counter that threat and develop their own arsenal of weapons of equal intensity. That fear is what is leading the U.S. to develop its anti-drone weapons at breakneck pace.

All of this spells one thing: The next Cold War will likely be a race to develop the most lethal and stealthy drone technologies coupled with laser defense systems designed to combat these robotic pests. The next arms race could very well be an unmanned one.