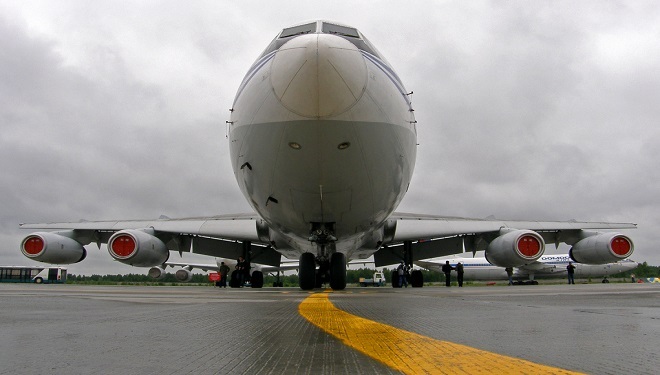 Mark Whittington view more articles
Facebook 0 Twitter 0 Pinterest 0 Google 0 LinkedIn 0
Those people who lie awake at night worried about global warming have something else to fret about. According to a recent article in Science (1), global warming might well disrupt air travel.

According to a recent study, warmer air tends to be less dense, thus reducing the lift that causes an aircraft to become airborne. On certain days in the summer, this means weight restrictions have to be put in effect, decreasing the numbers of passengers and baggage that are allowed in an airliner.

Using a climate computer model, scientists projected what this would mean to airports in Denver, Phoenix, New York, and Washington D.C. by the 2050s to 2070s, assuming that only minimal efforts are undertaken to mitigate global warming. The study used a modern Boeing 737-800 airliner as its baseline.

A number of reactions come to mind when reading of such a study.

The first reaction is to question the veracity of the computer model. As the global warming skeptic site Whatsupwiththat (2) points out, the earth has just entered the 19th year of there being no global warming.

This phenomenon has run contrary to computer models that climate scientists have used to predict global warming for the past two or three decades. Part of the reason for this is that the models do not account for other factors that affect climate besides the presence of greenhouse gasses in the atmosphere, such as the heat output of the sun, which tends to vary.

The second reaction is to wonder how one imagines that a 737-800 would still be in service 40 to 60 years in the future. Gizmodo (3) points out that NASA, which researches aviation as well as space technology, is developing concept aircraft that will be as different from today’s airliners as the 777 is from the first generation 707 jetliner.

Before 2050, people will likely fly in airliners shaped like flying wings, which would have more aerodynamic lift, at supersonic speeds. This suggests that the problem of warm air not having as much lift is going to be fixed in the normal course of the advance of aviation technology.

Finally, again long before 2050, whatever problem that human-caused global warming might present will likely be fixed by normal advances in energy technology.

What the Future Holds

The New York Times (4) reports that some researchers have developed a method of cheap carbon capture using fuel cells. The idea is to place a fuel cell next to a coal-fired generator smoke stack.

The fuel cell absorbs the CO2-laced air along with natural gas and puts out electricity and steam laced with the carbon dioxide. Some of the electricity put out by the fuel cell is used to chill the CO2 to liquid so that it can be easily siphoned off and sequestered.

MIT (5) is working on a new type of photovoltaic cell that gives off extra electrons from visible light, thus more than doubling the efficiency of conventional solar cells. If the cells can be manufactured cheaply on an industrial scale, solar energy would become competitive to even relatively cheap natural gas. Every home and every building could be outfitted with solar electricity units to power their lights and air conditioners.

Finally, Lockheed Martin (6) claims that it has solved one of the vexing problems that has stood in the way of commercial fusion energy. The problem is that it takes more energy to start a controlled fusion reaction than it puts out.

The company believes it can build a relatively cheap, compact fusion power unit that can generate 100 megawatts of electricity. It can be hooked up to the current power grid and transported on a trailer truck. The technology puts out no greenhouse gasses and has far fewer radiation problems than nuclear reactors. Compact fusion may be ready in 10 to 15 years.

The main takeaway, as the old saying goes, is that making predictions is hard, especially about the future.