The CIA Phoenix Program: US Government is No Stranger to Torture

Allen Taylor view more articles
Facebook 0 Twitter 0 Pinterest 0 Google 0 LinkedIn 0
Editorial note: The opinions expressed in this article are not necessarily those of the editors of this site.

Dick Cheney can’t stay out of the news (1). And every time his name comes up, it is associated with Guantanamo Bay, Abu Ghraib, and torture.

The New York Times recently ran an editorial (2) calling for President Barack Obama to prosecute Cheney, former President George W. Bush, and others as illegal torture peddlers. But there is lingering doubt that Obama will act on that recommendation since he is, in his own words, more interested in looking forward “as opposed to looking backwards”. (3)

Of course, while torture has been a controversial issue for much of Obama’s term as president and for most of his predecessor’s, it’s nothing new to U.S. policy.


What the CIA Phoenix Program Was

From 1967 to 1971, the Central Intelligence Agency ran a secret government operation called Phoenix. (4) At the time, the program was classified and, due to the unpopularity of the Vietnam War, it received wide public scrutiny. In fact, many war protesters called it an illegal assassination program. (5)

The Phoenix Program’s official stated purpose was to gather intelligence on the communist Viet Cong and share that information with South Vietnamese military and government leaders. The program has been heralded a success due to its ability to “gain detailed knowledge about the Viet Cong and to disrupt that organization”. (5) So what does “disrupt” mean, exactly?

To many detractors, it means exactly what it sounds like: assassination. In fact, the program is known to have resulted in about 20,000 deaths. (4)

One of those is a South Vietnamese interpreter by the name of Thai Khac Chuyen. (6) Chuyen was accused of being a double agent and killed by six Special Forces soldiers in 1969, but those soldiers were never held accountable for their actions because U.S. political leaders didn’t want key witnesses to testify. Therefore, a trial for the soldiers could not be staged. This event led to Daniel Ellsberg copying key documents and releasing them to the press.

Rightly or wrongly, the U.S. developed a reputation for murder on the battlefield, an irony not lost on political conservatives who have criticized journalists for losing the Vietnam War merely by reporting on ugly incidents like Chuyen’s assassination, and his treatment prior, and the My Lai Massacre. (7) 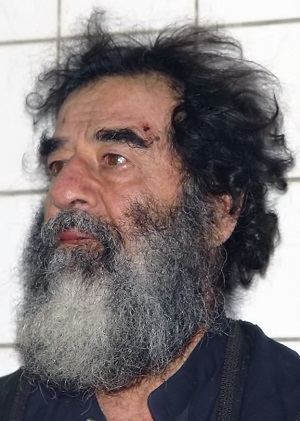 Is The Phoenix Program Still Alive And Well?

In 2003, George W. Bush and his administration used weapons of mass destruction as an excuse to invade Iraq and remove Saddam Hussein from power. Three years later, the president admitted that Iraq did not have WMD and had nothing to do with the attacks on the World Trade Center in 2001. (8) But that didn’t stop him from continuing to justify the Iraq War anyway, nor did it stop him from keeping the torture chambers at Abu Ghraib open.

Then, in 2013, when Syria was the hot news item, some of the critics of U.S. foreign policy asked whether The Phoenix Program was alive and well in Syria. (9) We should be asking if it’s alive and well today.

Just a few days ago the Senate Intelligence Committee released its findings on harsh interrogation techniques pioneered by Bush and Cheney. What was the result? Torture techniques were used and resulted in little useful intelligence. (10) But that won’t stop Cheney from defending those techniques. (11) Nor will it stop Obama from making hollow promises that we can put the past behind us even as he pioneers the use of drones for indiscriminately killing civilians. (12)

But killing isn’t torture. Despite Gerald Ford signing the first executive order (E.O.) to ban assassination attempts of foreign leaders, virtually every administration since then has engaged in it even as they tightened the reigns on the practice through subsequent E.O.s. (13)

Before E.O. 11,905, the U.S. engaged in overt assassination attempts. (14) Afterward, it’s mostly been fancy footwork and word play. We’ll kill them, but that’s not assassination even if there is no formal declaration of war. By the same token, we won’t torture anyone, but we will use “enhanced interrogation techniques”. The Phoenix Program may be history in its official capacity as an inconvenient public relations thorn for American foreign policy, but in spirit, it lives on.