Want to be a G-Man? FBI Seeking Techies to Become Cyber Special Agents 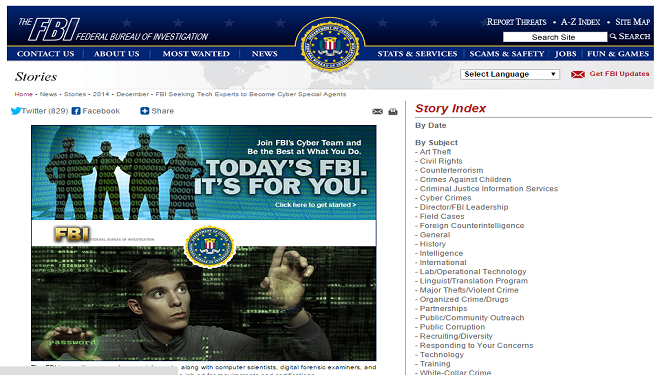 This Joseph Heller gem from his literary classic Catch-22 has become a clichéd American aphorism, a joke where the punch line is as close to reality as the source of its inspiration. Welcome to the world of the FBI, where special skills like computer hacking and cyber poaching qualify you to catch people committing the same crimes you’re skilled at.

The Federal Bureau of Investigation (FBI) is seeking the talents of cyber experts to help fight the next big trend in major crime (1).

To qualify for the job, you have to pass a background check and a fitness test. In other words, you can’t be a lazy criminal. You just have to think like one.


What Cyber Special Agents Will Do For The FBI

If you’re hired for the job, you’ll help the agency fight cyber security crimes that include counter-terrorism, hacking (such as the now famous attack on Sony Pictures Entertainment using North Korean IP addresses [2]), and investigating criminals, criminal organizations, or people suspected of committing a crime. The FBI is looking for people with the following skills:

More information about the necessary skills and background of potential candidates can seen on the FBI’s certification list (3).

The job announcement is good until January 20, 2015. Agents hired for the position will be required to spend 19 weeks in training away from their families at the FBI Academy in Quantico, Virginia.

After graduation, you may be transferred to any of the 56 field offices of the FBI, to include locations in Hawaii, San Juan, Puerto Rico, or Anchorage, Alaska. You’ll also be required to carry a firearm and be prepared to use deadly force, if necessary, as you push yourself to work 50+ hours per week. 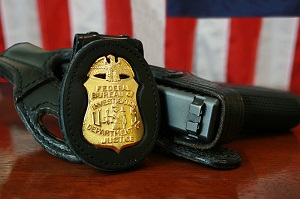 FBI cyber special agent positions are high-impact positions that involve long hours and a lot of stress. You must be at least 23 years old with a college degree and less than 36-1/2 years of age to qualify (5).

The FBI is also looking for cyber experts with full-time work experience. Preferred degrees for the position include:

If you have worked as a computer programmer, a computer forensics expert or investigator, a network administrator, a database administrator, or other professional with similar background experience and have the requisite educational background, then you could join the ranks of other special agents signing up to fight cyber crime in the 21st century.

Potential cyber security agents with advanced degrees can be employed by the FBI with less work experience. If you can speak a foreign language, you’ll have a leg up on other candidates for the position. Veterans of the armed forces also enjoy job preference.

The FBI’s Hiring Process for This Position

If you apply for the cyber special agent position with the FBI, you can expect to take a Phase I test, which you can only take if you are currently in the U.S. or take upon your return to the continental U.S.

You’ll also have to take a Phase II test and a physical fitness test as well as undergo an FBI background check along with a medical examination.

For more information on the hiring process, visit the FBI’s career website and fill out an application (6).