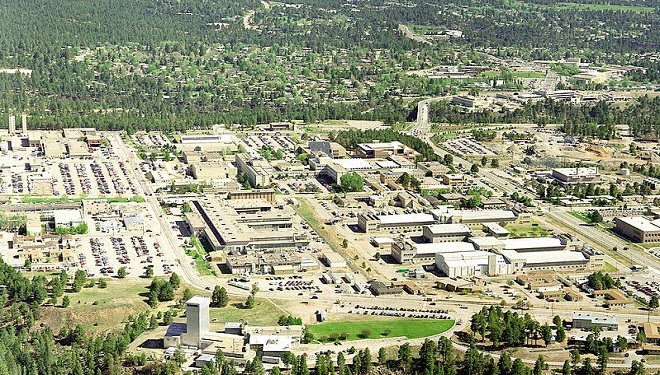 Mark Whittington view more articles
Facebook 0 Twitter 0 Pinterest 0 Google 0 LinkedIn 0
The Cold War is long over, yet foreign governments persist in trying to ferret out American nuclear secrets. A modern-day version of the Rosenbergs, Dr. Pedro Leonardo Mascheroni, Ph.D and his wife, Marjorie Roxby Mascheroni, were caught trying to steal restricted information from the Los Alamos National Laboratory where both had worked.

According to the Office of the United States Attorney for the District of New Mexico (1), they planned to pass it along to an individual they believed was an official of the Venezuelan government.

Whether the unnamed individual was, in fact, a Venezuelan or an FBI agent engaged in a sting operation is not revealed. However, the press release states that no one connected to the Venezuelan government was suspected of actually receiving or seeking the restricted data.

Dr. Mascheroni has admitted “that in November 2008 and July 2009, he unlawfully communicated Restricted Data to another individual with reason to believe that the data would be utilized to secure an advantage to Venezuela. He also admitted unlawfully converting Department of Energy information to his own use and selling the information in November 2008 and July 2009, and failing to deliver classified information relating to the United States’ national defense to appropriate authorities and instead unlawfully retaining the information in his home. Finally, Mascheroni admitted making materially false statements to the FBI when he was interviewed in October 2009.” (1)

According to the Washington Times (2), Mascheroni faces up to five and a half years in prison and ten years of supervised release.
Mrs. Mascheroni has also confessed to a number of crimes, including, “conspiracy, and counts 16 through 22, charging her with making false statements. She also pleaded guilty to a felony indictment charging her with conspiracy to communicate Restricted Data. Roxby Mascheroni admitted that between October 2007 and October 2009, she conspired with Mascheroni to convey Restricted Data belonging to the United States to another person with reason to believe that the information would be used to secure an advantage to Venezuela. She also admitted making materially false statements to the FBI when she was interviewed in October 2009.”

She has already been sentenced to a year and a day in prison.

Shades of Julius and Ethel Rosenberg

The Mascheroni case brings to mind the World War II-era case of Julius and Ethel Rosenberg (3), who were members of the Communist Party and part of a spy ring that disseminated nuclear secrets from the Manhattan Project to the Soviet Union.

The secrets were stolen by Ethel Rosenberg’s brother, Sgt. David Greenglass, who worked as a machinist at the project. The classified data was in turn handed off to Harry Gold, a Swiss-born courier, who passed them along to Anatoly A. Yakovlev, the Soviet Union’s vice-consul in New York City.

The Rosenberg ring was finally unmasked in 1950. While Greenglass and Gold received prison sentences, both Rosenbergs were sentenced to death.

The executions, which took place on June 19, 1953, were a matter of some controversy at the time.

For decades, many alleged that the Rosenbergs were innocent, having been persecuted as part of the McCarthy-era witch hunts. However, with the fall of the Soviet Union and the opening of KGB records, their guilt was confirmed.