Is there an Herbal Supplemental Conspiracy? 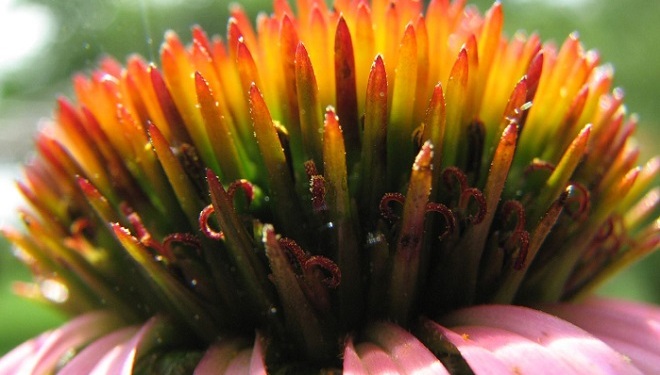 SallyPainter view more articles
Facebook 0 Twitter 0 Pinterest 0 Google 0 LinkedIn 0
Have you ever wondered why some people swear by herbs and have outstanding results, but you simply didn’t realize any or very little benefit when you tried those herbs? It could be that you weren’t actually taking herbs but something quite different. If there is a conspiracy, it’s designed to scam the consumer.

A 2013 Canadian study conducted by the Biodiversity Institute of Ontario uncovered the scamming practices of some herbal supplement manufacturers. These companies mixed herbs with various fillers that diminished the traditional medicinal benefits of the herbs (1).

The Canadian team conducted a blind test using DNA barcoding to authenticate 44 herbal products from 12 companies. The products were from 50 leaf samples taken from 42 herb species.

As part of the study, the team required a reference for the herbal barcoding and had to create the “first standard reference material (SRM) herbal barcode library from 100 herbal species of known provenance.” These were needed to help the researchers “identify the unknown herbal products and leaf samples.”

The scientists were able to authenticate 48% of the products, but 1/3 “contained contaminants and or fillers not listed on the label”. The team further discovered that out of 44 products tested 30 contained substitutes for the product.

In addition, only 2 out of the 12 companies tested, “had products without any substitution, contamination or fillers”. 59% of the products that the team tested, “contained DNA barcodes from plant species not listed on the labels.” Perhaps one of the most disturbing finds was that, “Some of the contaminants we found pose serious health risks to consumers.”

An October 2013 NY Times article quoted chief science officer at the American Botanical Council Stefan Gafner saying he believed that the study was flawed. Dr. Gafner blamed the “bar-coding technology” as giving inaccurate readings since the technology “could not always identify herbs that have been purified and highly processed.”

Dr. Gafner told the Times that he agreed stricter quality control was needed in the herbal industry, but that the study had blown the problems out of proportion (2).

According to the Times, the Food and Drug Administration (FDA) uses bar-coding technology to test products. The FDA has issued warnings to companies based on bar-coding findings. In fact, the FDA prosecuted seafood sellers for “misbranded” products (3).

It’s important to note that the Times reported the DNA technique has been used in studies of the herbal tea industry. Those findings demonstrated a “significant percentage contain herbs and ingredients that are not listed on their labels”.

The testing system for herbal companies is an honor system with very little regulatory oversight. This leaves a door open for abuse and deceptive practices. In fact, the FDA relies heavily on these companies to test their own products as being safe for consumer use. The Times reported that the herbal supplements are basically considered to be safe until they are proved unsafe.

These particular products failed DNA testing for the plant materials listed on those products. The NY Attorney General’s office reported that the majority of the products tested failed the DNA testing (5).

According to the State’s February press release, the stores were cited “for allegedly selling store brand herbal supplement products in New York that either could not be verified to contain the labeled substance, or which were found to contain ingredients not listed on the labels.”

Some of the herbal products cited were Echinacea, Ginseng, St. John’s Wort, and others. Each company must provide detailed information to Attorney General Schneiderman about the “production, processing and testing of herbal supplements sold at their stores, as well as set forth a thorough explanation of quality control measures in place.” In the February press release, the NY Attorney General’s office stated, that so far the DNA testing revealed that only 21% of the test results could verify DNA from the plants listed with “79% coming up empty for DNA related to the labeled content or verifying contamination with other plant material.”

Walmart had the “poorest showing for DNA matching products listed on the label.” Walmart testing revealed only 4% of the company’s products tested had DNA from the plants listed on the product labels.

Listed as contaminants were many foodstuffs, such as asparagus, alfalfa, legume, pea, wild carrot, rice and wheat. Dracaena listed as a houseplant was found in several testings as was spruce and cassava (tropical tree root).

A majority of the identified contaminants weren’t listed on the label, which poses a health risk to those individuals suffering from allergies to many of these ingredients.

For decades, many legislators have called for more stringent control over the Supplement Market, (6) especially the herbal market. In light of the NY Attorney General’s investigation, the flood gates that have blocked new laws to govern herbal supplements may soon be lifted.