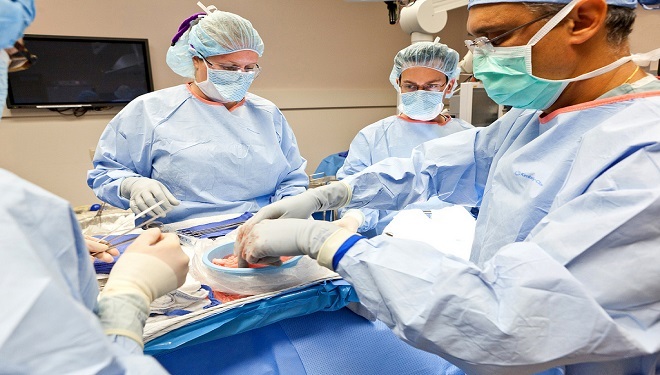 In a December 2014 press release, DoD announced the “multi-million dollar grant funding pools” that are dedicated to the research of technologies for organ and tissue banking (1).

The monies earmarked for the grants could conceivably be awarded $3 to $3.5 million to each team (including phase 1 and phase 2 awards).

The goal of supporting the “commercialization of science” also supports the military’s health goals. These would see that organs and tissues were readily available for military personnel, something that is currently complicated by availability, waiting lists and – the most pressing – time factor.


New DoD Grant Move Could Be a Game Changer

In a related press release from the Organ Preservation Alliance (OPA), the organization’s President and CEO, Sebastian Giwa, PhD stated,

This bold step by the DoD will enable the crucial breakthroughs needed to create a future in which we can stop biological time for human organs, in much the way that we have, for decades, been able to bank stem cells, human eggs, sperm and embryos.” (2)

The demand for tissues, according to the OPA is “vast” and the supply is limited due to the time-factor between harvesting and transplanting organs. If the “organ banking technology” limitations could be solved, then the ability to save lives would grow.

The press release stated, “35% of all deaths in the U.S. could be prevented or substantially delayed by organ transplantation, and this move by the DoD could be a true game changer.” (2)

The current technology that allows organ transplantation storage is limited. This is a major problem that limits the use of donated organs. The organs only remain viable for a fairly short time. The time lapse between harvesting organs and finding matches for transplanting creates bigger issues.

Often, because of the time-stamp on donated organs, they must be discarded before any matches can be found. As an example to demonstrate just how short that time factor can be – a heart only has 4-5 hours before it is no longer viable (3).

Improving the longevity for viable organs through tissue cryopreservation could greatly increase the number of patients helped.

Professor Jacob Lavee, world-leading heart transplant surgeon said, “If we could get longer preservation, so that just half of the wasted hearts and lungs could be used, the U.S. wait-list for these organs would be extinguished in a few years.” (2)

Another part of this urgent surge to discover ways to improve the storing of harvested organs is the future. With military personnel being maimed in war, the need for organs and tissues has greatly increased over the past decade.

The instability of geopolitics and terrorists threaten to increase the future demand for organ transplants from “mass casualty events”.

An organ bank could drastically change how the military and civilian populations are helped during such trauma events and result in more lives saved.

Fewer and fewer viable organs are available for transplants and this has led to “millions of premature deaths”. Such early deaths impact individuals, families and society as a whole. The research made possible by these grants promises to deliver a brighter future to those patients waiting on long lists for organ transplants.