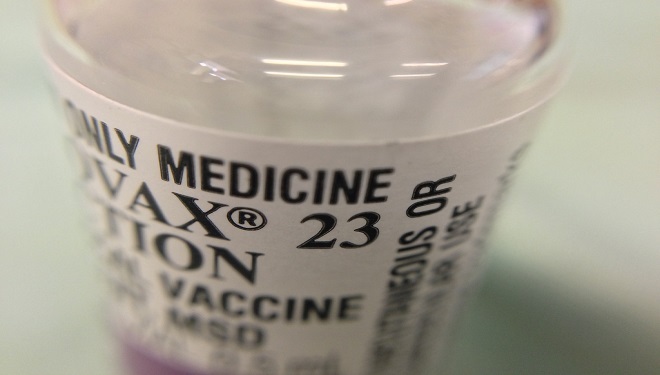 SallyPainter view more articles
Facebook 0 Twitter 0 Pinterest 0 Google 0 LinkedIn 0
Your right to choose not to be vaccinated, or more importantly your children not to be vaccinated, may soon be taken away. That’s what the National Law Journal warned in February 2015. A wave of state legislative actions across the US has human rights advocates upset (1).

The January 2015 measles outbreak that affected 14 states started an avalanche of state legislatures pushing to get bills passed that were written to make it more difficult for parents to opt out when it comes to vaccinating their children (2).

The measles outbreak was traced back to California’s Disneyland. In response, California almost immediately introduced legislation to “eliminate vaccination waivers except for medical reasons, such as weakened immune systems”.

Opting out of vaccinations due to medical reasons is allowed in all US states; however, it isn’t the main reason that most parents cite.

The National Law Journal explains that the reason most parents give for opting out of immunizing their children is for personal or philosophical beliefs followed by religious beliefs and medical reasons being the very last.


A Complex and Multi-Sided Issue

While there are seemingly just two opposite sides to the argument of vaccinations – those in favor of mandatory vaccinations and those opposed – the pro and con sides are multi-layered. For example, public health and safety are two pro arguments given for vaccination programs. Two of the cons are very different, yet equally important concerns – civil liberty and human rights.

The debate has turned to outrage with parents choosing sides. Those parents who have vaccinated their children point to those who haven’t and condemn them as less caring parents. Parents who made the decision not to inoculate their children are now faced with harder choices. Fear is motivating many to reverse their previous choices and understandably they now are making appointments to have their children inoculated.

Perhaps the darkest issue that’s always a heated one is found on the underbelly of the vaccination debates. This argument continues to fester with the distrust ever growing in a public that believes it hasn’t been told the truth about the potentially devastating side-effects that vaccines have on some children.

This distrust in vaccines heightened in 1998 when Dr. Andrew Wakefield published a paper that was later forced to be retracted that linked the MMR (Measles Mumps Rubella) vaccination with autism, seizures and neurological disorders in children who’d received the vaccines. Dr. Wakefield’s study confirmed that single dose of measles vaccine was a safer choice than the combined multiple doses of MMR (3).

Dr. Wakefield is not alone (4). Dr Steve Walker’s recent study published claims to prove that Dr. Wakefield was correct, but Dr. Walker’s work has come under attack and been discredited (5).

A different approach to this research comes from Dr. Suzanne Humphries, who went from being a doctor recommending vaccinations to her patients to an advocate touring the world educating the general public about the pros and cons of vaccinations. Unlike many vaccination opponents, Dr. Humphries is emphatic that she doesn’t advise her audiences to opt out of vaccinations. Instead, she encourages them to examine all of the evidence and then make an educated decision (6).

But, the right to make an individual decision about what is injected into your body and that of your children will no longer be an option if state legislatures succeed in recently introduced bills. 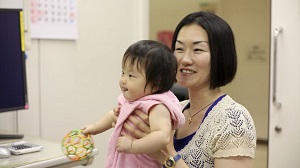 How Many Vaccines Do Children Receive?

Perhaps one of the questions that should be asked during debates over vaccinations is, “How many vaccines does the average American child receive?” This might prove to be highly revealing in the argument for and against the vaccinating of children.

According to the National Vaccine Information Center (NVIC), each child participating in the current US inoculation program through their pediatricians receives, “49 doses of 14 vaccines before age 6” and “69 doses of 16 vaccines by age 18” (7).

The organization points to the National Childhood Vaccine Injury Act of 1986 that set up a federal Vaccine Injury Compensation Program (VICP) to compensate those injured by vaccinations. That program has paid out more than $2.5 billion “to vaccine injured
Individuals, as well as to families whose children have died after vaccination in the U.S.”

To further complicate the sifting through information and coming to rational decisions, parents panic when they understand what the NVIC states, “The Institute of Medicine published a report in 2013 stating that “key elements of the entire [child vaccine] schedule – the number, frequency, timing, order and age of administration of vaccines – have not been systematically examined in research studies.” (8)

These parents must weigh the risk of vaccinating their children against vast unknowns that have never been examined in research studies. Imagine having such a vast program but no one knows what it’s doing to those vaccinated. Is it any wonder that parents are distrustful of what has been told to them?

The National Law Journal (NLJ) reports that the clash between those supporting vaccination programs and those opposed has become volatile. Barbara Loe Fisher, co-founder and president of the National Vaccine Information Center (NVIC) in Sterling, VA told the NLJ the issues are civil liberty and human rights.

“It’s a violation of the informed-consent principle that underpins the ethical practice of medicine.” (1) The NVIC is an advocate organization for parents wanting a choice in whether or not to vaccinate their children.

In 2011, Washington State passed a law requiring parents wishing to claim exemption from vaccinating their children “meet with a health care professional to discuss the risks and benefits of vaccines before obtaining an exemption”.

Vermont, Minnesota, California, Michigan, Maine, and Oregon all passed similar laws. The recent law proposed by the California legislature, if passed will successfully eliminate the “vast majority of that state’s waivers altogether”.

The California measles outbreak created a wave of states seeking to “tighten” the opt-out choices that parents now have. Opponents argue that if these new laws are passed, then they will represent one more right that can be crossed off the ever growing long list of human rights taken away from the American public. A larger percentage of health officials believe such laws are needed to protect public health and safety. What do you think?