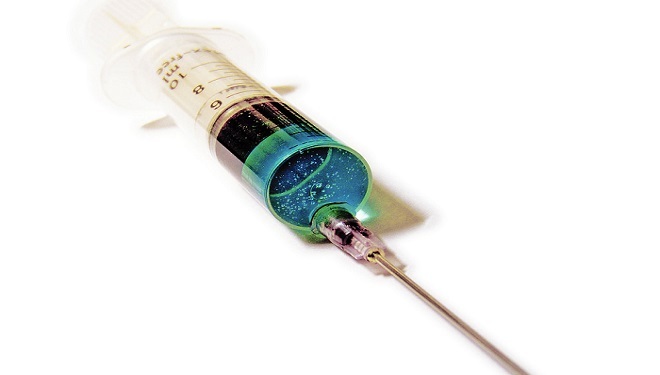 SallyPainter view more articles
Facebook 0 Twitter 0 Pinterest 0 Google 0 LinkedIn 0
A Walgreens pharmacist was fired for refusing to administer vaccinations to customers based on his moral beliefs, but a US judge ruled that Walgreens was within its rights. This ruling isn’t a surprise to anyone involved in employment law, but perhaps the case was more of a moral testing than legal.

The pharmacist, Rodney Prewitt (66) had been an employee of Walgreens for almost five years when the company began its national vaccination program in 2010. Walgreens offered a total of 20 vaccines to its customers that were administered by each store’s pharmacist.

Walgreens provided the training so that the pharmacists could administer what the company felt was a highly valuable service to its customers. However, Prewitt had experience with one of the vaccines included in the vaccine program – the flu vaccine (1).

According to Prewitt, his close friend had a flu vaccination and afterwards developed Guillain-Barre Syndrome. His friend became paralyzed from the syndrome and eventually died of complications from the disease.

Guillain-Barré Syndrome (GBS) is a “disorder in which the body’s immune system attacks part of the peripheral nervous system” (2). Severe cases can lead to paralysis that can interfere with breathing, blood pressure or heart rate. In some cases, although considered to be rare, “vaccinations may increase the risk of GBS” (3).

The Legal Intelligencer reported that Prewitt was the only Walgreens pharmacist in Pennsylvania at the time the vaccination program began who objected to the program (5). Walgreens offered Prewitt the opportunity to work night shifts at another store, but it was farther from his home. The company placed him on floater status since he was the only pharmacist in their Pennsylvania stores refusing to administer the vaccination program.

According to Pharmacy Times, Prewitt continued to reject the shifts that weren’t at his Oxford store. Eventually, Walgreens terminated Prewitt since he refused to perform the duties of his job – vaccinate customers who requested it (4).

The lawsuit that Prewitt filed was changed. According to The Legal Intelligencer, US District Judge Lawrence F. Stengel said that Prewitt brought an “age discrimination suit against the pharmacy” (5).

The Legal Intelligencer stated that Prewitt’s original argument was that Walgreens didn’t allow him to work because he’d taken a conscious objection stance against administering the vaccinations. Judge Stengel was quoted, “The plaintiff proceeded under the theory that his suspension/termination were ‘wrongful’ based on his moral objection up until he realized that this claim was legally deficient.”

Prewitt met the four marks for an age discrimination plaintiff of:

However, Walgreens provided a persuasive argument that Prewitt had refused to immunize their customers and this was part of his job description under the new program. This refusal was grounds for demoting the pharmacist. Since Prewitt refused to perform his job and refused to work as a floater for shifts that weren’t his regular ones at his store location in Oxford, Walgreens terminated his employment with the company.

Was There Age Discrimination?

Prewitt wasn’t able to show that the immunization issue was the pretext for Walgreens firing him for age discrimination. As a result, the judge found Walgreens argument sound and ruled in favor of the company.

Judge Stengel stated, “The plaintiff does not point to a single shred of evidence to support pretext. To the contrary, evidence in the record shows that the plaintiff himself agrees that his objection to immunize was the reason he was suspended and then terminated.”

He further stated that even if Prewitt’s age had played a role, it hadn’t been a determining one. In fact, the judge stated that instead it was Prewitt’s refusal to vaccinate Walgreens’ customers that resulted in his termination.

It isn’t unreasonable for a company to expect its employees to perform their duties, even if those duties change during the course of employment. If an employee refuses to perform his duties, it’s reasonable that a company would respond with disciplinary action, even including termination.

Was this simply a case of legal maneuvering to change a moral objection lawsuit to a more winning one of age discrimination? What do you think?