Have Researchers Discovered an HIV Vaccine? 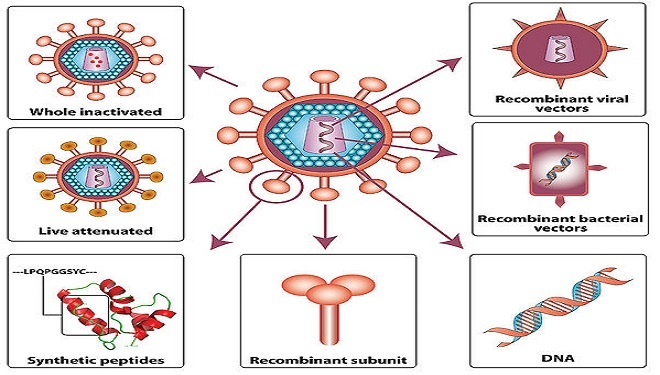 In fact, the drug is so powerful and “universally effective” that it’s being touted as possibly being used as part of an “unconventional vaccine”.

HIV (1) causes AIDS (Acquired Immune Deficiency Syndrome) that first surfaced in the 1980s. AIDS is “one of the leading causes of death worldwide”, according to AVERT (AntiVirus Emergency Response Team) UK website. There have been 39 million HIV-related deaths worldwide (2).

TSRI professor Michael Farzan stated in a February 2015 news release, “Our compound is the broadest and most potent entry inhibitor described so far…Unlike antibodies, which fail to neutralize a large fraction of HIV-1 strains, our protein has been effective against all strains tested, raising the possibility it could offer an effective HIV vaccine alternative.” (3)

Those strains include “HIV-1, HIV-2 and SIV (Simian Immunodeficiency Virus) that has been isolated from humans or rhesus macaques, including the hardest-to-stop variants.”

The drug was found to also protect against “much-higher doses of virus that occur in most human transmission and does so for at least eight months after injection”.

The paper announcing the research of the team of scientists hailing from more than 12 research institutions was published a month before it went to print in the journal Nature.

HIV enters the cells and attaches to the co-receptor of the cell, CCR5. The Farzan laboratory previously discovered that the co-receptor (CCR5) “contains unusual modifications in its critical HIV-binding region, and that proteins based on this region can be used to prevent infection”. The co-receptor produces a protein that normally prevents or hinders viruses from entering the cells.

The CD4 lymphocyte in cells plays a vital role in the immune system (4). Known as T cells (type of white blood cell), they express a glycoprotein. When HIV attacks a cell, “it fuses with the cell and inserts its own genetic material—in this case, single-stranded RNA—and transforms the host cell into a HIV manufacturing site”.

The new drug that Farzan laboratory created was designed to bind “two sites on the surface of the virus simultaneously, preventing entry of HIV into the host cell”. The drug is injected into the muscle tissue. This allows the body to begin producing the new protein. It’s believed that the production of the new protein will be ongoing and capable of protecting the cells for years.

TSRI Research Associate Matthew Gardner explained, “We’ve developed a direct mimic of the receptors without providing many avenues that the virus can use to escape, so we catch every virus thus far.” What Drug Could Do for AIDS Patients

If the drug that is basically an artificial protein performs as well in human trials as it has in the lab, then AIDS patients could be looking at a cure. 35 million people living with HIV would be cured (5).

And, if it can be used in a vaccine form, then the world could be immunized against HIV. But, there are some skeptics, of course, as there always are whenever a breakthrough hasn’t been proven in human clinical trials.

According to The Daily Tarheel, UNC professor of medicine and leader of the Collaboratory of AIDS Researchers for Eradication Dr. David Margolis, stated that the approach wasn’t new and had been tried in labs for “decades”. The proof would be in how well the drug works in human clinical trials. Dr. Margolis expressed his hopes that these would be successful.

Yet, the clinical tests with monkeys demonstrated that the monkeys were “completely protected from extremely high doses of viruses”. If all goes according to plan, Farzan plans to begin human trials for the protein in 2016.