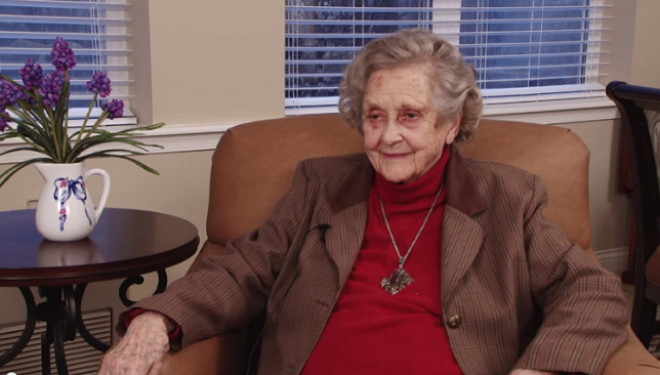 What’s so special about Elizabeth McIntosh? If you’re up on your CIA history, you might know her as “Betty” McIntosh, or “Spy Girl.”

In 1941, Betty McIntosh was an ordinary reporter working in Hawaii. She was on the island on December 7 that year when the Japanese attacked the harbor.

She even wrote about the event for the news outlets she worked for (1). Shortly afterward, she moved to Washington, D.C. and went to work for Scripps Howard, one of the largest syndicated news services in the world until it shut down in 2013 (2).

The Office of Strategic Services (OSS), the World War II forerunner to today’s Central Intelligence Agency, needed someone to write a story about a sugar cane harvester. The director of the OSS in 1943, General William J. “Wild Bill” Donovan was a friend of Betty’s father and she arranged to be interviewed for the position.

Almost overnight, Betty McIntosh went from covering Eleanor Roosevelt in the news to being one of the the U.S.’s most lethal intelligence assets.

Her recruitment into the OSS did not hinge on her father’s relationship with Donovan. Betty had other assets that gave her a leg up on the competition. For one, she was fluent in Japanese, a necessary skill at the time. She was assigned to the OSS Morale Operations unit, a branch of the service specifically charged with creating rumors and false news reports.

If the journalism profession could have its femme fatale, it would be Betty McIntosh. For her first story she was sent to India, where spy girls go if they are attached to the Far East division of the OSS.

Because the Japanese were told that if they surrendered they would lose their birthright, few of them ever did and that led to more U.S. casualties even as Allied Forces advanced a winning strategy. Betty’s job was to create false reports that encouraged the Japanese to surrender without feeling they were “losing their identity.”

The key to crafting false wartime reports that deceive the enemy is to make them believable. Betty McIntosh was responsible for forging a Japanese order that gave Japanese soldiers permission to surrender under certain conditions. The forgery worked because it followed a leadership change in the Japanese government, giving Spy Girl and her comrades the perfect window of opportunity.

After her initial foray into spying, Betty McIntosh got to fly behind enemy lines with a woman named Julia McWilliams, who you probably know as Julia Child. After landing in China, she began to craft radio scripts for a popular fortune teller.

To shake up the Japanese, Betty made up a story about an earthquake that was going to hit Japan, but the script she wrote simply had the fortune teller predicting “something terrible” that would devastate the island of Japan. The prediction was supposedly based on the reading of the stars, which the Chinese and Japanese completely believed.

There has probably never been a more powerful moment of synchronicity in the history of war.

What Happened to Spy Girl After the War?

When she returned home after World War II, Betty McIntosh took up work with Glamour magazine. Compared to deceiving America’s enemies, writing about fashion trends was less than stimulating.

She applied for an open position with Voice of America, the U.S. government’s official news organization (4), and got the job.

Betty ended up marrying a military officer and took on work assignments with the Joint Chiefs of Staff, the State Department, and the United Nations. In 1947, she penned her memoir titled Undercover Girl. She also published a couple of children’s books.

After Allen Dulles became the first civilian CIA director (5), Betty boldly asked him if she could have a job.

Betty found herself performing some of the same tasks for the CIA that helped her build her reputation as America’s Spy Girl with the OSS. She retired in 1973.