Are We On The Verge of Another Mass Extinction? 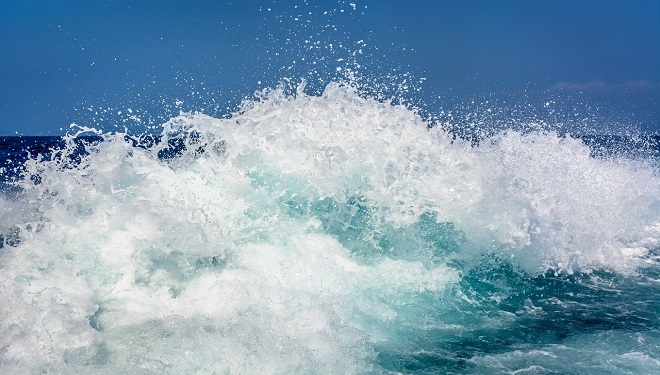 SallyPainter view more articles
Facebook 0 Twitter 0 Pinterest 0 Google 0 LinkedIn 0
According to a recent article in Nature, 252 million-year-old rocks were examined and the findings suggest that the massive amount of carbon dioxide from spewing volcanoes, especially those in Siberia, contaminated the oceans making them “lethal” (1).

The latest research suggests that the greatest known “extinction event” in earth’s history called the “Great Dying” was the result of a “one-two punch” that occurred 252 million years ago. These findings suggest that it was “the second pulse of extinction” that was responsible for most of the marine life vanishing.

That second wave is being attributed to gigantic volcanic eruptions. The spewing of carbon dioxide turned the oceans acidic, which in turn killed off the majority of marine life.

This “Great Dying” extinction event shouldn’t be confused with the one credited to killing off the dinosaurs. That event happened 65 million years ago (2).

NBC News reported that a team of scientists concluded that carbon dioxide was responsible for that second blow (3). This conclusion was made after studying 252 million-year-old rocks from the United Arab Emirates. During that time period, the rocks examined were on the ocean floor. Trapped inside the rocks were a “detailed record of the changing ocean conditions at the end of the Permian Period” (298.9 – 252.17 million years ago).

Science Magazine featured a story on the team led by Matthew Clarkson, a geochemist at the University of Otago in Dunedin, New Zealand that was able to measure “boron isotopes” for this time period. Those samples revealed “a highly sensitive proxy for seawater pH” (4).

The analysis revealed that, for a time, the oceans were able to serve as a buffer against the acidification caused by the carbon dioxide released from active volcanoes. However, when the activity grew to colossal proportions that created the Siberian Traps (Siberia, Russia).

The Siberian Traps form a large region of volcanic rock that created “step-like hills”. This land formation word “traps” comes from the Swedish word for stairs (5).

During the first phase of the one-two punch extinction, the rate of carbon dioxide injected into the atmosphere was slow and easily absorbed by the ocean. The pH level of the world’s oceans were able to maintain and remain stable. However, the second phase that saw gigantic volcanic activity was too much, too quickly and the pH levels in the oceans dropped. It was so severe that all of the shell-forming organisms died.

It was only through the examination and study of the United Arab Emirates Permian Age rocks that the scientists could study the ratios of boron isotopes. The boron are regulated and controlled by acidic or alkaline water.

Through analysis of the boron isotope levels, the team was able to calculate the pH of the water covering the rocks. There was little change in the levels of acid in the ocean during the first phase of extinction (50,000 year long process). However, the second phase saw pH levels drop 0.7 units during the final 10,000 year cycle. Human Activity and Acidification of Oceans

The extinction process wasn’t immediate the way the one was 65 million years ago when an asteroid hit the planet and destroyed the dinosaurs. The acidification of the oceans took 60,000 years with massive absorption rates of CO2. By the 10,000 year mark, many of the world’s oceans had reached the low pH levels.

While 10,000 or 60,000 years sounds like a very long time period, both time frames are considered “a blink of the eye” when it comes to geoscience and Earth Age.

As the oceans died, global warming plagued the world. Land animals and plant life suffered from an ever-increasing arid environment. The scientists point out that only the ancient ancestors of modern plants, animals and human life survived the Great Dying.

This discovery is doubly important since scientists have found that the earth’s oceans are currently becoming acidic. Acid rain has destroyed forests and threatens lakes, rivers and the ocean (6). The release of chemicals from power plants, industry, burning of fossil fuels, emissions from vehicles, all have contributed to acid rain.

While some rain is naturally acidic, much of the problems plaguing the world with acid rain is blamed on the expulsion of sulfur dioxide and nitrogen oxides into the atmosphere (7).

Some scientists point to the similarity of the oceans 252 million years ago and the acidic rise in today’s oceans. The chemical changes that occurred in the oceans during the Great Dying may have been temporary, but they proved lethal to the majority of marine life and subsequently affected the climate and life on land.

To prove these latest findings will require further examination of similar types of Permian marine rocks from around the world. If scientists find what they suspect will be a similar lower pH level, then the theory that the acidification of the oceans was the final cause of the Great Dying may be proven.

However, not all scientists draw the same conclusions and correlation of the acidification of the ocean with the second pulse in the Great Dying. Earth systems scientist at the University of Bristol, Andy Ridgwell, cautions that there are many possible explanations.

He adds that the Permian final phase was “geochemically complicated”. Even if scientists find evidence of lower pH levels in other marine rocks, the cause of the final phase or pulse will be debatable. One point that most scientists can agree on is that since the beginning of the Industrial Revolution, the average ocean pH level has dropped by 0.1 units.