Biometric Technology is Making it Harder for the CIA to Spy 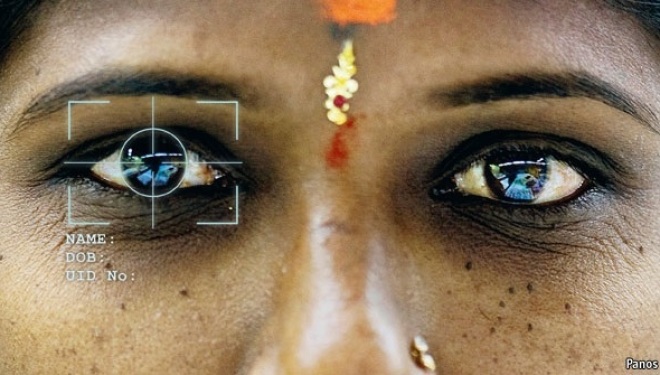 SallyPainter view more articles
Facebook 0 Twitter 0 Pinterest 0 Google 0 LinkedIn 0
The face of espionage is changing. In fact, Mission Impossible tactics of disguises are no longer considered viable ways for spies to conduct covert operations in a world of advanced technologies.

That’s all because biometrics have made catching the bad guy easier, while making the art of being a covert operative more difficult and dangerous, according to an October 2014 article in Breaking Defense (1).

In the days before super advanced technology, spies were able to use fake passports and identities to move around the world undetected. The creation of facial recognition software and iris scanning technology changed all that. The practice of collecting and cataloging various biometrics has helped governments to track and catch terrorists and criminals.

Unfortunately, that same technology has turned to bite government operatives in the proverbial backside. The once standby arsenal of a good spy has been made obsolete or at the very least dangerous to use.

Breaking Defense stated, “Once an iris scan is on record, it becomes nearly impossible to evade detection.”


CIA Having to Rethink Espionage Tactics

Because biometric technology is so widely used, not just by official governments, but also terrorists and criminals, the CIA (Central Intelligence Agency) is having to rethink tactics and devise new ways to carry out missions.

Some of the newest tactics are through the use of cyber-espionage. Collecting biometric data is commonplace throughout the world along borders, airports and within various countries, especially during wartime as seen in Iraq and Afghanistan. It’s through these tactics of collecting biometric data on the masses that previously unknown terrorists can be identified and even stopped.

Perhaps the fastest growing biometric tool is that of DNA cataloging. While a swab of a person’s cheek is the most practiced way of obtaining DNA (2), it isn’t the only one. Hair, a discarded cigarette or drinking glass can all be used to collect DNA samples to create a profile.

Foreign Policy reported how the use of biometrics aided investigators in the 2010 assassination of Mahmoud al-Mabhouh Palestinian militant group Hamas leader (3). Investigators used facial recognition technology and CCTV (Closed Circuit Television) surveillance footage from hotels and airports, border security and other biometrics to identify 27 of the supposed Mossad agents responsible for the assassination (4).

A February 2011 Computer World article featured the US Homeland Security’s use of iris scan tests at the US border in an effort to track illegal aliens. This was happening at the same time that India issued “biometric ID Cards with iris scans, fingerprinting and facial recognition photos for 1.2 billion residents” (5).

Some of the biometrics that have been developed over the years that go far beyond fingerprints include palm prints, facial recognition, DNA, retina or iris recognition, behavioral, such as voice or gait and even odor and scents.

According to a March 2015 Fortune article, Google’s latest research on FaceNet “achieved nearly 100-percent accuracy on a popular facial-recognition dataset called Labeled Faces in the Wild, which includes more than 13,000 pictures of faces from across the web”. (7)

In March 2015, The Hacker News reported another vulnerability that comes with biometric technology – easy to hack. This was proven possible by Jan Krissler “Starbug” a security researcher of the Chaos Computer Club (CCC). Krissler was able to clone the fingerprint of the German federal minister of defense from photos taken of her thumb at a news conference.

Krissler used a “standard photo camera” and claimed this same technique can be used to bypass IRIS biometric security. According to Krissler, all it takes is a large enough and bright enough photo of the person’s eyes. The photo print out can then be used by the hacker. This is especially disconcerting since high resolution photos of the world’s leaders are easily available on the Internet (8).

The world being carved out by the use of technology has already surpassed Orwell’s 1949 novel titled, “1984”. With AI (Artificial Intelligence) advancing rapidly, what will the world look like in 10 or 20 years?