Seamus view more articles
Facebook 0 Twitter 0 Pinterest 0 Google 0 LinkedIn 0
Recently, TSW printed an article about attacks on the Pentagon. I enjoyed the piece and I enjoyed the replies.

I have always been neutral on the physical events that day; because, one feels, the tragic events have become a red herring.

I agree with the late Mike Ruppert who essentially preaches too few people understand that finding out about events before and after are just as conducive to finding any truth. It is just a little less spectacular and requires real insight and slog (1)(2).

Thus, we can take the intelligence failures leading up to 9/11 and the decisions taken after in one of three rather sad ways:

A) It was simply an intelligence screw-up combined with an attack by disgruntled Saudi nationals on an unprepared United States. The United States then invaded Afghanistan and Iraq.

B) There was knowledge of an attack which the U.S. let unfold as a pretext for Middle East expansion (an example being the Pearl Harbor scenario).

C) This option is a natural extension of ‘B’ and represents the “Pandora’s Box” of the conspiratorial. Relationships between the Saudi’s and the United States go right back to just after WWII. Thanks to the mutual interests the elites in both countries share there are many deep, interwoven secrets.

I will stop there and let the reader decide how far down and entwined the secrets in the box go. One bloke peeking in, however, has been ex-Senator Bob Graham.

Graham co-chaired the joint investigation of the House and Senate intelligence committees into 9/11 in 2002. He rose to prominence later in the decade when he openly questioned the FBI’s withholding of information about 9/11.

Part of his investigation covers a controversial 28-page document titled “Finding, Discussion and Narrative Regarding Certain Sensitive Matters” was omitted from the official 9/11 report. Apparently the document remains classified because it details the movement of two hijackers, Nawaf al-Hamzi and Khalid al-Mihdar, in California prior to the attack.

It also discusses their links with two figures who befriended them – Omar al-Bayoumi and Osama Basnan. The files suggest the two were employees of the Saudis using cover jobs. We forget that outside of the current controversy the two lads had already caught media attention by staying in an apartment owned an FBI informant Abdussattar Shaikh (3)(4).

Understandably, defenders of the files classification, such as 9/11 Report Director Phil Zelikow, dismiss the claims as speculation.

However, that runs contrary to a number of Democrat and Republican representatives who back Graham, but also saw the documents. Graham expanded his range in 2013 and discussed the relationship Mohamed Atta had with Esam Ghazzawi, a wealthy Saudi in Sarasota, Florida, who fled the United States days before 9/11.

The FBI dismissed these claims as an error made by an agent and gave it about five pages in a 128-page review of post 9/11 Commission investigations. According to Graham, a Federal Judge is examining some 80,000 pages of documentation related to the Sarasota inquiry. This is somewhat more than a measly 128 pages (5)(6)(7).

Graham is also concerned about the influence of the Saudis on groups like Al Qaeda/Taliban and ISIS.

He has every reason to worry. TSW, backed by other well sourced, non-kooks in the alternate media, discussed these links well before the MSM had the cojones to touch it.

When the MSM discusses the issue, there is a juvenile air of mystique or surprise to their reports. Yet, as said before, anybody with a modicum of insight knows the United States and Saudi Arabia have been dabbling in the Middle East for over seventy years (8)(9)(10).

The comments from Saudi’s lawyers to the 9/11 victims in the wake of their 2002 court defeat were the “rumours of conspiracy theorists” variety. They also make no bones about waving their sovereign immunity from prosecution status in the victim’s faces. Indeed, despite banal liturgies there appears to be no real remorse from the Saudi authorities (11).

The fact both political parties and agencies in the United States have tolerated this seems to indicate protection born of mutual interest. This further increases the Saudi regime’s arrogance. It also makes them harder to believe, even when they are correct about Moussaoui (12). 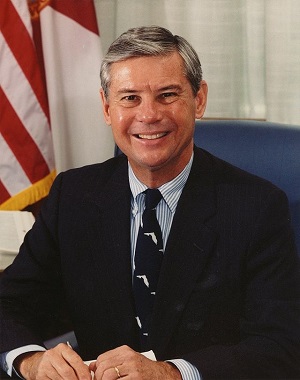 Zacarias Moussaoui was arrested shortly before 9/11 for immigration violations. Spicing things up, he is regarded as the 20th hijacker (a reserve) whom the FBI indicted for a bunch of terror-related crimes in late 2001.

This year, he has spoken out about the Saudi Royal family funding Al Qaeda in the 90s and claims they were behind the 9/11 attacks.

However, Moussaoui is alive today by virtue of his conviction of insanity, aka schizophrenia. I doubt his faculties have suddenly returned. Therefore, the Saudis have rightly condemned his claims.

Graham, and the 9/11 victims he champions, would be wasting valuable time engaging them and defending Moussaoui’s honor. Indeed the 9/11 victims were given a green light by the US appeals courts in 2013. They cannot risk their years of struggle by backing such an obvious straw candidate. Indeed, one ponders if certain powers have put him front and center to be so (13).

As it stands, the aforementioned 9/11 victims’ families and their case against the Saudi Royals appear solid enough without him. Moreover, every man and his dog know the Saudis funded the Mujahedeen and their Al Qaeda mutation.

The CIA was balls deep as well; hence, how many “Frankensteins” (to quote the Guardian) have they created. The bottom line is the Saudi Royals have never put a stop or effectively policed those supplying terrorists with funds.

The U.S has not effectively discouraged them. As long as this relationship continues, the deeper the Pandora’s Box of 9/11 becomes.