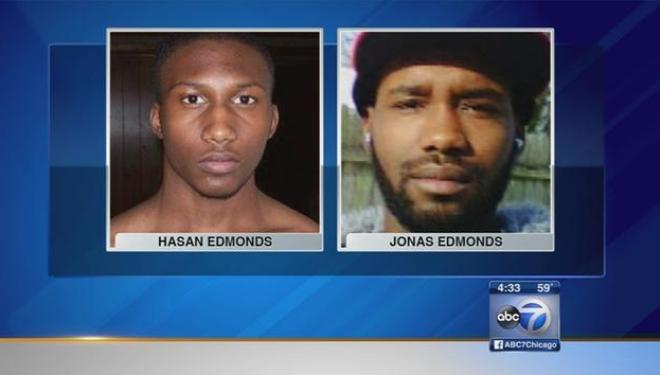 GabriellePickard view more articles
Facebook 0 Twitter 0 Pinterest 0 Google 0 LinkedIn 0
Two men from Aurora, Illinois have been arrested on suspicion of conspiring to provide material to support the Islamic State of Iraq and the Levant (ISIL), one of the most dangerous jihadist groups.

Hasen Edmonds, a US citizen and a member of the Illinois National Guard, and his cousin Jonas Edmonds, were arrested in March 2015 by the Chicago FBI Joint Terrorism Task Force (JTTF). They remain in federal custody.

The men have been charged on one count of conspiring to provide material to support and resources to a foreign terrorist organization, states an FBI press release (1).

Edmonds, 22, was arrested at Chicago Midway International Airport by the FBI JTTF while flying to Cairo in Egypt. His cousin, 29-year-old Edmonds, also a US citizen, was arrested without incident on the same day at his home in Aurora.

Hasan had been brought to the attention of the FBI in late 2014. An investigation found that himself and Jonas had allegedly devised a plan for Hasan to use his military training to wage violence on behalf of ISIL. The criminal complaint also said that the defendants allegedly planned for Jonas to conduct an act of terrorism on home soil in the US once Hasan had left.


Plans to Travel to Syria

According to reports (2), the cousins had told an undercover FBI agent they planned to travel to Syria to carry out an attack.

A report in the Daily Mail says that the undercover FBI agent had reached out to Hasan on Facebook. Jonas had asked the undercover agent to assist in the attack. He had explained that they would exploit Hasan’s position for targeting officers for attack.

Documents reveal that the FBI officer had seen a body count of between 100 and 150. Referring to their desire to carry out a “Charlie Hebdo” attack, the FBI complaint says the two men said:

Honestly we would love to do something like the brothers in Paris did.”

Jonas has been previously convicted for conspiracy to commit armed robbery. In 2005 Jonas started a five year sentence in a prison in Georgia. Conspiring to provide material to support a foreign terrorist organization has a maximum penalty of 15 years in prison and a $250,000 fine.

We will pursue and prosecute with vigor those who support ISIL and its agenda of ruthless violence,” said US Attorney Fardon.

“Anyone who threatens to harm our citizens and allies, whether abroad or here at home, will face the full force of justice,” added Fardon.

Reports of two US citizens allegedly planning to carry out a Charlie Hebdo-style attack comes just days after news emerged of an American citizen linked to al-Qaeda detained in Pakistan being secretly flown to New York to face federal terrorism charges.

29-year-old Muhanad Mahmoud al Farekh was charged with conspiracy to provide material support to terrorists in a federal court in Brooklyn.

Farekh was detained by Pakistani forces several weeks ago and was recently transferred to the US after his identity was confirmed. According to a report in the Washington Post (3), Farekh was interrogated by a team of FBI, CIA and Pentagon officials.

The decision to bring Farekh to the US to face federal charges is likely to cause disdain among some Republicans in Congress who are of the opinion that suspected terrorists, even US citizens, should not have the same rights as criminal defendants and should be detained at Guantanamo Bay prison in Cuba.

If convicted, Farekh faces a maximum prison sentence of 15 years.