Is the Samsung Smart TV the Only Eavesdropper? 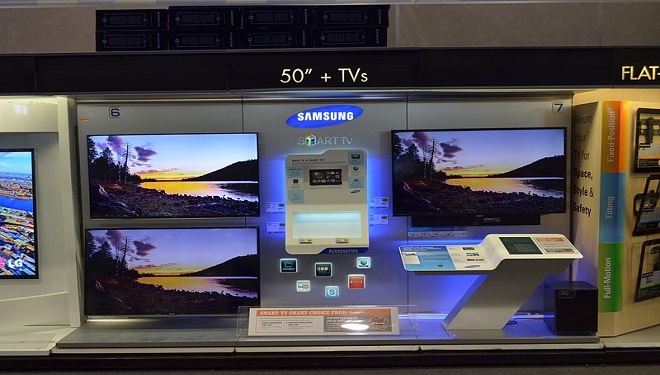 Allen Taylor view more articles
Facebook 0 Twitter 0 Pinterest 0 Google 0 LinkedIn 0
We live in a transparent world. Computer manufacturers are spying on us, the government is spying on us, and TV makers may be spying on us (1).

Americans have become addicted to smart technology. Eighty percent of U.S. adults now own a smartphone (2). Not as many people own a smart TV, but who’s counting? If Samsung’s confession is any hint, your TV could be recording your conversations and reporting back to the manufacturer. That’s what the voice recognition feature is designed to do.

Interestingly, Samsung let the cat out of the bag in its privacy policy. Now, Senator Al Franken wants to know just how smart those TVs really are.

According to a Samsung representative, consumers can turn off the voice recognition feature on their TVs, but that could cause those features not to work the way they are supposed to and the next time you want to see the latest episode of Modern Family you’ll be SOL (Samsunged Out of Luck).

Online, if you visit a website and then go to Facebook, there’s a high chance that you’ll start seeing ads for the products on that web page you visited. It’s happened to me on a number of occasions.

Another scenario is this: You send an e-mail to a company to inquire about its products. You don’t even visit their website. Then you start seeing their ads on your Facebook newsfeed. That’s happened too.

It’s called remarketing. Another word for it is “interactive advertising”. Spooky, but legal.

Internet technology, mobile technology, and the global online village in which we all play makes this type of advertising easy and expected. What is much less expected is that remarketing will reach its little fingers into our living rooms and bedrooms. But that’s precisely what Samsung is up to here. They want to know what you do in your private moments so they can deliver the right kinds of ads to you when you least expect it. Here’s how it works:

You’re sitting at the dinner table and the television is on. Junior yells, “Batman Returns.” The TV obeys the command and switches channels. It’s an ordinary evening in the American nuclear family house.

After dinner, Junior is in bed and you’re sitting on the sofa with your wife watching the season finale of Downton Abbey. You ask her to give you a massage. She happily agrees. You forgot your TVs ears were tuned in and 10 minutes later your senses are treated to an ad that is rather shocking. Good thing Junior is sound asleep (4). At Least They Got People Talking About Great Literature

If you’re a person who values great literature, then you might be all giddy about the Electronic Frontier Foundation activist Parker Higgins tweeting about 1984 (5). At least he didn’t say “Hitler.”

Samsung effectively told everyone in their privacy policy not to discuss their private business in front of their TVs. Just pretend it’s Junior. No sex talk, no cussing, and no dissing Grandma.

And if that wasn’t enough to get everyone riled up, Samsung did what any self-respecting Orwellian smart TV producer would do. They wrote a blog post ensuring everyone that they take your privacy as seriously as you do (6). Boy, am I relieved.

Ironically, their blog is aptly titled “Samsung Tomorrow” indicating that you don’t have to go far into the future to be spied upon by ordinary home furnishings.

But Samsung isn’t the only one guilty, so at least they’re in bad company. A competitor, LG Smart TV, essentially says the same thing in their privacy statement (6). And that put Senator Al Franken in a tizzy like a roofy at a college frat party (3).

Other household products that spy on you include Xbox Kinect, Amazon Echo (and Amazon is so proud of the fact that this little innocent-looking beast does its spying for them that they actually include it in their marketing materials), a variety of vehicles including GM and Chevrolet models, Waze (from Google, who has been spying on searchers for years), and a device called Sense from some company called Hello that looks like an egg and listens to you sleep (creeped out yet?) (7).

Am I the only one who finds it funny that consumers go “oooh ahhh” at cool new devices that are designed to spy on you then go bonkers when they learn they’re being spied on by the products they volunteered to purchase on credit?

Full disclosure: I do not own a smart TV. I’m too smart for that.

References & Image Credits:
(1) VentureBeat
(2) TechCrunch
(3) PC World
(4) Note: This is a joke. I’m not saying Samsung’s smart TV actually does this, but make no mistake, the voice recognition feature is designed to learn what you like so that someone can better learn how to market the right products to you. Maybe through the mail, or your phone, or your e-mail address.
(5) NPR
(6) Samsung Tomorrow
(7) Fusion
(8) Wikipedia: Smart TV – images 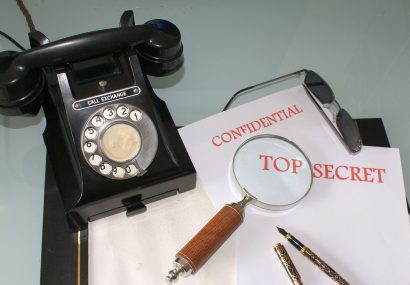 If you've never used a top secret UV pen, you might be amazed with just how many uses it may have in your daily life. General these UV pens are [...]