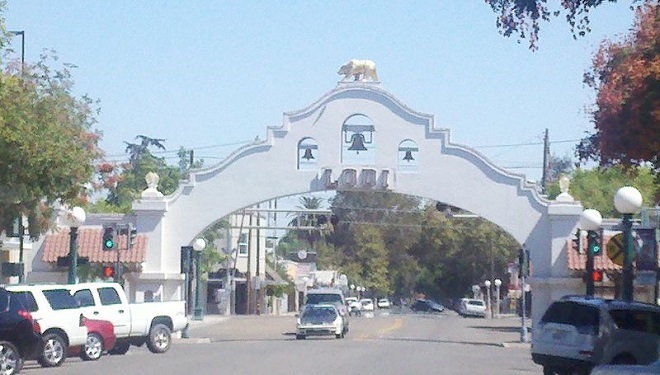 Jenny Lewis view more articles
Facebook 0 Twitter 0 Pinterest 0 Google 0 LinkedIn 0
On Friday, March 20, Lodi in California celebrated National Alien Abduction Day in style. Children dressed up and there was a showing of “Close Encounters of the Third Kind” (1), but Lodi has an extra reason to celebrate such a day; the city is one of the first places to record an alien abduction attempt.

On November 25 1896, just before 6 p.m. in the last dredges of daylight, Colonel H.G Shaw, a Civil War veteran and journalist, and his friend Camille Spooner were travelling by horse and buggy to the Fresno Citrus Fair when their horse took fright and stopped near the Woodbridge Canal.

In front of them were three strangers, each was very slender and stood approximately seven feet tall. Their hands were small with no nails on the fingers, and the feet were long. Their eyes were large and the ears and mouth very small, and their bodies were covered in a soft fuzz.

The three creatures each carried a bag with a hose attached which they would occasionally put into their mouths, presumably to help them breathe. They also held small egg-shaped lamps. Later, Shaw and Spooner would describe the beings as being strangely beautiful (2).

The men attempted to move on (3), but their horse refused and so Shaw and Spooner approached the beings and attempted to speak with them. The creatures communicated with one another by chanting and examined the men and horse thoroughly before attempting to lift Shaw.

While Shaw didn’t struggle (4), the difference in mass between the human men and strange, thin beings seemed to be enough to give Shaw and Spooner the advantage. So while neither man resisted, the creatures could not take them away. However, Shaw did manage to lift one of the beings, finding it to weigh very little (4). The creature used primate like feet to attempt to grasp the ground and avoid being lifted so easily.

The beings left, crossing a bridge and using their lamps to light up the area and reveal their craft, a cigar shaped object which hovered over the water. The strange creatures seemed lighter than air and leaped from the ground, over their craft and floated inside through an unseen entrance.


The Men Behind the Story

When telling their story to the police and writing his account for the local paper, the Evening Mail, Shaw claimed that he thought the beings were from Mars sent to Earth with the “purpose of securing one of its inhabitants.” (1)

As part of the National Alien Abduction Day celebrations in Lodi, local resident and artist John Callahan has been researching Shaw and Spooner’s experience as part of a book he’s writing. Callahan moved to Lodi as a child and grew up near the canal where Shaw and his companion came face-to-face with the supposed aliens.

One of the main things that Callahan has been researching is just who Shaw and Spooner were. By searching for old newspaper clippings and delving into their family trees, he has discovered that Shaw was a Civil War hero and that Spooner came from a very prominent family. Both men had reputations in place which needed to be upheld, suggesting that they may have been telling the truth from their point of view. 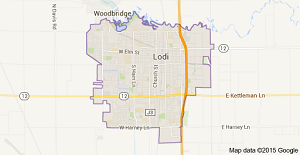 While many alien sightings have plausible explanations, this experience seems difficult to brush off.

The long craft hovering over the water could easily have been an airship which began to fly the skies in the fall of 1896 (5).

The timing means that Shaw and Spooner may not have recognized the man-made craft. The aliens, however, cannot be so easily explained.