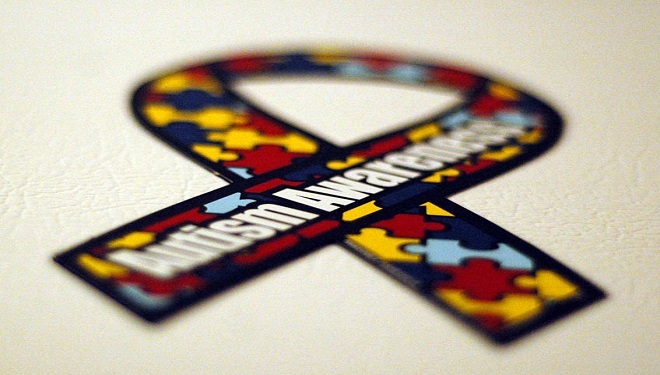 SallyPainter view more articles
Facebook 0 Twitter 0 Pinterest 0 Google 0 LinkedIn 0
The latest Internet buzz centers on a GMO panel discussion during a December 2014 conference. Panelist Stephanie Seneff, PhD stated by the year 2025 that 1 out of 2 children will suffer from autism. This statement set off a wildfire of controversy.

MIT (Massachusetts Institute of Technology) scientist Seneff told conference attendees that side effects of people suffering from “glyphosate toxicity” are very similar to patients with autism. Glyphosate is a chemical used in Monsanto’s pesticide Roundup (1).

Is there a correlation between glyphosate and autism?

Seneff’s research draws a correlation between glyphosate and autism, or more specifically, the use of the pesticide Roundup. She explained that children with autism have “biomarkers indicative of excessive glyphosate, including zinc and iron deficiency, low serum sulfate, seizures, and mitochondrial disorder.”

The highly-respected MIT scientist is the “Senior Research Scientist at the MIT Computer Science and Artificial Intelligence Laboratory.” Seneff’s biography states that in addition to her electrical engineering and computer degrees, she holds a BS in biophysics.

Biophysics is the “interdisciplinary science” that uses “methods of, and theories from, physics to study biological systems” (2).

“In recent years, Dr. Seneff has focused her research interests back towards biology. She is concentrating mainly on the relationship between nutrition and health” (2).

Since 2011, Seneff has “written over a dozen papers (7 as first author) in various medical and health-related journals on topics such as modern day diseases (e.g., Alzheimer, autism, cardiovascular diseases), analysis and search of databases of drug side effects using NLP techniques, and the impact of nutritional deficiencies and environmental toxins on human health” (3).

In December 2014, Alliance for Natural Health (ANH), featured Seneff’s research in an article titled, “Half of All Children Will Be Autistic by 2025, Warns Senior Research Scientist at MIT”.

According to ANH, Seneff “presented data showing a remarkably consistent correlation between the use of Roundup on crops (and the creation of Roundup-ready GMO crop seeds) with rising rates of autism” (4).

What Science Has So Far Revealed about Autism

The National Institute of Neurological Disorders and Stroke (NINDS) states that, “Scientists aren’t certain about what causes ASD (Autism Spectrum Disorders), but it’s likely that both genetics and environment play a role” (5).

So far, researchers have identified several genes that are “associated with the disorder”. According to NINDS, “Studies of people with ASD have found irregularities in several regions of the brain.”

Other studies are quoted as suggesting “people with ASD have abnormal levels of serotonin or other neurotransmitters in the brain.”

According to the NINDS, these abnormalities further suggest that the early fetal development of the brain is disrupted by “defects in genes that control brain growth and that regulate how brain cells communicate with each other, possibly due to the influence of environmental factors on gene function.”

The NINDS cautions that these findings are still preliminary and further study is needed. It’s important to note that the NIINDS states, “The theory that parental practices are responsible for ASD has long been disproved.” Critics of Seneff’s warning point out that the researcher doesn’t specialize in epidemiology (6).

Epidemiology is the study of “patterns, causes, and effects of health and disease conditions in defined populations”. One thing critics point out is that correlation does not necessarily equal causation.

A June 2014 article featured on Autism Daily Newscast (ADN), discusses the prevalence of GMO crops (designed to withstand Roundup and other pesticide sprayings) in the American food chain. In fact, these crops aren’t just used as primary food sources, but are also used as additives in other foods. Corn, one of the main GMO crops, is used in all kinds of food products beyond cooking oil and tortillas.

According to ADN, “And while correlation does not necessarily indicate causation, the extremely high Pearson Correlation Coefficient score of 0.99 is difficult to ignore” (7).