Net Neutrality May Become the Next Big Conspiracy Theory 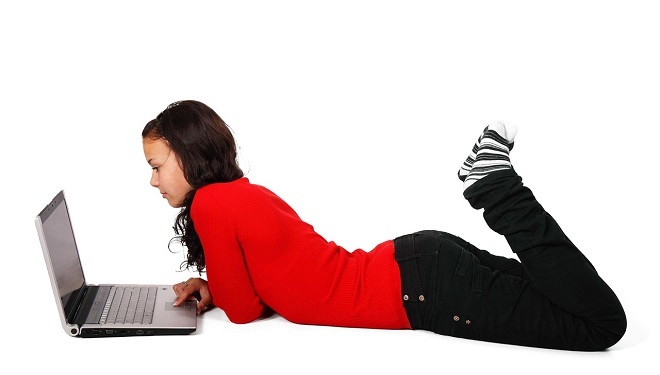 Allen Taylor view more articles
Facebook 0 Twitter 0 Pinterest 0 Google 0 LinkedIn 0
Note: The opinions expressed in this article are not necessarily those of the editors of this site.

There’s nothing like a little secrecy to get the conspiracy theorists all hot and bothered. In fact, the more secrecy inherent in the honey pot the more loudly the conspiracy honey bees will buzz.

On February 26, 2015, the Federal Communications Commission (FCC) announced that Net Neutrality would become law (1). In less than 24 hours, a conspiracy theory was cooking over the commission not making its new rules public (2). After all, lack of evidence must be evidence of conspiracy.

FOX News and Alex Jones aside, there are legitimate questions about whether or not the FCC has the authority to regulate the Internet, or, for that matter, whether they are attempting to do so in the best way possible.

In order to establish freedom for all Internet users (both commercial enterprises and end users who are simply consumers, trolls, or social media butterflies [not an exhaustive list]), Tom Wheeler and the gang decided to reclassify the Internet as a utility (3).

Okay, imagine, if you will, that the federal government decided to reclassify public highways as a public utility. That’s kind of what we’re talking about here.

The difference, however, is that there is no cabal of corporations (and never have been) trying to turn the interstate highway system into an oligarchy of private enterprise where the few, the proud, and the rich get to determine who has access, how fast they can go, and where they can park their downloads. There is such a cabal on the Internet. Their names are Comcast, Verizon, and AT&T.

I don’t know who PressResetEarth is, but they ask a very good question in their YouTube video:

Indeed, what was wrong with the Internet before the new rules?


Why the Internet Was Broken (Or At Least Bruised)

If you listen to the anti-Neutralists, like Senator Ted Cruz (R-Texas), government should not be in the business of picking winners and losers (4). Of course, no one has ever advanced a good argument as to why Verizon and Comcast should be able to pick them either.

Instead, the anti-argument is disguised as a pro-liberty argument. Just let the Wild West reign, so the argument goes, and the market itself will pick the winners and losers. Except that if you put a giant dwarf gobbler in a room full of little people, there won’t be any pint-sized bi-peds left after dinner.

Last year, Verizon and Netflix got into a spat over video streaming speeds (6). Verizon, despite its denials to such, was caught throttling Netflix’s traffic and extorting the smaller company to pay for bandwidth upgrades.

I’m no techie, but when the majority of experts on a given subject speak out for or against something, it’s a pretty good bet that they’re onto something (7).

On the other hand, I’ve never been one to follow the crowd.

Where the Real Conspiracy Lies

One thing you never hear the anti-Neutralists discuss is the motivation behind the giant dwarf gobblers wanting to charge the dwarfs more money for streaming their videos. Why is that?

One thing is for sure, a conspiracy theorist can’t get through a rant without accusing collusion between government and large corporations (8).

If you don’t believe me, just wait out the YouTube video (8) to the 4:28 mark, because “You can’t trust Verizon either; I wouldn’t be surprised if Verizon and AT&T and Comcast, whatever, if they’re in on this and this is their idea.” Just like the private insurance companies helped lobby ObamaCare.

Sidenote: ObamaCare is becoming the new Hitler. Have you noticed?

Yet, as the old adage goes, just because you’re paranoid doesn’t mean they’re not after you. As TrapperJohn explains:

You can see where this is going: some cable TV/ISP providers were deliberately slowing down streaming sites like hulu, (sic) to try to get people to go back to their overpriced service. In other words, they were using a monopoly position to artificially raise your prices. And some larger ISP’s (sic) were starting to hint that they might charge sites extra for a high speed connection to consumers – again, an abuse of a monopoly position. (9)

Which makes me wonder, why didn’t some savvy lawyer just file a class-action lawsuit on behalf of consumers and smaller streaming services on anti-trust concerns?

Answer: Because that would have taken years of courtroom posturing while Verizon and her evil step-sisters were allowed to run free. Tom Wheeler’s solution was much more direct and expedient, agree with it or not.

Whether or not the giant’s operations constitutes a monopoly is debatable. Nevertheless, there is a conspiracy.

This is a dark, secret plan to rip unwarranted profits from cable TV companies and return that money to you and me. (9)

It’s not that anyone doesn’t want the giants making money. We just want them to make money ethically, fairly, justly.

But These Conspiracy Theories Are A Lot More Fun

The one thing every conspiracy theorist has in common is they won’t let facts stand in the way of cognitive dissonance. It’s actually kind of fun to look someone in the eye and with the straightest face possible say the most absurd thing you can think of (10). For instance:

–> Pat Robertson believes Net Neutrality is Obama’s attempt to advance his socialist agenda and ruin the Internet. Of course, he probably doesn’t realize that some of his most ardent fans may very well use the Internet to watch The 700 Club and that without Net Neutrality they might have to pay more for the privilege (11). Not to mention, the Net Neutrality rose up from the grass roots and Obama didn’t take notice until it was politically expedient to do so.

–> Rush Limbaugh thinks regulating the Internet is akin to taking away your guns, which still hasn’t happened despite all of Obama’s alleged efforts (12).

–> Glenn Beck says America should be destroyed for supporting Net Neutrality (13). That seems a bit extreme.

–> Some conservatives think Comcast is to blame for Net Neutrality, (14) never mind that Comcast and Verizon have been two of the most vocal opponents of Net Neutrality from the very beginning. Verizon even went so far as to shut down the FCC’s original attempt to take control of the Internet (15) and those rules weren’t as stringent as the ones the FCC actually adopted. Of course, that’s just further proof that these giant dwarf gobblers are really behind the effort to protect the dwarfs from being eaten.

–> When all else fails, call on Ronald Reagan. Because the only way to defeat an Obama plan to take over the Internet is to invoke the name of a B-movie actor.

The Best Thing About Conspiracies

What we have here folks is a commercial and public dilemma. On the one hand, few of us trust the government. We don’t want Uncle Sam in our pockets, our panties, our bedrooms and boardrooms, and certainly not on our digital devices.

On the other hand, there’s never been a consumer-friendly monopoly or a benevolent oligopoly. I don’t think the Internet should be a public utility, but I don’t want it being Rupert Murdoch’s playground either.

I just want it restored to its original pristine condition!

I’d also like a gold Mercedes Benz and a lifetime subscription to Omni magazine (16).

The best thing about conspiracy theories is to see how far they run even after all the air has been let out. Like 911 conspiracies, Net Neutrality may become another cottage industry of folk tales and overbearing plot devices designed to undercut your faith in everything good about living in the 21st century.

Should the World Wild Web be a public utility? Probably not. But it shouldn’t be dwarf pudding for hungry, greedy giants either.