In 2005, while employed as a business agent with the Local 17 of the Operating Engineers International, AFL-CIO, Peterson conducted an illegal search of DMV records.

While he did have the legal authority to access the NYS DMV records, his use was limited to only verifying union members’ driver licenses.

A routine search was allowed by Peterson in order to determine that the commercial licenses of Local 17 union members were up-to-date.

He was not authorized to conduct any other type of record searches.

Appearing before Senior US District Court Judge William M. Skretny in Buffalo, NY, Peterson was found guilty of the unauthorized database search. He now faces a “maximum penalty of one year in prison and a $100,000 fine” for the illegal database search.

Assistant US Anthony M. Bruce prosecuted the case, stating that Peterson had the authority to limited access of the NYS DMV database. However, that access was limited to checking on the current status of Local 17 members’ commercial drivers’ licenses.

On April 25, 2005, Peterson used his access to the NYS DMV database to identify the “registered owner of a vehicle” that was parked at a Local 17 picket line in Portville, New York on April 21, 2005.

Peterson’s inquiry was “outside the scope of the agreement between Local 17 and the NYS DMV.” 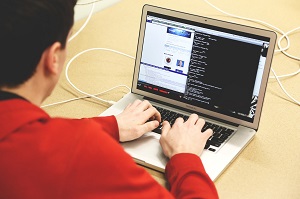 According to the FBI press release, Peterson’s search wasn’t the first time such violations have occurred. In fact, the FBI states:

This incident was just one of multiple violations of the agreement which resulted in the NYS DMV denying Local 17 further access to the database” (1).

The federal investigation that resulted in the arrest and prosecution of Peterson was conducted by the FBI and “Special Agents of the United States Department of Labor, Office of Inspector General, Office of Labor Racketeering and Fraud Investigations, under the direction of Special Agent in Charge Cheryl Garcia of the New York Regional Office”.

The press release didn’t explain what alerted authorities to wrong doings or why the investigation was undertaken. There was no further explanation of the other incidences of illegal accessing of DMV records or if any future charges will be made against Local 17.