Why Some Think the Illumanti Controls the Grammy’s 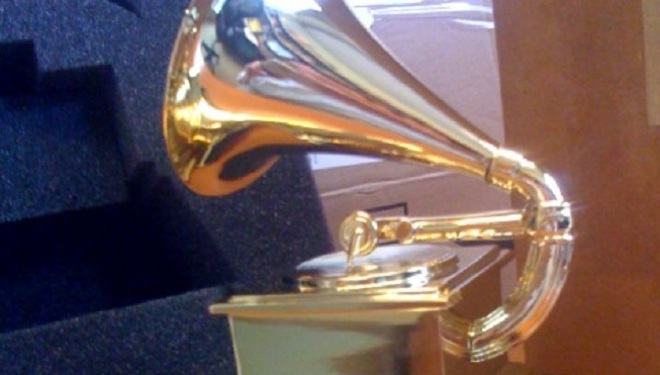 Mark Whittington view more articles
Facebook 0 Twitter 0 Pinterest 0 Google 0 LinkedIn 0
You may think that the Grammy Awards (1) are handed out during a televised ceremony run by the National Academy of Recording Arts and Sciences.

However, according to some conspiracy theorists, you would be wrong if you think that. Some people believe that the Grammys are under the control of the Illuminati (2).

According to AL.com (3), the theory is that performance artists prominently featured at the Grammys, such as Lady Gaga, Jay-Z, Beyonce, Katy Perry, Madonna, Taylor Swift, and Rihanna, are members of the secret society and are using their talent to advance its goals to control the world.

The Illuminati, at least its alleged modern incarnation, are supposed to be involved in Satanic worship for some reason. Hence, when AC/DC performs its hit “Highway to Hell” while members of the audience wear devil horns, the number is supposed to be a tribute to Satanism and hence the Illuminati.

MTV News (4) suggests that Madonna’s performance, which involves her singing “Living for Love” while dressed as a matador while performers in the guises of minotaurs ritually kill her and then watch as her body rises from the stage, was straight out of the Illuminati playbook.


Is the Illuminati Behind Performances?

Christian Today (5) views these performances with alarm, for understandable reasons from its perspective. The conspiracy theory of the Grammys being used to advance the Illuminati’s agenda by subjecting television audiences to satanic images ran rampant throughout social media.

It should be noted that the historical Illuminati, which actually existed, formed an organization that arose during the 18th century Enlightenment with goals that were the exact opposite of those that have been ascribed to the modern version.

The historic Illuminati advanced science and reason and combatted superstition and the use of state power to perpetrate injustice. The movement grew up in Bavaria, where it was savagely repressed by the ruling class with the enthusiastic support of the Roman Catholic Church.

Rumor has it that the Illuminati went underground and have been behind every important world event since the French Revolution. No one knows for sure who they are supposed to be or how they came to acquire such awesome power. But, one cannot have a conspiracy theory without conspirators.

How a group that was dedicated to science and reason was supposed to have morphed into devil worshipers is unclear.

Of course, an alternate explanation for the performances at the Grammys and indeed in much of music videos exists.

Musicians just like to be edgy and outrageous. It was the same when Elvis Presley was shocking parents with his pelvic movements when he was performing. It is the same now with satanic images.

Madonna is a past master at using images to shock and titillate. Back during her pre-menopausal career, all that was necessary was for her to writhe on a four-poster bed wearing trashy lingerie while touching herself, or by being touched by various other performers.

Her most controversial video, though, was of a song called, “Like a Prayer” (6) that included religious symbols such as a burning cross and stigmata and Madonna having sex with a saint. The Roman Catholic Church arose in righteous wrath over what it perceived to be blasphemy.

It is very unlikely that a group of performance artists are part of a secret society that is bent on taking over the world. Being party to a conspiracy involves a lot of self-discipline that too many musicians lack.

The real reason they like to use satanic images in their performances is that they think it’s cool, not to advance someone else’s agenda that they likely would not understand anyway.