Could There Be Psychosis Behind Alien Abduction? 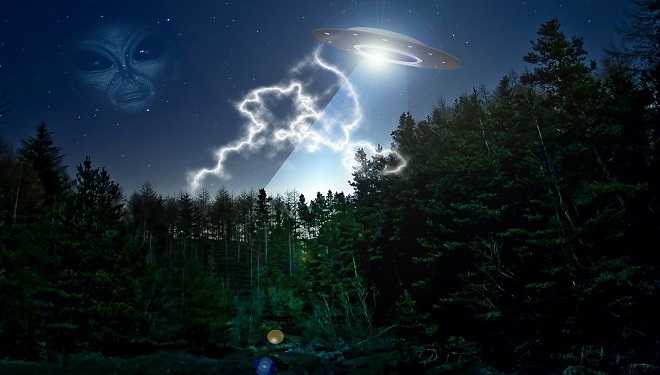 Similarly, the universe is unfathomably big, and humankind has yet to scratch the surface of what space holds.

No wonder there are so many arguments as to whether aliens really exist or if they’re all in our heads.


The Study of Abductees

For decades, researchers have studied the stories, personalities and mental health of those who claim they’ve been abducted by aliens.

In 2008, a study was published by David V Forrest of Columbia University who spoke with famous husband and wife Barney and Betty Hill who claimed to have abducted in 1961, possibly the most famous alien abduction (2).

Barney described the experience as laying on a table, feeling cold, while figures loomed over him, sometimes with medical equipment. These figures would be all eyes and forehead and they acted with a professional and determined manner.

Does this sound familiar? Barney Hill had undergone a tonsillectomy before his supposed abduction. Forrest suggests that Barney’s memory of alien abduction was actually a condition called “accidental awareness” when a patient will wake from their anaesthetic during surgery but be unable to move.

This terrifying event can be difficult for the brain to process and so can be filtered through the memory in a way that the person can handle, such as believing they were abducted by aliens. Unfortunately, this logical reasoning doesn’t explain Betty’s abduction memories (3). 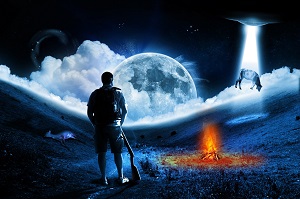 Over the last 10 years, Professor Richard McNally at Harvard University has conducted research into the personalities of abductees (4). In 2012, his paper was published outlining five specific traits the people shared. These were:

–> Being highly vulnerable to “absorption”. This means that they are prone to flights of fantasy and more susceptible to suggestion and hypnosis, under which many people recall their alien abduction experiences.

–> Suffering from false memory syndrome. People who claimed to be abducted often remembered things that weren’t there during memory tests.

–> Familiarity with alien abduction culture. This culture is everywhere, in books, films, across the Internet and, in some places, embedded in local folklore. And in all these places, the experiences and descriptions of aliens are consistently similar.

–> Believing in New Age philosophies. This can include astrology, alternative healing and magic.

So are alien abductees all suffering from mental health problems?

Psychosis is the term given to people who experience the world around them differently from other people (6) and is caused by other mental health conditions, stress and past traumatic experiences. They may suffer from hallucinations and delusions, firmly believing things that just aren’t true.

Interestingly, every scientist and researcher who has studied alien abductions all agree on one thing; that alien abductees are generally not psychotic. In a 2007 study by Susan A Clancy, one out of the 50 research subjects suffered from psychosis (7).

However, the majority have no mental health problems, including depression or anxiety (4). This is strange, because you would have thought that the experience of being abducted by aliens would be traumatic enough to bring on psychosis

The Truth about Alien Abduction

Just a brief look at different alien abduction stories shows that the cause of the memories or experience, and whether they could be real or not, varies with each case.

There is no one size fits all when it comes to alien abduction.

It seems that many of the abductees, when studied, showed signs of past trauma.

Whether this could be from waking up during an operation, a deep rooted experience from their childhood or a real alien abduction depends on the individual and the truth may never be truly known by anyone other than those who have experienced it.