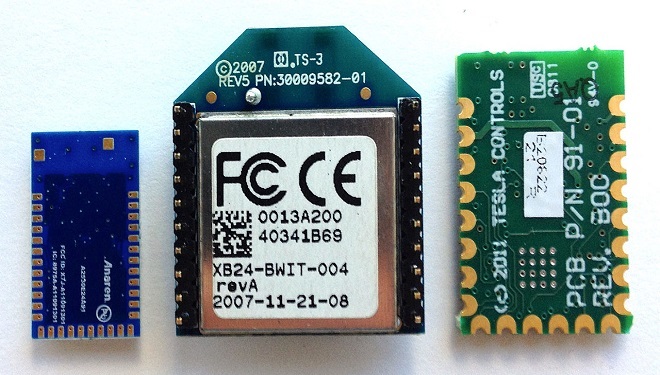 In case you’re wondering what that Act is exactly, it’s a part of U.S. Code, Chapter 35, which grants the President of the United States the authority to issue regulations and punish “unusual and extraordinary” threats to national security (2).

The penalty for violating the law is imprisonment for up to 20 years, a fine of up to $1 million, or both.

Corporations charged with the crime include Smart Power Systems Inc. out of Houston, Hosoda Taiwan Limited Corporation, Golsad Istanbul Trading Ltd. in Turkey, and Faratel Corporation, which is based in Iran.

Mechanic, Faridi, Afghahi, and Smart Power Systems Inc. were all members of an Iranian procurement network operating in the U.S., according to the Federal Bureau of Investigation (FBI).


What Exactly Did These People Do Wrong?

Allegations against these individuals and corporations include conspiracy to obtain a variety of commodities that include microelectronics controlled by the U.S. Then, attempting to get around federal licensing rules for exports, they sought to export those goods to Iran.

According to court documents, the FBI alleges that Mechanic, Afghahi and Faridi received lists of commodities and sent them to Shyu in Taiwan, who would purchased the commodities through Hosoda Taiwan Limited and sent them to Turkey where Sadeghi would pretend to be a buyer through Golsad Istanbul Trading Ltd. Sadeghi allegedly received commodities from Shyu and transported them to Faratel Corporation in Iran (1).

Mechanic, Afghahi and Shyu are also being accused of money laundering. Each charge carries a maximum penalty of 20 years.

On top of all that, Mechanic is charged with crimes related to foreign bank filings. Each charge could tack on an additional five years of prison time if he is convicted. He could also be fined if found guilty of these crimes.

If the government wins its case against the individuals, they will see jail time of up to 20 years. Corporate defendants in the case could be fined up to $1 million. These punishments are for each charge. The case involves a total of 24 indictments.

Mechanic and Faridi are reportedly the owners of Faratel Corporation, the Iranian sister company to Smart Power Systems Inc., which is owned by Mechanic while Faridi serves as the company’s vice president (3). What Will This Do For Iran-U.S. Relations?

It’s been less than two months since President Obama announced a nuclear deal with Iran (4). It didn’t take long for Republicans to criticize the deal (5).

Before the deal was ever reached, Senate Republicans sought to undermine the president’s ambitions by setting a historic precedent with a letter to Iran, essentially warning the leader of the foreign state that any deal they strike with Obama is subject to retraction or disapproval by Congress or future presidents (6), This all has me wondering a few things about this news.

First, if any of these individuals facing indictments are American citizens, why aren’t they being charged with treason? Secondly, as this case develops it could potentially become a factor in the next presidential election. Therefore, if the next president-elect is Republican, will that spell the end of any negotiations with Iran over its nuclear program?

Perhaps the most dark consideration of all is this: Just what did Faratel Corporation want with our military technology?

If this company is cozy with the Iranian government (and why wouldn’t it be?), then it’s likely that these violations constitute an act of war.

According to the Houston Chronicle, Faratel Corporation “allegedly designs and builds uninterruptible power supplies for various Iranian entities, including Iranian government agencies such as the Iranian Ministry of Defense, the Atomic Energy Organization of Iran and the Iranian Centrifuge Technology Company”. (7)

If that’s true, then it’s possible the president’s nuclear deal could fall through before this is over, and if war hawks get into office, our next battlefield could be that area between our last two fronts.

The Latest on the Clinton FBI Email Investigation