Rising Seas May Swallow NYC in the Next Century 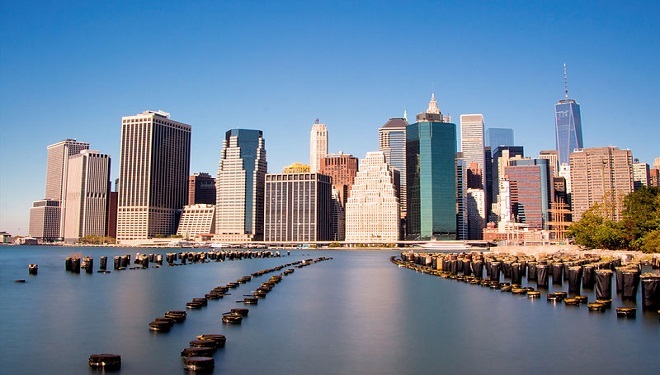 Hurricane Sandy flooded the streets as well as the subway, killing 43 people when it hit the city in 2012 (1).

Now, the New York City Panel on Climate Change (NPCC) has published a report detailing what the future may hold for the city as the weather continues to worsen.

According to the report, the rate of precipitation, defined as water, either liquid or solid, falling to the ground, has increased in New York City by eight inches over the last century. The NPCC predicts that this will rise by as much as 11% in the next 50 years (2).

Over the last century, the average annual temperature in New York City has also risen, as have the sea levels. Both are also predicted to rise further over the next 50 years (3), along with a rise in the number of heat waves and heavy downpours.

It is predicted that by the end of the century, the sea levels will have risen by six feet (4), sending part of New York City underwater. What is less comforting is that the journal Nature has reported unprecedented jumps in sea levels in the past, which means that the prediction of a rise of six feet may not be close to the reality.

While New York may not completely vanish underwater for many centuries, it is suggested that the city will be 7% underwater in a hundred years (5). However you choose to look at it, NYC is in danger.

New York is one of the first areas in the US to not tackle climate change by reviewing policies. Instead, they have brought together experts from various agencies, including NASA, to work together to find a solution to the city’s flooding problem.

The New York Metropolitan Transport Authority (MTA) is already working on lowering the risk of flooding with each storm. During tropical storm Irene, the subways were flooded by the storm water flowing through street level ventilation grates, so the MTA moved these grates. They are now above street level and serve a double purpose as street furniture such as benches.

In 2014, the federal government awarded the city $335 million (6) to build a 10 mile long large berm, a purpose built embankment, around lower Manhattan through parkland to protect the area from storm waters. This is the first part of the city’s The Big U project, which aims to not only protect the city from future flooding but also bring environmental and community benefits to the city.

As part of the Big U Project, walls that can flip down to protect against flooding will also be constructed alongside the underside of the FDR Drive. When not in use, these walls will be part of the ceiling and decorated by local artists and it is also planned for the walls to be flipped down during the cold months to provide space for a sheltered market. Education is also a part of the Big U Project.

As well as building protective stances against flooding and rising sea levels, the project aims to build a maritime museum or educational facility which is being dubbed as a “reverse aquarium.”

Visitors will be able to look out of the building and witness the variations of tide and sea levels against a glass wall. The building will also serve as a flood barrier.

Not only is New York City ahead of its contemporaries with preparing for the consequences of climate change in the future, it’s also working to incorporate these changes into the city’s ethos by making them a usable part of the landscape and community.

It is arguable as to whether this will be enough to save New York, however, and with the weather bringing new surprises every year, the city may still disappear under the waves.