DARPA HELLADS Laser Cannons Are One Step Closer to Reality 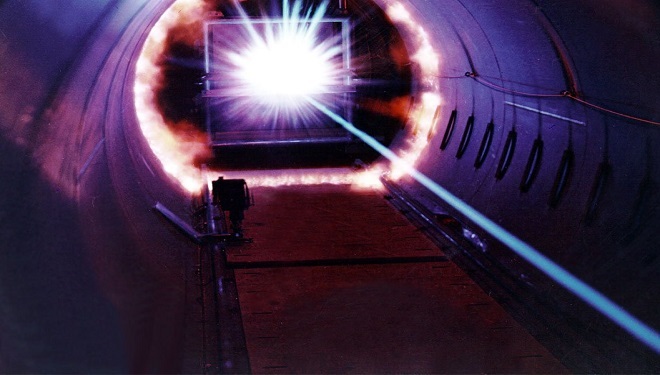 HELLADS (High-Energy Liquid Laser Area Defense System) sounds like something right out of a science fiction thriller made in Hollywood, but I assure you it’s not.

What it is is a defense system in White Sands, New Mexico designed to combat rockets, mortars, and surface-to-air missiles (1).

Being from Texas, I hadn’t experienced an earthquake until one set off in 2011 in Virginia. I was living in Pennsylvania at the time.

The magnitude-5.8 earthquake rumbled early in the afternoon and tremors were felt all the way up into Ontario. The ground beneath my feet shifted much like they did in 2005 when I spent a year in Iraq.

One day, while performing the duties of my station as my battalion’s tactical operations officer in charge, I heard a huge explosion followed by the earth shaking beneath my feet. I had never experienced an earthquake at that time, but I imagined that’s precisely what it would feel like. My experience in 2011 confirmed that.


Why the U.S. Military Needs a Laser Defense System

What I actually experienced in combat in the desert in 2005 was a mortar round being fired at my base and landing 100 feet from my location, a completely-enclosed stone building on top of a hill.

We were not an easy target. Most of the Katyusha rockets fired at our base during that time landed over 500 yards from my immediate location, closer to the forward operating base’s common mess hall.

It was just sheer dumb luck that this one landed so close and completely destroyed the tin living quarters that were being erected in the nearby empty brown field.

Since then, America’s enemies have been able to design or acquire rockets, or surface-to-air missiles, that are lethal and more effective overall (3).

What the HELLADS Actually Does

In this age when such rockets, improvised explosive devices, and other ordinances are so easy to come by and any terrorist cell with minimal funds can easily acquire them, the U.S. military needs weaponry that can protect its forces from any attack.

The HELLADS provides a defense against specific types of weapons that are common as a result of the nature of the War on Terror.

HELLADS weapons are ten times smaller and lighter than traditional lasers of the same power (4).

Now that the laboratory phase of testing and experimenting is done, DARPA is ready to field test the weapons to gauge their effectiveness against real world weapons systems. That testing will begin this summer.

After testing, DARPA plans to make the weapons available to the military for further refinement.