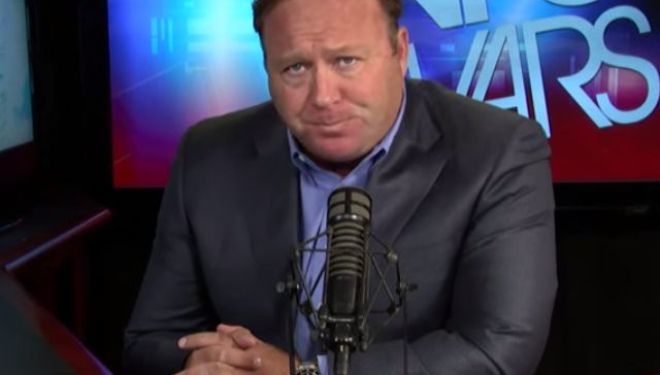 Ryan view more articles
Facebook 0 Twitter 0 Pinterest 0 Google 0 LinkedIn 0
Within the conspiracy theory community, Alex Jones and his website Infowars stands as one of the most popular, most frequently visited websites of all.

Alex Jones is quoted in the media, throughout the conspiracy blogosphere, and almost anywhere else such theories are explored. There are many reasons Infowars is so popular; primary among them is the fact that the conspiracies that you find covered there are focused upon popularity – 9/11, Bilderberg, and topics with the largest following are explored – almost entirely in favor of the conspiracy being real. You’ll rarely find an unbiased investigation that doesn’t assume the conspiracy is true right out of the gates.

There is a reason for this. The purpose of Infowars, and the Alex Jones empire really, is simply to appeal to the paranoia and beliefs of the majority of the conspiracy community, in order to cash in.

The irony is that Alex Jones slams the wealthy cabal and rich “yuppies” out of one side of his mouth, while hocking products and advertisements that have earned him a tidy “yuppie” income of his very own.

An typical Alex Jones rant is a predictable foaming-at-the-mouth monologue against the ultra-rich elite cabal who are on a mission to entrap the Earth’s population into slavery and servitude in a future post-apocalyptic world.

He often attacks the rich and the wealthy, calling them narcissistic. In the video above, he attacked the wealthy in this way.

“I could care less about red carpets and big giant jets and all the narcissistic stuff that these fastooned tyrants and their little outfits prancing around to each other. It makes me want to throw up.”

Is this true? Does Alex Jones “care less” about red carpets and big giant jets? The irony was that about 30 seconds after finishing his rant above, the then changed gears and once again started promoting his wares.

“Briefly, we are a listener supported transmission. That means spreading the word, supporting our sponsors. We want to thank you all for that. Plus we have really good, high-quality T-shirts, ball caps, long-sleeve shirts that promote Molon Labe and the Second Amendment. We have a whole Made in America section. We have another, less expensive, made in the third world section. It’s up to you to make our choice. All of it gets the word out, and that’s what’s most important.”

After that, he went on for another few minutes touting the various male and female vitality products, water filtration systems and other products listed in the store.

It is very surreal to hear a guy rant and rave about capitalist propaganda meant to enslave the population, and then immediately switch gears to building his own booming capitalistic empire at InfoWars.

And booming it is. Alex Jones is one of those wealthy yuppies he likes to attack so much.

Browsing the InfoWars site and reading articles deriding how the rich and wealthy are trying to enslave the population, and then seeing the profit-making InfoWars store front and center on the site is a bit surreal.

How much profit making? More than you might realize.

From site traffic alone, Alex estimated that Alex Jones is earning just over $1.2 million a year.

“David Steinberg, CEO of the New York-based digital ad agency XL Marketing, estimated Jones’ effective CPM is probably around $5, which he calculates to produce a significantly lower number than Covino’s, at between $1 million and $1.2 million per year. There’s also YouTube […] a prominent YouTube monetization consultant pegged Jones’ revenue from the site at just $34,590 a year.”

That revenue is only the tip of the iceberg. David Steinberg, the CEO of a digital ad agency, explained that in addition to the ad revenue, Jones earns roughly $215,000 per year from advertisements on his radio show.

There’s a very big chunk of change earned by Jones’ subscription based PrisonPlanet.TV streaming. The Salon’s conservative estimate places the earnings here at $4 million a year if only 2.5 percent of site visitors subscribe, and up to $8 million a year if 5 percent subscribe. 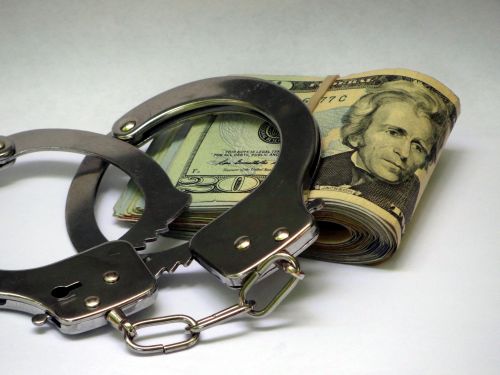 This is all before you get to the actual InfoWars store itself, where Alex Jones sells everything from books, magazines, “prepper” supplies, T-shirts, mugs, bumper stickers, and of course his 14 films.

The bottom line is that when you add all of this together, Alex Jones pulls in a small fortune from his conspiracy empire. Most sources, like The Richest, have set Alex Jones’ net worth at $5 million, and climbing.

“On the high end, if we assume he pulls in the maximum $6 million on Web, another $450,000 on the radio […] we’re talking about more than $10 million a year. And none of this includes book sales, merch, speaking tours, promotional tie-ins, book and DVD royalties or any other revenue streams that might exist.”

Placing all of this big-money in context with various anti-yuppie Alex Jones quotes, it becomes almost impossible to overlook the striking hypocrisy in everything Alex spouts, like this bit from his interview with the Texas Monthly.

“So we’re at war against a guild of control freaks and perverts and sickos who relish conning people and relish lying and relish spreading misinformation and relish propaganda. They have openly written one-thousand-plus white papers and hundreds of books about their plan, and I’m over here going, ‘Look at this, ladies and gentlemen!'”

So what’s the problem with making money off this stuff? It boils down to ethics, honesty and the search for truth.

Income Depends on Fear and Paranoia

There is no reason an investigative journalist or enterprise shouldn’t make money off of the work that they do, but when the income becomes directly related with promoting a specific belief system, that’s where the problems start.

Alex Jones is promoting a theory that a wealthy cabal is working to overthrow society and enslave everyone through a systemic process of poisoning, brainwashing and otherwise dumbing down the population in order to keep people blind.

Everything Alex Jones sells – from his books and videos to his “prepper” products and supplies depends primarily on the fact that people believe in, are fearful of, and are angry about these alleged threats. These threats keep people buying and trying to “spread the word” with bumper stickers and T-shirts. If there were no threat, there would be no sales.

Mick West over at Metabunk put it best:

“The problem arises when there is a conflict of interests. When your making money depends upon you promoting a particular message of fear (the world as we know it is ending), and then encouraging people to buy particular products (gold, water filters, detox juice, ammo, survivalist gear and books) based on the validity of message.”

It is inconceivable to consider just how many thousands of well-meaning people have been sucked into the Alex Jones propaganda machine and have sunk their hard-earned money into various InfoWars products, Prison Planet subscriptions or sponsored goods. These are purchases driven by fear or anger, sparked and fueled by Alex Jones’ constant ranting and raving.

The followers of this religion of paranoia and fear continue to grow in number, and the Alex Jones financial empire continues to grow.

It may very well be that the biggest threat to conspiracy theorists comes not from a dark and secret global cabal, but instead from a cancerous growth right at the heart of the conspiracy community itself.

This is a cancer that serves the needs of any such elitist cabal well – because without even raising a finger, they can let Alex Jones do all the hard work for them. Thanks to Alex Jones, conspiracy researchers may never be taken seriously by the mainstream media ever again.