The DuPont Freon Conspiracy: Was the Ban Delayed for Profits? 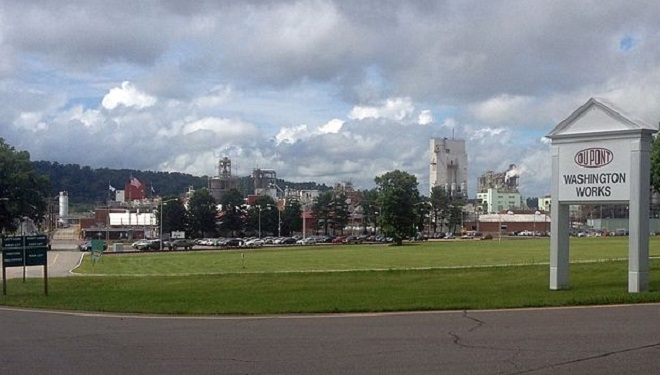 SallyPainter view more articles
Facebook 0 Twitter 0 Pinterest 0 Google 0 LinkedIn 0
The threat to Earth’s ozone layer has been discussed for the past decades with Freon® taking a huge amount of the blame in the “hole” in the Earth’s ozone.

There are two sides to this issue that should be examined. The first believes in a DuPont Freon Conspiracy and the second spans 40 years that details the shift in environmentalists, politics and public perception.

According to an article “Ozone and Freon Fraud” written by W Ed Parker and published by Sweet Liberty, the phasing out of Freon, a 1928 patented product of DuPont, has more to do with the expiration of DuPont’s patent than the environment (1).

An environmental engineer and author, Parker draws a parallel to the unique coincidence that the DuPont patent for Freon ran out around the same time Freon was banned with a phasing out process.

Freon R11 and R12 are used in “foam insulation and sealed refrigeration systems” and have been blamed for harming the ozone layer.


The Conspiracy and Fraud of Freon

However, Parker states that Freon doesn’t seep into the atmosphere or deplete the ozone – the reason the EPA gave for banning Freon. He states, “There is no scientific data available, in or out of government, to describe this ‘claimed’ process.” (1)

Dr. Ray wasn’t alone in her thoughts about Freon. Parker states that the National Council for Environmental Balance*, chaired by Dr. IW Tucker, a University of Louisville professor (retired) also supported this viewpoint.

Parker states that Freon, as discussed by Dr. Ray is an “odorless, tasteless, chemically neutral substance” and is in fact “heavier than air.” This means that according to “the laws of physics” Freon “cannot rise into the atmosphere.” That’s because it is “heavier than air by a minimum of a four-to-one ratio.” Freon, according to Parker isn’t harmful if it is “spilled onto the ground.” He states that it simply becomes “plant food.”

If all of this is true, then why did the EPA designate Freon harmful to environment and push to have it banned? As there are two sides, there are also two answers. The first answer is where the fraud accusation comes into play.

Parker writes that those pointing to fraud also state that DuPont and the EPA conspired to protect the corporation’s bottom line. With the expiring patent, DuPont would lose the revenues and market dominance and Freon would be available to the world for very little cost.

Freon is easy to produce at a cost of only $.50 to $1.00 per pound. However, since it’s been banned, Freon now sells on the world black markets for over $50 per pound.

This is one side of the story and perhaps parts of it are very true, but which ones?

In a 1997 paper written by MIT’s James Maxwell and Forrest Briscoe titled, “There’s Money in the Air: The CFC Ban and DuPont’s Regulatory Strategy” published by UCMERCED University of California, Merced’s Business Strategy and the Environment the other, much longer, side of this story is told.

It’s first and foremost about economics, and the authors state the economics were driven by “environmentalism and public perception” (3).

The MIT authors address the speculation of the “relevance of patent expiration” to DuPont’s decision to support a CFC (chlorofluorocarbon) ban, but state, “DuPont officials reported no such influence.”

In examining the paper, the first thing discussed by the authors is, “DuPont, the world’s dominant CFC producer, played a key role in the development of the Montreal Protocol on Ozone Depleting Substances.”

The authors go on to state their argument that in pursuing “its economic interests, along with the political impact of the discovery of an ozone hole and the threat of domestic regulation,” DuPont was responsible for molding the “international regulatory regime for ozone-depleting substances.”

It began in 1975, when an interagency federal task force “recommended” that CFCs be “restricted” should the National Academy of Sciences concur. Soon, Congressional hearings were underway discussing proposed legislations to ban CFCs in aerosols. Quite a few states didn’t wait on Congress and banned aerosol propellant CFCs.

Johnson Wax jumped on the no CFC aerosols propellants bandwagon and soon other companies followed. DuPont resisted. According to the MIT report, DuPont financed a PR campaign to “…defend CFCs against scientists and environmental groups who wished to curtail their use.”

DuPont argued that banning CFCs in aerosols would leave the industry without a “short-term replacement.” By now public perception prevailed and the law was passed, banning CFC propellants in aerosols. According to Maxwell and Briscoe, DuPont viewed the regulatory policy as unfounded in any “scientific facts.” DuPont felt the policy was based purely on “public perceptions” that were “grossly distorted by environmental activists.”

According to the paper, DuPont and other US companies suffered a 20% loss in the global marketplace since European producers continued without interruption. The US was the only country in the world to ban CFCs in aerosol propellants.

In 1976, then chairman and CEO Irving Shapiro “instructed senior VP Richard Heckerrt to collaborate with Congress and [the] EPA in drafting versions of the Toxic Substances Control Act.”

Maxwell and Briscoe report that as part of the law passed, companies were required to bear the cost of “extensive testing” for any new chemical product (4) being placed on the market. DuPont walked both sides of the fence by actively supporting “progressive environmental legislation, even while resisting specific regulations directed at a variety of its products.”

The authors state that by 1980 the National Academy of Sciences predicted that “16% of the ozone” would soon be depleted and the EPA made a proposal that sent DuPont into high defense. The EPA wanted to create an extension of the CFC ban. This extension would include other aerosol products. The EPA’s goal was to eventually ban all CFCs.

The ozone prediction was proved incorrect and modified to a 2%-4% depletion. The public unrest died down and public perception about dangerous CFCs seemed to have been appeased with the CFC ban in aerosols. 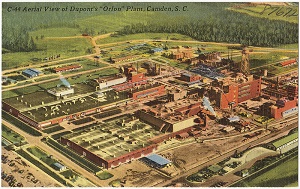 According to Maxwell and Briscoe, that appeasement only lasted until the 1985 British discovery of the Antarctic ozone hole. Everything changed. In 1986, the Freon division of DuPont conducted its own evaluation of the ozone and announced a “significant reduction” in the ozone layer.

The EPA responded with a call to reduce 85% of CFC production – immediately. The paper states that DuPont decided to support a CFC ban since the company mindset was that it could gain a “competitive advantage” with the sales of its new chemical substitutes that would be sold as specialty chemicals at a much higher price than the CFC.

Finally, the paper concludes “DuPont’s organization and strategy were key to the successful leveraging of the Montreal process.” This was achieved through the Freon Division’s interaction with “public officials” and various groups, positioning DuPont to “exploit the situation when regulatory discussions were stepped up.”

By the year 2030, Freon will be a thing of the past. Any controversy over how it came to that end over several decades may persist. If Freon continues to exist, it will be purely on the black market.

*According to GuideStar (GS), this “Organization (granted status 1972) has not reported Revenue & Expense data to GuideStar.” The GS website reports, “This organization has not appeared in IRS records for a number of months and may no longer exist” (5).