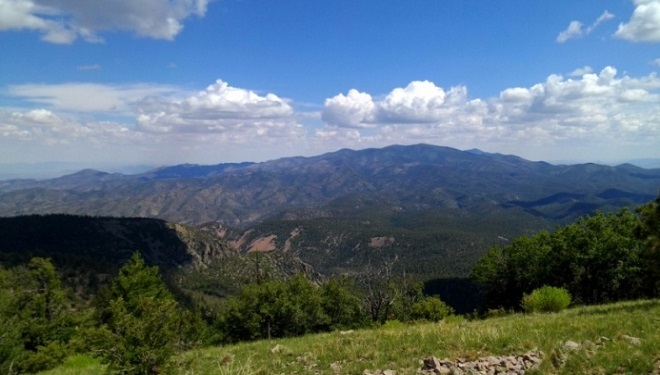 Mark Whittington view more articles
Facebook 0 Twitter 0 Pinterest 0 Google 0 LinkedIn 0
The incident that took place in Socorro, New Mexico in the late afternoon of April 24, 1964 is well known in the annals of UFOs (1). The eyewitness was a police officer named Lonnie Zamora, known to be a sober and conscientious police officer, not given to flights of fancy.

According to the UFO Casebook (2), Zamora was in pursuit of a speeder when he noticed a loud roar and a jet of blue and orange flames rising into the air. Thinking that an explosion had taken place at a nearby dynamite shack, he broke off the pursuit and went to investigate.

Instead of a burning shack, Zamora came upon an oval shaped object with no doors or windows, with two beings who seemed like children dressed in overalls nearby. The two beings reacted with fright upon seeing him.

As Zamora was radioing a report to the local sheriff’s office, the craft lifted off on a tail of bluish flame and headed southeast until it vanished from sight.

The next person on the scene was New Mexico State Police Sergeant Sam Chavez, who had overheard Zamora’s radio call. They were soon joined by other members of the Socorro Police Department who conducted an investigation of the scene.

The Sheriff’s office received three other reports of blue flames in the area. But Zamora was the only clear eyewitness to what appeared to be a spacecraft from another world. Two other people may have seen the object while in flight.

There followed another investigation in connection with the FBI’s “Project Blue Book.”

“The first military investigator on the scene, on April 25, was Army Captain Richard T. Holder, Up-Range Commander of White Sands Proving Grounds, along with an FBI agent, D. Arthur Byrnes, Jr., from the Albuquerque office.

Hynek was a scientist who consulted with the Air Force on the UFO phenomenon and developed the “Close Encounter” classification system of UFO encounters, Officer Zamora apparently experienced a “Close Encounter of the Third Kind” involving actual sighting of aliens.

The results of the investigation, along with a follow-up examination of what was said to be “fused sand” at the alleged landing site, resulted in nothing but inconclusive findings.

No one could ascertain any alternate explanations that did not involve aliens. However, the incident is not considered proof of alien visitation either. 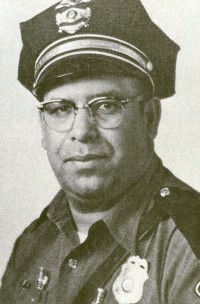 An article in dChieftain suggests a number of mundane explanations.

In the intervening years – 51 to be exact – dozens of explanations have been offered, from a prototype lunar lander that got off course to a homemade hot-air balloon. The one that I keep coming back to is that of an elaborate prank perpetrated by New Mexico Tech engineering students. As a matter of fact, former Tech president Stirling Colgate is said to have claimed that he knew for a fact it was a hoax, and knew who the tricksters were.” (4)

Hoax or aliens? The answer depends on whether one “wants to believe” like the fictional Agent Fox Mulder or is a skeptic.

Officer Zamora was obliged to resign from the Socorro Police Department two years later, aggravated by the constant ribbing by his fellow officers for seeing a “flying saucer.”

According to UFO Digest (5), Zamora, an army veteran, kept silent about what he saw at the insistence of the military investigators. But it is clear that until his death in 2009, he believed that he really saw an alien spacecraft and that the government chose to cover the matter up.