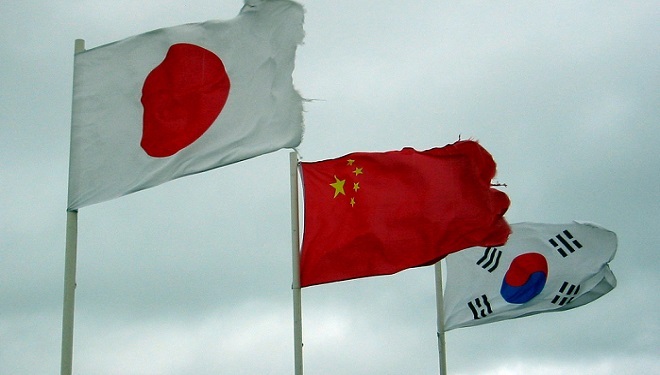 WC view more articles
Facebook 0 Twitter 0 Pinterest 0 Google 0 LinkedIn 0
We could ask Princeton how their talks with Tianjin University officials went. A few months ago they had a productive meeting about Princeton’s Intellectual Property Rights (IP) theft policies and the role visiting Tianjin University professors will play there.

Or, we could warn Procter and Gamble, who just shared their secrets of success with that school’s head honchos. It may be even more prudent to alert New York University and USC about the perils of working with Tianjin University. Both American institutions of higher learning are looking forward to joint research projects with the Chinese school in the near future.

Oh yeah, there is no need to warn USC, after all, two of the defendants attended school there. I wonder if USC will meet Pang during their joint operations. If so, maybe they could get the message to him that if he returns to the USA with his other four co-creators, he too will end up in jail. But of course they probably won’t do this. Why risk offending the feelings of the Chinese and university? (1)

Proof of how state-sponsored espionage has metastasized and threatens American universities can be seen at Columbia University. A Beijing-backed student organization called Columbia University Chinese Students and Scholars Association (CUCSSA) was shut down. Not only were there questions about how its funds were obtained and used, but its members as well. In the case of Columbia, Chinese members were alleged to have been frequently called upon for political and espionage functions.

For Chinese students it was par for the course, but illegal in the U.S. I guess we will have to see how that group reorganizes because I don’t see them giving up that golden goose (2).

China’s ambitious hackers steal as much money via IP theft as the rest of Asia pays us for all the goods and services they legally purchase.

The Internet is to China what my ATM card is to me, a money hoard just waiting to be accessed.

Of course China’s hacking is as old as the net. Lately things have gotten much worse, however. Case in point is how Penn State University just had to decouple computers at the college of engineering from the Internet because Chinese hackers had thoroughly infested them. Beijing’s finest had been a ghost in the machine for years. No one knows just how much intelligence that they illegally swiped but the prospects are alarming.

This particular facility develops sensitive technology for the US Navy. Once again we can see how America’s treasures becomes gifts to the Chinese, all via data theft. We the tax payers fund that tech transfer, and our national security and competitiveness are eroded.

It would be nice to think this wasn’t an inside job but that would be foolhardy. China sends both spies and students with the express mission to steal US goodies. An engineer at the Naval Postgraduate School claims that Chinese spies worked at the school and had ingratiated themselves to students and faculty.

These same people interrogated him about sensitive matters. He watched as colleagues gleefully traded information with people whose army has threatened us with nuclear attack (3).

Beijing is apparently using universities as a backdoor to US commercial and defense secrets.

Just to keep this post uplifting, consider that the famous inventor Sir James Dyson pulls no punches in claiming that not only does Beijing send “students” to British universities to infiltrate them and steal technology, but also plants bugs and malware in technical infrastructure as well. He goes on to say that these same people are planting electronic bugs to relay information back home to China (4).

For our sake I hope he is exaggerating because with over 275,000 Chinese students in the USA, the potential risk is incredible.

Just like we don’t know what role if any Xiafen Chen played in the Chinese data theft, we also don’t know who from China ravaged Penn State’s computer system.

If you don’t believe the allegations of Sir Dyson and Chinese theft, then consider that well over 50% of all cases of industrial espionage and theft of secrets used to undermine American security are by Chinese citizens, immigrants or companies selling to them. In other words, if risk mitigation were your thing, then statistically speaking, you would be right in declaring China to be your number one threat.

China’s attack on US property is unprecedented and we have no answer. Had the Soviet Union done such a thing to us, we would have have been on the brink of war.

Actually that is untrue because we did not offer the Soviet Union a chance to spy. We didn’t trust them, plain and simple. For the Chinese, we’ve rolled out the the red carpet.

Returning to the case of Ms. Chen, we can see how her erratic behavior had caused alarm. After being charged with lying to investigators about meetings with communist officials in China. She then recanted, claiming she had only done so in order to “help a family member.”

More damning is email correspondence between Chen and one of China’s top dogs. In those emails, she provided him with the Internet address for the National Inventory of Dams, which is run by the Army Corps of Engineers alongside the Federal Emergency Management Agency and state regulators (5).

She explained how valuable the information in this database was and then said, “However, the database is only for government users and non-government users are not able to directly download any data from this site. I will do some more search and let you know what I come up with.” (id)

Not long thereafter that same site was hacked.

As a consequence, it is logical to question opaque behavior such as that exhibited by Xianfu Chen?

There was no clear link between her and the breach but her actions prove how such a thing could easily occur. The prospects of such a move are beyond alarming; especially with China’s increasing bellicosity.

It is widely accepted that Beijing hacked and probably took down at least one of our power grids a few years ago. Since then, they have been preparing the battlefield by polluting mission critical systems with software bugs for a pre-emptive strike in war.

Rather than being a thing of fancy, it’s painfully true. China’s new leader essentially threatened America with nuclear attack. Beijing knows their military is no match for our own. Their only hope is to use a cyber offensive and force us to capitulate. Defenseless, we would have little option but to surrender to their demands. 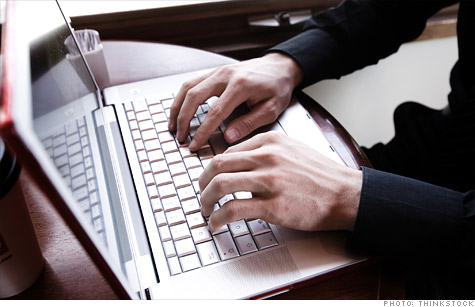 How It All Relates to Ms. Chen

It may not be readily clear how nuclear attacks on US soil relate to a Chinese hydrologist who is now an American citizen. But once again, the answer is: “The case of Xiafen Chen typifies the growing problem with free access to American data and technology via espionage.”

The case against Chen was dropped, but that does not mean the charges were unfounded. I’m not saying that she passed along American secrets to communist officials in meetings she denied having. What I am saying is that the possibility that she did is not remote. This is nothing against her personally, but rather a symptom of the push by China to leverage both their citizens and those who have emigrated to lend a helping hand to the Motherland and steal information from American firms.

Prosecutions under the Economic Espionage Act have increased over 30% from last year. The Chinese are increasingly found as defendants in such cases, and things are getting worse. China sends more students here than any other country. Most of them just want to learn. The problem is sheer numbers, however. Even if only 10% of them were out to steal from us, that would still be 27,000 students or 550 per state.

“Immigration is indeed a homeland security risk in the modern world.” (6)

Some are even sounding alarms now that immigrants are one of our biggest security risks. Could part of this stem from the fact that for the first time ever China sends more immigrants to the USA than any other country? (7)

If so, then it is unfortunate. America is a nation of immigrants and diversity is one of our competitive advantages. Most people coming to the U.S. are merely seeking a better life. Torpedoing our technological edge is the least of their concerns.

The unfortunate truth, however, is that when it comes to the Chinese, the good get lumped with the bad. The prevalence of theft of American ideas and economy sponsored by Beijing is alarming. The result is that people now no longer know whom to trust.