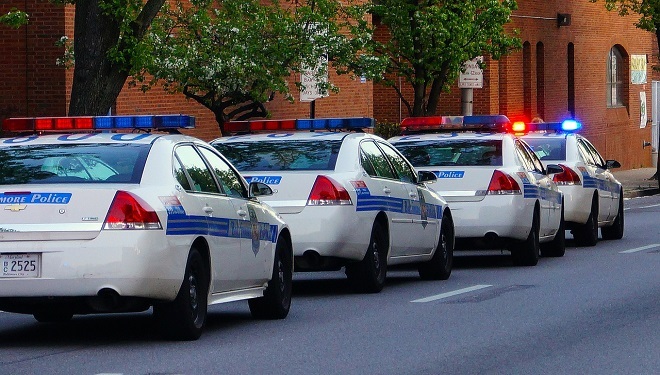 Jenny Lewis view more articles
Facebook 0 Twitter 0 Pinterest 0 Google 0 LinkedIn 0
It’s easy to see how it begins. You’re struggling to find work, no one will employ you and no one will help, and then the authorities stop you from seeing your child. Suddenly you’re left with nothing. Even the strongest of minds would find it difficult to cope. So add to this situation a mental illness and the result is a horrific and tragic shoot out.

In the early hours of June 13, 2015, a man planted pipe bombs outside the Dallas Police Department and then, from his armored vehicle, shot at the officers (1). He was then chased into a car park where he was killed by a police sniper. No one else was harmed in the attack (2).

Anyone is capable of murder given a specific set of circumstances and environment, and yet we don’t all go around killing each other. Much. So what made this man, identified as James Boulware, attack the police department?

Every case of this type is individual and Boulware would have had his own reasons for doing what he did. Not only did he struggle to hold down a job and lost custody of his child, he also had a history of mental illness. He was delusional and described by his mother as a “conspiracy theorist” (3).

This wasn’t the only time that Boulware had felt betrayed and let down by the local authorities. For the previous two years his family had worked on getting him help. Throughout his life he had been arrested numerous times for violent assault and drug possession (3) and then, in 2013, he assaulted his mother attempting to strangle her. Later that same day he talked about “shooting up churches and schools.”

Nothing was done about these threats and the Boulware family feel that they were ignored about the state of James’ mental health (1). James Boulware was described as a nice, helpful and good person who seemed to be capable of bouts of delusion and anger.


Are All Conspiracy Theorists Capable of Turning Violent?

As mentioned above, anyone is capable of turning violent given the right circumstances. This is particularly true of people with mental health illnesses, who may lose control of reality and their emotions quickly and easily. This does not mean that every person with mental health problems is violent or a risk, just as a man who is a conspiracy theorist shooting at police doesn’t mean that all conspiracy theorists are violent.

Conspiracy theorists are people who ask questions. They are untrusting, reading between the lines that are fed to the population by authorities to seek the truth, even if this means contradicting themselves.

One study has shown that some conspiracy theorists will willingly accept two contradicting theories, for example that Osama Bin Laden is still alive and at the same time was dead long before his compound was invaded (4).

This isn’t a sign of mental illness but rather human nature. We are social animals and agreeing with others in our communities, whether that’s where we live or an online group, helps us to feel safe and included which is something we instinctively need to survive.

Many are well educated and well informed and many are probably completely correct in their claims. But because of their untrusting nature toward the authorities, they are inherently paranoid and this is also a symptom of a number of mental illnesses. This does not mean that all paranoid people are mentally ill and the majority of conspiracy theorists are healthy people. In October 2012, a man went on a shooting spree in Michigan, claiming that the drivers he was shooting at were part of a “government conspiracy” against him (6). Nothing else in the report suggests that this man believed in actual conspiracy theories, rather that he was paranoid and delusional which are classic symptoms of mental illness.

For a remarkably similar case, watch Louis Theroux’s documentary By Reason of Insanity which features a television personality who was not a conspiracy theorist but also believed that he was being watched as part of a government conspiracy against him (5). A number of people in this documentary believe in conspiracy theories, most likely due to the delusional and paranoid elements of their illnesses.

The case of James Boulware, and the majority of all shooting cases, have nothing to do with them being conspiracy theorists. These are usually people with mental health problems, or people who have been pushed to breaking point.

The world is a difficult place to live in and local authorities across the world need to educate themselves on how to ethically and morally treat those with mental health difficulties rather than unsympathetically ignoring them.