Electrocution and the Jewish Holocaust: The Rise and Fall of the Myth 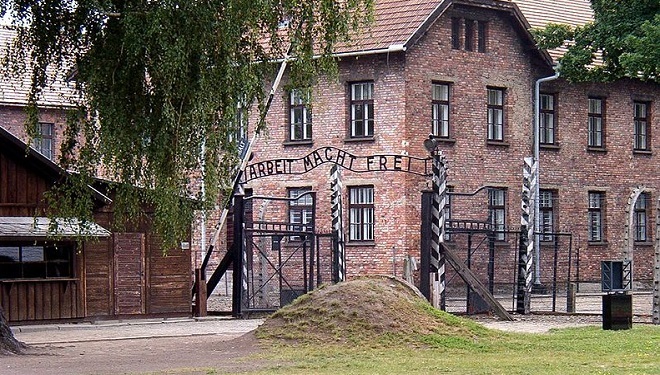 Jeri Simpson view more articles
Facebook 0 Twitter 0 Pinterest 0 Google 0 LinkedIn 0
The story of the Holocaust is one that is told in history books across the world. Adolf Hitler lead the Nazi Party in the quest to purify and strengthen the Aryan race by enslaving and then massacring individuals and families in and around Germany.

In the process, they exterminated the mentally and physically handicapped, Jews, Romani, Jehovah’s Witnesses, Africans, homosexuals, and generally anyone with opposing political views.

The result was the death of approximately six million Jews and five million individuals from the other groups that were targeted.

The victims were taken to concentration camps where they were separated and forced to perform jobs, if able, for as long as the Nazis saw fit. Eventually, the prisoners were all to be systematically murdered in mass graves by gunshot or in gas chambers filled with deadly chemicals.

It wasn’t until the Allied armies invaded Germany that the mass murders were brought to a halt. Shortly after the Soviet allies overtook Auschwitz, Russian Jewish writer Boris Polevoi penned an article titled, “The Factory of Death at Auschwitz,” which was printed in the Pravda, a Soviet newspaper, in February 1945, less than a week after the camp had been liberated.

Polevoi claimed that he was able to visit Auschwitz after the liberation and wrote his own firsthand account of what he saw. In his report he claimed the Germans attempted to cover up the evidence of their crimes.

He mentioned that they “… tore up and destroyed the traces of the electric conveyor belt, on which hundreds of people were simultaneously electrocuted, their bodies falling onto the slow moving conveyor belt which carried them to the top of the blast furnace…” (1)

Any other reports of firsthand accounts have been noted as hearsay. All claims have been attached to nameless stories. Anti-Revisionist Jean Claude-Pressac wrote “AUSCHWITZ: Technique and Operation of the Gas Chambers,” in which he stated that the tour guides were simply restating what they had read in Polevoi’s account (2).

Were Reports True or False?

Electrocution wasn’t the only Holocaust rumor believed to be falsified. Prominent Holocaust historians, Yehuda Bauer, head professor at Hebrew University’s Holocaust History department and Raoul Hillberg, political science professor at the University of Vermont agree that many of these claims are false.

There were reports of Nazis using human fat to create soap, although Bauer states that the technical knowledge needed to turn human fat into soap wasn’t even around at the time. Other reports stated that Jews were given lethal injections or were gassed en route to extermination camps and arrived dead (3).

Execution by steam chambers was also considered to be a false claim. Some other reports made claim of death by electrocution, but instead the prisoners were dunked in water up to their necks before a current passed through their bodies.

Regardless of falsified claims about execution methods, the event is a tragic part of world history. Unfortunately though, the historical accounts of what occurred in any of the many camps scattered throughout Europe rely on human retelling of the events.

Human perception and emotions often muddy the memory, causing emotions to take over facts and sometimes altering the reality of a story. This is a psychological paradigm known as reconstructive memory or the “Rashomon effect” (4).

However the question remains, did Polevoi truly see these conveyor belts for electrocution in the camp or was the incident completely falsified? If he did see them, what were they actually used for?

4 Cases Where People Were Wrongfully Committed to Insane Asylums

Strange Coincidences: 5 Times The Synchronicity Between Events Was Unreal