SallyPainter view more articles
Facebook 0 Twitter 0 Pinterest 0 Google 0 LinkedIn 0
You may have read about the long-standing concerns about Roundup being a carcinogenic agent (cancer causing) to humans. You may have wondered as you sprayed Roundup weed killer onto the walkway leading into your home or in your backyard if it was really harmful (1).

According to the UN’s “France-based cancer research arm of the World Health Organization” International Agency for Research on Cancer IARC (IARC) glysophate (Roundup) is a carcinogenic agent. In fact, France has banned all “glyphosate-based products” from its garden centers.

Introduced in 1970, Monsanto’s Glyphosate (Roundup) is “used globally in industrial farming.” In today’s world, glyphosate is “manufactured generically” and is found in over 750 products. The IARC states that glyphosate is the “the highest global production volume of all herbicides” (2).

While homes are part of that global use, by far the highest volume is used in agriculture and forestry.

The IARC noted that there has also been a sharp increase in glyphosate use due to the GMO crops Monsanto developed that are resistant to glyphosate. The theory of this type of genetic editing is to allow a higher dosage of the herbicide. The greatest danger is to farm workers. The IARC states, “Glyphosate has been detected in the air during spraying, in water, and in food.”

While farm workers have the highest exposure, the IARC states that the “general population is exposed primarily through residence near sprayed areas, home use, and diet…” The report adds that the level of that exposure is “generally low.”

On June 14, 2015, French Ecology Minister Segolene Royal announced France was banning the sale of Monsanto’s Roundup weed killer and other glyphosate products from all of its garden centers. Phys. Org reported that France had banned the “sale of Monsanto herbicide Roundup in nurseries” (3).

The decision to ban Monsanto’s Roundup herbicide along with all glyphosate products was based on the evaluation of the IARC (2).

The IARC Secreatariat and a “Working Group” consisting of 17 experts hailing from 11 countries spent a year reviewing and preparing the data that included “a comprehensive review of the latest available scientific evidence.”

IARC Discusses Its Evaluation of Glyphosate

The Working Group spent a week in March assessing the “carcinogenicity” of these five insect and weed killers.

The IARC stated, “On the basis of tumours in mice, the United States Environmental Protection Agency (US EPA) originally classified glyphosate as possibly carcinogenic to humans (Group C) in 1985.”

In fact, this very re-evaluation was included in the IARC preamble. The IARC states that the “US EPA Scientific Advisory Panel noted that the re-evaluated glyphosate results were still significant using two statistical tests.”

The Working Group “considered the significant findings from the US EPA report and several more recent positive results” during its evaluation. The IARC concluded that there was “sufficient evidence of carcinogenicity in experimental animals. Glyphosate also caused DNA and chromosomal damage in human cells, although it gave negative results in tests using bacteria.”

The IARC cited a study conducted of residents in a community where “glyphosate formulations” had been sprayed. The results of that study revealed “increases in blood markers of chromosomal damage (micronuclei).” 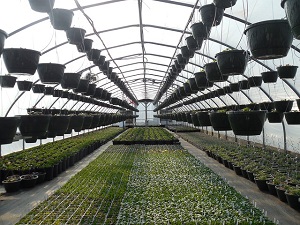 The French system of risk assessment for possible carcinogenic agents is divided into four levels. These include:

Group 2A: “Herbicide glyphosate and the insecticides malathion and diazinon as “probably carcinogenic to humans.”

–> Glyphosate: Most widely used herbicide in world.
–> Malathion: Used in “agriculture, public health, and residential insect control.”
–> Diazinon: Production volumes low and decreased further after 2006 due to restrictions in the USA and the European Union. Limited information on the use in other countries.

Group 2B: The IARC classified “insecticides tetrachlorvinphos and parathion” as “possibly carcinogenic to humans.”

–> Parathion: Use severely restricted since 1980s. All authorized uses cancelled by 2003 for European Union and US.
–> Tetrachlorvinphos: Banned in European Union, the US uses it on livestock and companion animals, including in pet flea collars. No information available for other countries.

The classification of these chemicals is “aimed” at industrial use. According to the IARC, the reason Roundup and the other insect and weed killers were evaluated was due to “substantial new data” being available on “many pesticides that have widespread exposure.”

Will Other European Countries Follow France in Banning Roundup?

The National Association of Consumer and Users (CLCV) not only asked France but other “European officials to stop selling glyphosate-based products to amateur gardeners” (5).

Will the US follow suit and ban America’s largest herbicide company’s product? Phys.org reports that the US Environmental Protection Agency (EPA) conducted a 2012 assessment of glyphosate and “concluded that it met the statutory safety standards” The EPA further stated “that the chemical could ‘continue to be used without unreasonable risks to people or the environment’.”

Phys.org reported that in response to France’s announcement of banning glyphosate, the EPA responded that, “…it would consider the French agency’s evaluation.”

Since Monsanto has genetically engineered and modified its seed crops to be Roundup resistant, a worldwide ban could have a devastating impact on the giant agri-business.