Is the Mars Colony Base Plan Just a Conspiracy? 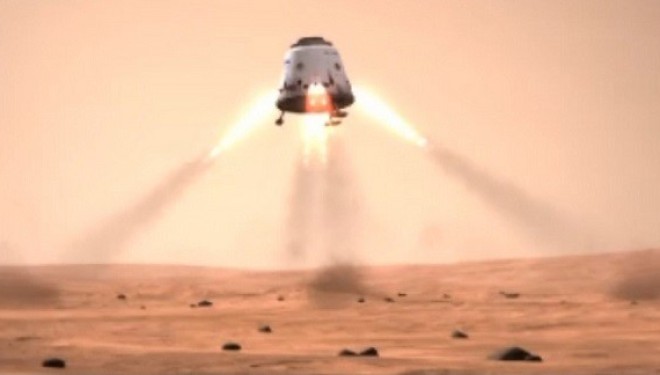 Mark Whittington view more articles
Facebook 0 Twitter 0 Pinterest 0 Google 0 LinkedIn 0
With renewed interest in sending humans to Mars, a number of proposals (1) have arisen to attempt to plant a human settlement on the Red Planet. Some of these proposals, however, are based on dodgy assumptions or are sufficiently vague as to defy realistic evaluation.

Mars One (2), created by a Dutch businessman named Bas Lansdorp, proposes to start colonizing Mars in the 2020s. The idea is to launch an unmanned probe to demonstrate technologies necessary to go to Mars in 2020.

In 2022 a second unmanned probe would scout out a landing site. Then a number of unmanned spacecraft would deploy supplies and habitats to the landing site.

Besides funding problems that have shifted the milestones of Mars One farther into the future, a group at MIT (3) examined the technology that the scheme would employ and found it to be wanting.

In particular, the MIT group concluded that the environmental systems of the colony would fail within 68 days, killing the Mars colonists. Lansdorp disputes the conclusions (4).

In the meantime, Mars One has chosen the first 100 prospective Mars colonists willing to leave the Earth forever and start a new life on another planet.

SpaceX’s Elon Musk’s Mars ambitions (5) are at once far grander and vaguer than those of Mars One. Musk has dreamed of going to Mars ever since he was a child growing up in South Africa.

He has suggested that all of his space entrepreneurial activity, which has involved building a commercial launch company, is just a stage for his singular ambition to die on Mars “though not on impact,” as he has said more than once.

Musk has offered few details as to how his Mars settlement would happen, except that he envisions it to grow to 80,000 colonists and that he hopes to reduce the cost of a one-way trip to Mars to $500,000 a person.

He has hinted that the workhorse of the effort would be a super-heavy, reusable launch vehicle called the Mars Colonial Transport, the design of which may be revealed later in 2015. Musk estimates that $36 billion would suffice to get the colony started. He is realistic enough to envision that it would be a collaboration between government and private business.

By government, Musk means NASA, as well as other space agencies such as the European Space Agency. NASA has been mandated to send astronauts to Mars ever since President Bush announced his Vision for Space Exploration in 2004. President Obama cancelled much of the Bush exploration plans, but the Mars goal was preserved.

The exact way that NASA will get to Mars is something of a work in progress, according to the Planetary Society (6). The idea is to use the heavy-lift Space Launch System to lift the parts of the Mars ship, including the Orion deep spacecraft, an interplanetary habitation module, and a Mars lander.

A previous flight will have prepositioned a habitation module, supplies, and equipment to grow food, refine air and water, and create fuel on the Martian surface in a way once envisioned in the Mars Direct plan developed by Robert Zubrin (7).

Future Plans for Mars Base

NASA has studied how to live permanently on Mars for decades.

The Space Agency has no firm plans for establishing a Mars base or a Mars colony, but presumably work could start on creating one after the first Mars expedition, now scheduled for the 2030s.

It is virtually certain that NASA will not abandon the Space Launch System in favor of Musk’s Mars Colonial Transport anytime soon.

The development of the SLS is far enough along, and its design is well enough understood that such a last-minute switch would be unwise, even if the MCT were to prove to be cheaper to build and operate, something that may be in doubt.

Will Musk be able to find another deep-pocketed government to finance his Mars dreams? Will the United States expand its Mars effort so that both launch vehicles will be included? The answers to both questions are currently unknown and unknowable.