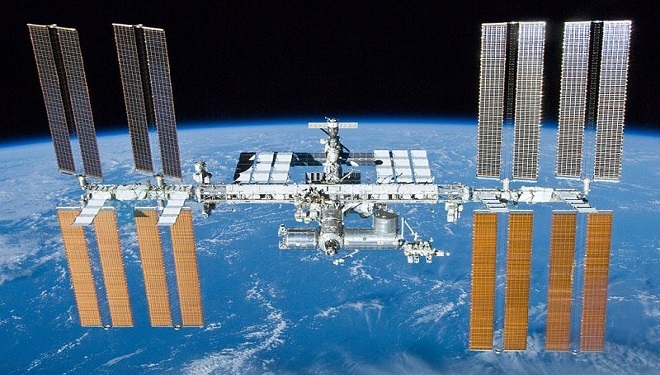 Mark Whittington view more articles
Facebook 0 Twitter 0 Pinterest 0 Google 0 LinkedIn 0
According to a recent piece in World Net Daily (1), a YouTube video purported to be from the high-definition video feed of the Earth from the International Space Station has the UFO (2) community abuzz with excitement.

The video, entitled “UFO Mysteries: UFOs, Angels Or Biological Creatures Seen Leaving The Earth?” seems to show three specks of light rising from the Earth and headed for space on the distant horizon.

The video suddenly cuts off with the message: “Please stand by. The High Definition Earth Viewing experiment is either switching cameras or we are experiencing a temporary loss of signal with the International Space Station.” The incident apparently happened in January 2015.

The video has every characteristic of a UFO sighting followed by proof of a government conspiracy to conceal the same. The fact that the space agency cut off transmission of the video the moment that the specks of light were imaged is seen as further proof that there are aliens visiting the Earth, that NASA knows about it, and that the space agency is concealing the matter. As of this writing, NASA has declined to comment.

A story in the International Business Times (3) offers some alternate explanations.

Perhaps the video is a hoax. UFO sightings have proliferated in recent years, not because more aliens are paying our backward planet a visit, but because modern video technology allows for cheaper and more realistic-looking doctoring. However, since only specks of light are seen and not full blown spacecraft, this theory would seem to be unlikely.

Another theory is that the specks are a result of tricks of light or that the camera experienced some anomaly shortly before it was turned off. Optical illusions have often been mistaken for UFOs in the long history of the phenomenon.

The best explanation, absent proof that the specks were alien spacecraft, is that they were indeed objects, but of earthly origin. The specks are pieces of space junk (4), wreckage left over from old satellites and rocket boosters or tools and parts let loose by spacewalking astronauts.

These pieces of space junk continue to orbit the Earth, proving a hazard to navigation. Space-faring countries are casting about for cost-effective ways to get rid of space junk before they make space travel in low Earth orbit too hazardous.

The International Space Station has been imperiled by space junk and has been obliged on more than one occasion to use maneuvering rockets to get out of the way of a hurtling piece of metal, lest it be taken out.

The movie “Gravity” depicted an extreme and Hollywood-hyped scenario of what space junk could do to spacecraft such as the ISS. Plans are afoot to equip the ISS with a laser cannon (5) to zap pieces of space junk and either destroy them or send them to burn up in the Earth’s atmosphere. 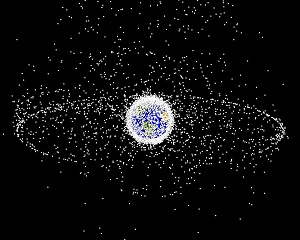 What Does NASA Know?

The idea that aliens are visiting the Earth and that the government has been covering it up is an old one, dating back to the Roswell Incident.

The conspiracy theory has been buttressed by instances where the government has lied, ranging from Watergate to the debates surrounding the implementation of Obamacare. The hit TV show “The X-Files” was based in large part on a secret government conspiracy involving aliens.

On the other hand, NASA is charged with finding proof of extraterrestrial life. This is assumed to be microbes buried in Martian soil or aquatic creatures swimming in the ocean beneath the ice crust of Jupiter’s moon Europa.

One can imagine that if NASA has incontrovertible proof of intelligent life beyond the Earth, someone would have leaked it to the media. What better argument would there be for increasing the space agency’s budget than revealing that ET is real and is out there?