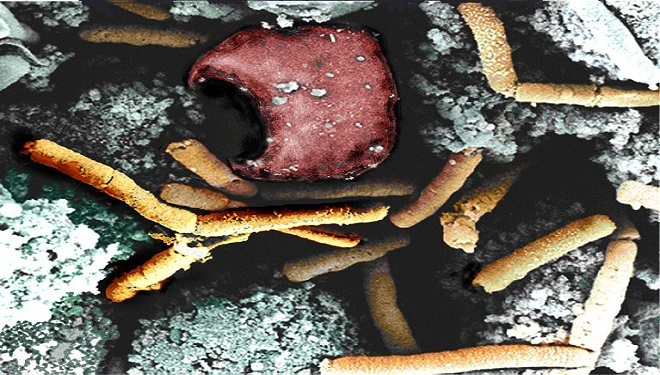 However, after a short investigation, the Pentagon has disclosed that it doesn’t know who to blame for this faux pas (2).

In fact, whatever error caused this dangerous series of incidents has been going on for at least 10 years and has affected at least 51 commercial laboratories, including some in foreign countries.

The caveat is, DoD officials are saying there was no substantial risk to the public because the anthrax was shipped in secure packages and in small amounts. Feel safer now?


How to Kill Anthrax Bacteria—or Not

Regular protocol for shipping anthrax from one location to another involves killing the bacteria first. That involves irradiating it with gamma rays (2). Evidently, that hasn’t been happening, and it’s being chalked up to human error.

Military officials are claiming that they thought the bacteria was being irradiated at the time. The DoD has had problems irradiating anthrax spores in the past before shipping them, so it appears that there have been no lessons learned.

What isn’t clear, even to military leaders investigating the incidents, is whether someone has been dropping the ball on killing the anthrax or if the protocols have been followed all along but are not effective.

The anthrax spores originated at Dugway Proving Ground in Utah and were shipped to commercial labs in nine states:

Bacteria was also shipped to South Korea, Canada, and Australia.

Something appears to be broken in the DoD’s supply chain. A CNN report has extended the number of states to 12 and the number of labs to 30. Plus, “these numbers are going to grow” (4).

Is the U.S. in Violation of the Biological Weapons Convention?

There is a long history of international laws prohibiting the use of biological weapons. The Hague Convention in 1907 placed restrictions on them. Those restrictions were strengthened in 1925 at Geneva.

Throughout the 20th century, governments and leaders of international organizations such as the United Nations have continued to discuss chemical and biological weapons. By 1997, 140 nations had signed onto the Biological Weapons Convention. The United States is one of them (5).

In 2006, the International Committee of the Red Cross (ICRC) issued a statement to the Sixth Review Conference of the Biological Weapons Convention and called for all states, scientists, and the biotechnology industry to universally adopt the treaty (6).

According to the above mentioned CNN report (4), the Pentagon police force is one of the targets that may have received live anthrax. The report says the police force uses dead anthrax to “calibrate the chem-bio detection equipment around the Pentagon as a level of protection” in the Pentagon.

The DoD’s investigation is ongoing and they fully admit they have no idea how large the problem really is because it’s been going on for years and they do not know exactly what has caused it.

Since officials have no idea what has happened or why live anthrax has been shipped all around the world, who’s to say it wasn’t a deliberate attempt to put lives in danger?

In 2001, shortly after the 911 attacks, the U.S. was the target of an anthrax scare when five Americans died as a result of the biological agent being sent through the postal service (7).

The Federal Bureau of Investigation conducted an investigation that ended in 2010 and concluded that the perpetrator of the attack was Dr. Bruce Ivins, an Army medical researcher at Fort Detrick, Maryland. Ivins killed himself before formal charges were brought against him.