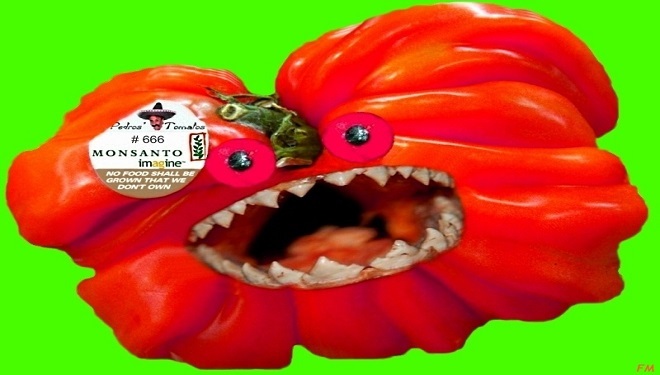 SallyPainter view more articles
Facebook 0 Twitter 0 Pinterest 0 Google 0 LinkedIn 0
Do you know exactly what was in the food you and your family ate for your last meal? If you’re like most Americans the answer to that question is no.

Many US consumers feel that a food label tells them what’s in the food they’re buying. If this were the case, there wouldn’t be such controversy over the labeling of US foods between food activists and food companies, especially about GMO (Genetically Modified Organisms).

So, why don’t food companies want you to know what’s in the food they are selling you? That is the big question that consumers are asking more and more frequently. Some have even started petitions that have forced companies to comply with consumer demands to remove harmful ingredients (1).

But, why would a food company put harmful ingredients into their foods in the first place? The answer is cost and the fact that they can do it. When foods are laced with harmful ingredients, it’s typically because the additives are cheaper and many of them extend the shelf-life of the food or enhance the taste.

While the FDA has specific requirements for food labeling, some of those requirements are so broad and loose that it seems almost anything could be added to our food under the category of one ingredient – natural flavor or flavorings.

In the FDA’s (US Food and Drug Administration) “Guidance for Industry: A Food Labeling Guide under item #10, the specifics for ingredient labeling are laid out: (2)

But, what about natural flavor?

According to the April 1, 2014 revised CFR – Code of Federal Regulations Title 21 the term natural flavor or natural flavoring, “means the essential oil, oleoresin, essence or extractive, protein hydrolysate, distillate, or any product of roasting, heating or enzymolysis, which contains the flavoring constituents derived from a spice, fruit or fruit juice, vegetable or vegetable juice, edible yeast, herb, bark, bud, root, leaf or similar plant material, meat, seafood, poultry, eggs, dairy products, or fermentation products thereof, whose significant function in food is flavoring rather than nutritional. Natural flavors include the natural essence or extractives obtained from plants listed in 182.10, 182.20, 182.40, and 182.50 and part 184 of this chapter, and the substances listed in 172.510 of this chapter.” (3)

With this broad definition of what a natural flavor or flavoring can be, Consumers have no idea what they are eating. The Internet has been buzzing about the natural flavoring “castoreum” that’s derived from the sex glands of beavers and has been used as a food flavoring to enhance vanilla, raspberry and strawberry products.

Castoreum is primarily used in the perfume industry. According to Snopes, “The use of castoreum in common food products today is exceedingly rare.” (4)

But consumers, no matter how rarely castoreum is used as a flavoring should have the right to know it’s there. This is just one possible “mystery” natural flavor or flavorings that could be added to any food without you knowing what it is, much less if you are possibly allergic to it. Over the last few years, thanks to the empowerment of the Internet, healthy changes in food ingredients have been encouraged by consumers. Clearly, companies don’t initiate these changes to alleviate harmful ingredients until consumers make such demands. Change.org is responsible for several petitions that forced food companies to make ingredient changes.

One prime example was reported in January 2013 by CNN. Thanks to Food Babe blogger Vani Hari (5), who started a petition on Change.org for the removal of Yellow No 5 and No 6 from Kraft Macaroni & Cheese, the company announced it would comply by removing the dyes from the 2014 character-shaped product line, such as SpongeBob SquarePants and others.

Instead of the artificial dyes, Kraft changed to the spices it uses in its European versions (6).

This begs the question: Why did Kraft choose to use the harmful dyes in the American products, especially those being fed to American children? It’s simple. Europe requires food labels to state when Yellow No 5 is used with the warning: “This product may have adverse effect on activity and attention in children.”

How many people would purchase a product with that warning label? Yellow No 5 is linked “to hyperactivity, asthma, some skin conditions and cancer, but larger scientific studies have proved inconclusive.” Yet, it took a petition from consumers to force Kraft to remove the harmful dyes from its US products.

The Daily Mail reported in June 2013 the “Shocking list of popular foods and drinks readily available in U.S. grocery stores that are BANNED in other countries because their chemicals are deemed ‘dangerous’.” (7)

According to the Daily Mail, “Many of the chemicals found in America’s most common foods are considered to be so unhealthy that they’re actually ILLEGAL in other countries.”

According to The Cornucopia Institute that researches and investigates agricultural issues, a 57-year old loophole is responsible for these harmful ingredients being added to our foods. This loophole allows “food manufacturers to circumvent the approval process by regulators” (8).

Food companies are able to “add substances to their food without ever consulting the Food and Drug Administration about potential health risks.” According to Cornucopia, this is done on a regular basis and is an ongoing problem.

The Cornucopia Institute states, “The loophole is so big that companies can market additives, like lupin, that the FDA has found to pose dangers. Even ingredients the agency has agreed are GRAS are now drawing scrutiny from scientists and consumer groups who dispute their safety.”

Cornucopia explains the example of lupin flour that is often “hidden” in pastries as an additive. Lupin is made from a “peanut-related legume” and people allergic to peanuts have suffered the same kind of reaction to lupine.

It’s been demonstrated that consumers have the power to change the way their foods are made. It takes conviction to make it happen, but something as simple as signing a petition has brought about these and many other food changes simply because one person cared and was the first to act.