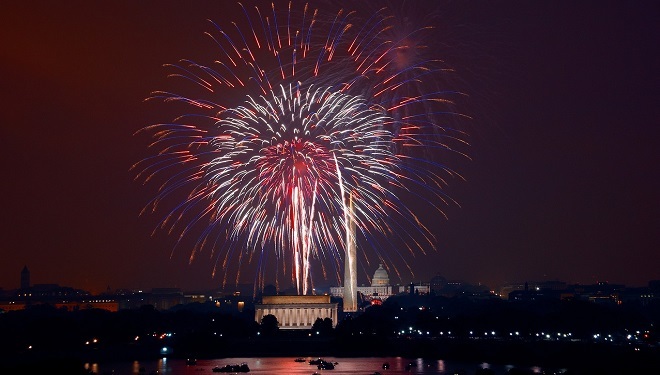 Allen Taylor view more articles
Facebook 0 Twitter 0 Pinterest 0 Google 0 LinkedIn 0
Who doesn’t like a little fear in their lives? I mean, millions of people flock to theaters, DVD stores, and movie download sites to catch the latest horror films, so there must be something to it, right?

There is no doubt that Independence Day is under threat, but is it being threatened by ISIS or by our own government? The Federal Bureau of Investigation (FBI) and the Department of Homeland Security (DHS) issued a terror warning to local law enforcement agencies nationwide for the weekend of July 4. By the time you read this, that weekend will have come and gone. Then we’ll know for sure if there was any merit to the warning.

But this “day of terror” is a bit strange, if you ask me. There is no credible evidence that ISIS or any other terrorist group has anything planned. We’re just “being vigilant”.

“We will also adjust security measures, seen and unseen, as necessary to protect the American people. We continue to encourage all Americans to attend public events and celebrate this country during this summer season, but always remain vigilant,” he said (1).


Why Is Independence Day Being Threatened?

If vigilance is necessary, why then are federal authorities continuing to encourage Americans to attend public events and celebrate?

After 911, every airline company in the U.S. shut down and no one wanted to step outside their doors. If we’re seriously under threat, wouldn’t you think the same authorities who told us to quit flying then would tell us not to go out in public now? I conclude there is no real threat.

Of course, the counterargument to that bit of logic will be, “Better safe than sorry.”

I agree. I mean, let’s just put the country on eternal alert status. After all, police officers’ lives are always in danger. Boston was no special case. Incidents like the Charleston church shooting, while tragic, are commonplace in this America.

Have we forgotten Dylan Klebold and Eric Harris? (2) The Columbine shooting happened long before 911 and illustrates that no one is always safe — anywhere. Let’s all just put our heads between our knees and enjoy a state of catatonia.

Timothy McVeigh’s act of terrorism took place before the Columbine High School shooting and well before 911 (3).

Danger Around Every Corner

So what’s the point of this little history lesson? Simply that American lives are always in danger. We have more guns per capita than any other nation (4), and you never know who is going to go on a killing spree.

There is a psychopath in every board room (5). The number of homicides by gun in the U.S. is outrageous (6). The number of automobile accident-related deaths is even more so (7). Yet, you are more likely to get struck by lightning than be killed in a terrorist attack (8).

What else is more likely to kill you than a terrorist? Let’s count them:

So, yeah, let’s go ahead and be vigilant.