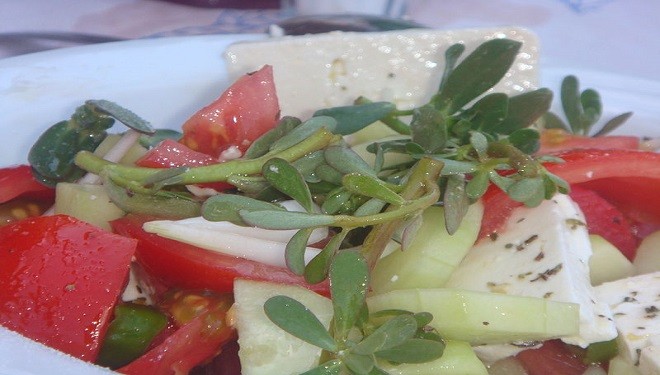 SallyPainter view more articles
Facebook 0 Twitter 0 Pinterest 0 Google 0 LinkedIn 0
It’s being touted as a promising new way to fight cancer. Scientists turned to the age-old homeopathic remedies for inflammation and bacterial infections -purslane and parsley – to determine if the two herbs had properties that could be used to fight cancer.

The results were more than promising. The study explored the possible “preventive properties against hepatocellular carcinoma cells” that these two herbs might have. Many plants and herbs are known for their healing properties, such as elderberry, but few have been shown to be possible cures or preventative for cancer (1).

A cytotoxicity assessment evaluates the “quality of being toxic to cells.” In this case, the two plants were evaluated for how toxic they might be to cancer cells (human hepatocellular carcinoma cells (HepG2- liver cancer (3).

The study was first published in The Asian Pacific Journal of Cancer Prevention. The scientists acknowledged that the “pharmacological potential, such as antioxidant, anti-inflammatory, and antibacterial activities of Portulaca oleracea (PO) and Petroselinum sativum (PS) extracts are well known” (4).

The results were surprising. The “PO and PS extracts significantly reduced the cell viability of
PS exposed HepG2 cells.” The dosages of “100 μg/ml and higher concentrations were also found to be cytotoxic.”

The preliminary results are exciting since it opens a new venue for cancer research in developing a “potential therapeutic anticancer agent” (5).

The result was “treatment with PSA and PSO of Petroselinum sativum induced cell death in MCF-7 cells” (6). Also known as “pusley,” purslane is widely regarded as just a garnishment for a meal or in many instances, a worrisome weed. For herbalists, it’s well-known for its anti-oxidant, anti-inflammatory and natural antibacterial properties.

National Center for Biotechnology Information reports that purslane (Portulaca oleracea L. subsp. Sativa (Haw.) Celak) effects are analgesic and anti-inflammatory. It’s been used for centuries as not just an herbal remedy, but also as a vegetable. When dried leaves and stem were used as injection or topical (not orally), the plant “showed significant anti-inflammatory and analgesic properties” (7).

Purslane can be eaten in a salad, but most commonly is cooked like spinach, although it can be stir-fried. Many use it in stews or soups. The modern American culture has overall lost the appreciation for this wondrous herb, but ancestors of the US and also Europe understood its medicinal and nutritional value. The Aborigines of Australia continue to use the seeds to make seedcakes. The Southwest Native American use it for bread (8).

All parts of the plant are edible including the leaves, stems and flowers. Purslane is what’s known as a potherb that’s popular in Asia, the Mediterranean and central Europe. Some cultures even pickle the leaves.

Higher in alpha-linoleic acid than spinach when grown under controlled conditions (chamber grown), purslane contains seven times more alpha-tocopherol than spinach (9). It has a high Omega-3 fatty acids and antioxidants (10).

Medicinal purposes include treatments for: 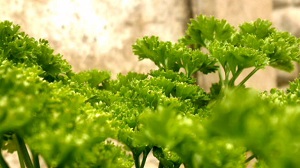 Parsley, Not Just an Herb

Curly parsley as well as leaf parsley is commonly viewed as a dinner plate garnish. Parsley gained its place on the plate as an after dinner palate cleanser. It also has the added benefit of a breath mint.

The large leaf parsley is usually the culinary choice, although both can be used in cooking, especially rustic style dishes. The pungent taste of parsley blends well with vinegar, garlic, oil and is also often used in pickling recipes (11).

This ancient herb was once associated with death since the Greeks used it in funeral rites creating parsley wreaths for tombs. They also used it to crown victors of the Isthmian games. During these ancient times, it was considered a sacred herb not for consumption, except of course as feed for the warriors’ horses (12).

Parsley has “diuretic properties” and has been used for kidney stones, jaundice and dropsy. Soldiers were given parsley tea when they suffered dysentery. The herb also has other beneficial properties including:

Parsley has been used to fight:

It has been used to fight:

Never use herbs for medicinal purposes without first consulting your health care practitioner. For example, “concentrated extracts can be harmful to people with kidney inflammation. Pregnant women shouldn’t take such extracts since they “stimulate the uterus” (13).