The Silly Conspiracy Theory that Flight 93 Got Shot Down 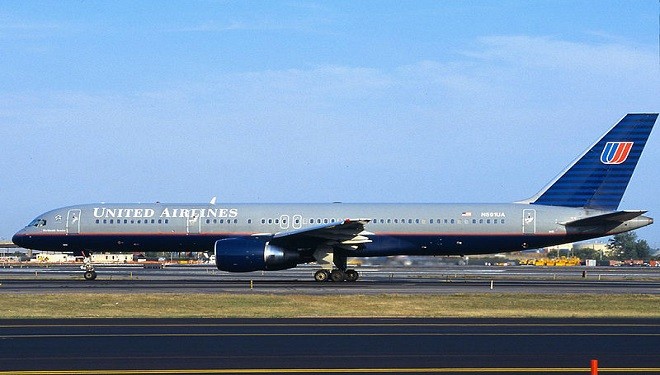 GabriellePickard view more articles
Facebook 0 Twitter 0 Pinterest 0 Google 0 LinkedIn 0
The fate of United Airlines Flight 93, the last of the four hijacked planes to do down in the United States on September 11, 2001, has been the subject of much debate and speculation. Many conspiracy theorists claim that Flight 93 got shot down.

One such believer is 911 Research, a site dedicated to the investigation of the 9/11 attack (1). According to 911 Research, Flight 93 crashed near Shanksville, Pennsylvania as a result of trauma to the plane, such as a missile strike.

The site notes that according to “the official story” there had been a struggle in the cockpit between the hijackers and passengers, who had “rushed them in an attempt to gain control of the aircraft or otherwise prevent it from crashing into a strategic target, such as the US Capitol.”

The 9/11 conspiracy theory site states that the widely scattered field of debris, several eyewitness accounts and alleged evidence that NORAD and the 9/11 Commission altered the timeline to change Flight 93’s true fate, proves that the plane preceded into a nose-dive after being shot down.

AmericanFreePress.net elaborates on the eye witnesses who believe Flight 93 was shot down (2). According to the site, the official version of 9/11 has generally excluded the testimonials of eye witnesses who contradict the official story. However, the reason for this may not be as ominous as the site insinuates. Eyewitness accounts are often inaccurate and may or may not add to information gleaned from the black box or flight recording devices (3).

The site says that several local residents are so appalled and offended by the government’s explanation of the fate of Flight 93 that they have called the official account a “patriotic pack of lies.” Instead, the eyewitnesses on the site claim military planes were at the scene of the crash before an explosion took place. The suggestion has been made that these military planes that flew over Shanksville on 9/11 remain censored by the US corporate media.

What Really Happened, a site dedicated to reporting about a number of conspiracies with a particular focus on the 9/11 attacks, describes what it claims really happened to Flight 93 (4). The site reveals several eyewitness accounts which diverge from the government’s version of events. One eyewitness said he heard a missile go off before the crash.

The site has also printed footage which it claims proves that Flight 93 didn’t crash in a single piece but came apart in mid-air and scattered debris over a wide area, suggesting the plane was shot down rather than being forced to the ground and crashing.

Further claims that Flight 93 was shot down rather than crashing can be found on Alex Jones’ Prison Planet (5). The site published an article that describes the story of an alleged military whistleblower, who claims she stationed at Fort Meade on September 11, 2001.

The woman, who uses the pseudonym Elizabeth Nelson, told the Project Camelot website, that she had personally heard military commanders say they were going to shoot down Flight 93 (6). “Nelson” claims officials agreed to shoot down the plane because it was flying in a prohibited space toward the military facility known as “Backup Pentagon” and communication with the plane had been lost. In an interview Nelson, stresses that there was no talk of hijackers among the officials.

Despite the barrage of conspiracy theories that collectively claim something is amiss with the official story and that there is evidence that shows the plane was shot down, we cannot ignore the flight recorder transcripts. These transcripts prove, beyond any shadow of doubt, Flight 93 was taken down into the field by terrorists flying the plane.

A transcript from Flight 93’s final moments was released by Judge Leonie Brinkema, who was involved in the federal death penalty trail of Zacarias Moussaoui. Moussaoui was sentenced to life imprisonment for his role in the 9/11 attacks. Judge Brinkema refused to release the whole tape which was presented to jurors on the jury of Moussaoui’s trial.

The transcript begins with one of the hijackers announcing that there “is a bomb on board, so sit.” The hijackers can be heard praying to Allah and warning passengers to “Shut up” and “Don’t move” (7).

The recording offers a harrowing account of Flight 93’s journey over Ohio to southwestern Pennsylvania. After passengers made a heroic attempt to take over the plane, it crashed.

The long-awaited cockpit recording was presented to the jurors to help them decide whether Moussaoui should face the death penalty or spend the rest of his life in jail.

The transcript proves that hijackers indeed took control of Flight 93, but ultimately passengers were able to wrestle at least the control away from the hijackers (8).