What is Propaganda? CIA and Hollywood Are Offering Perfect Examples 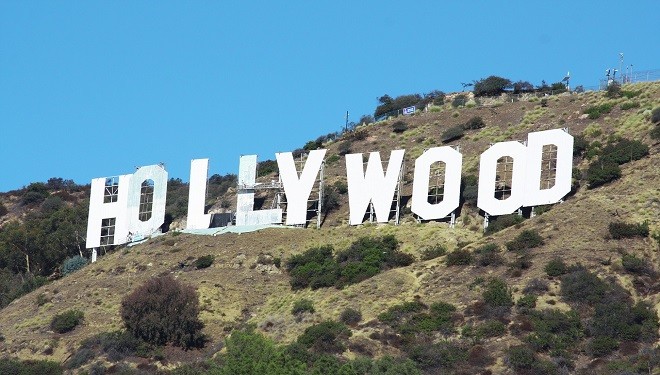 GabriellePickard view more articles
Facebook 0 Twitter 0 Pinterest 0 Google 0 LinkedIn 0
When we think of propaganda, the distribution of information of a biased or misleading nature for the purpose of promoting a point of view or political agenda, what do we think of? World War II and the Nazis perhaps? Alarmingly, some of the most pertinent examples of propaganda can be found much closer to home, in two of the United States’ biggest institutions – Hollywood and the CIA.

In its appraisal of how the CIA has “manufactured” history, the Institute for Historical Review (IHR), talks of how the CIA uses clandestine propaganda and disinformation programs, to “keep you, the American public from knowing what is going on,” as “you too are considered the enemy” and therefore not be able to interfere (1).

The author of the article, Victor Marchetti, a former special assistant to the Deputy Director of the CIA and prominent critic of the US Intelligence community, speaks of how despite suggestions that the CIA is a “rogue elephant”, all of its biggest top secret operations are conducted in direct response to orders from the president.

“The CIA is a secret tool of the president – every president. And every president since Truman has lied to the American people in order to protect the agency,” writes Marchetti (1).

The article highlights various examples of US government propaganda used as a means of controlling beliefs and protecting the White House. One example of a “big lie,” involved the Cuban missile crisis of 1962. The propaganda was, according to Marchetti, that the Soviet Union came into Cuba to protect the Cuban people.

This, however, was a “secondary, or bonus consideration.” The article states that the principle reason the Soviets went to Cuba was the fact they were so behind in the US in nuclear strike capacity that the Soviet Union leader Khrushchev thought he could make a “quantum leap by suddenly putting in 48 missiles that could strike every city in America except Seattle, Washington.”


Did the CIA Manipulate History?

Marchetti resigned from the CIA in 1969. In his book The CIA and the Cult of Intelligence, he states that many of the CIA’s practices and policies were “not in the best interests of the United States” and were in actual fact “counterproductive.”

As long as the CIA continues to manipulate history, historians of its activities must be Revisionist if we are to know the truth about the agency’s activities, past and present,” concludes Marchetti.

Washington’s Blog reiterates how the CIA and other US agencies have long adopted propaganda against the American people (2). The article cites numerous examples of sources accusing the CIA of using propaganda to deliberately dupe the American public. One example is the New York Times, which in 2008 wrote about how during the early years of the Cold War many prominent writers were secretly supported by the CIA, as part of its “propaganda war against the Soviet Union.”

Another example was a CIA official talking to the Washington Post about the willingness of journalists to “peddle CIA propaganda and cover stories.”

You could get a journalist cheaper than a good call girl, for a couple hundred dollars a month,” said a CIA operative (2).

As well as journalists, movies are also caught up with promoting CIA propaganda. The movie “Zero Dark Trinity” has been accused of being a piece of CIA torture program propaganda.

Kirk said how they had “behind the scenes emails” where someone at the CIA said:

“We have to get on this horse. We have to ride this horse – Kathryn Bigelow and Mark Boal.”

Relationship Between CIA and Hollywood

Referring to the interrogation technique’s the CIA has used post 9/11, Kirk said:

Because there has frankly been a war out there over the history of effective/not effective. And they all saw this and sold this moment where Osama bin Laden was killed as a proof-positive that the enhanced interrogation techniques had finally worked” (2).

“Top Gun effectively rehabilitated the military’s image and revived confidence in it – both factors were a bit low, post-Vietnam,” writes Rachel Shabi for Aljazeera.

As Top Secret Writers wrote in 2014, the CIA and Hollywood have had a “cozy relationship” for years, one it seems that is mutually dedicated to feeding the public propaganda (4).

What do you think? Is there enough evidence to prove the CIA and Hollywood are in bed together and feeding the public propaganda, or do you think it’s just another conspiracy theory?