Why Have All the Birds Abandoned this Florida Island? 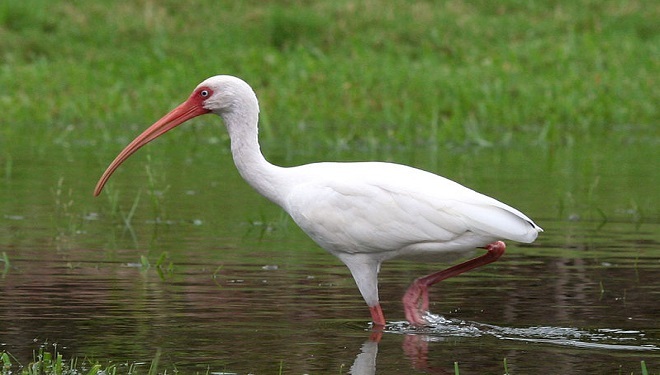 SallyPainter view more articles
Facebook 0 Twitter 0 Pinterest 0 Google 0 LinkedIn 0
It sounds like a screenplay for an apocalyptic movie – a 150-acre mangrove bird refuge is teeming with nesting blue herons, snowy egrets, pelicans and roseate spoonbills one day and the next day, they’ve vanished.

The loud din of bird chatter is now an eerie silence. The nests lay empty with the “eggs broken and scattered on the muddy ground.” Biologists are left confounded and unable to explain what happened.

Seahorse Key was home to “the largest bird colony on the Gulf Coast of Florida” until May 2015, when suddenly, tens of thousands of birds disappeared in the span of a day.

The Seahorse Key is part of the Cedar Keys National Wildlife Refuge (est. 1929) and “a protected way station for myriad bird species.”

The only way to access the island is by boat. The island is a cornucopia of avian specimens that attract naturalist and biologists alike.

According to Mercury News, a tour operator, Mike O’Dell said he’d taken a group out on Tuesday (May 2015) and everything was normal, but when the returned the next day (Wednesday), all of the birds were gone.

Biologists are at a loss to explain the phenomenon. While it appears that some of the birds from Seahorse Key moved to a “nearby island” – Snake Key – these are only a handful of birds in comparison to the tens of thousands that were on Seahorse Key.

Biologists have been testing various island animals as well as a few bird carcasses, but no disease has shown up in the test results (3).

They didn’t find any signs of traumatic injuries in the carcasses. Predators have been researched, such as raccoons and horned owls, but there hasn’t been any mass attacks or migration of either to the island, just the normal random number of each. Could Air Traffic Be to Blame?

Biologist Doig told Mercury News there’d been an increase in human air traffic over the past years. These “night flights over the area by surveillance planes and helicopters used to combat drug runners” are highly unlikely the cause of such a mass abandonment of birds.

How will the bird abandonment of Seahorse Key affect the remaining wildlife and eco-system of the island? It might possibly threaten the very existence of the refugee island, since other animals depended on the birds as a food source. Another way the birds contributed to other species was the droppings of fish that the snake population depended on.

According to Florida Fish and Wildlife Conservation Commission avian researcher Janell Brush, “It’s quite a large colony. There had to be some intense event that would drive all these birds away.”

The most obvious effect of the birds abandoning their nests is the loss of an entire generation of birds that would have hatched. This could have a profound impact on several species that regularly nest on the island, such as wading birds that are considered “rare”. These include “white ibis, tri-colored herons, snowy egrets and roseate spoonbills.”

The investigation has hit a dead end with no other clues to follow-up. According to Doig, “wildlife officers will have to wait to see if the birds return next year.”