Why The Bill Cosby Conspiracy Isn’t One 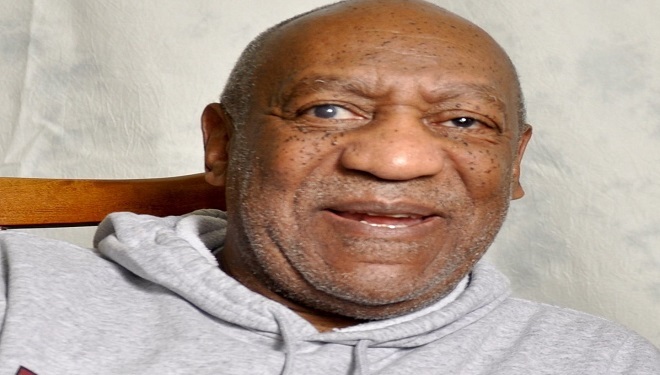 The crux of the conspiracy theories was that someone or some group was trying to destroy Cosby’s legacy. There was a massive conspiracy underfoot to bring down one of the most powerful black entertainers (1).

At least, this is what “The Cosby Show” co-star Phylicia Rashad stated in a January 2015 Showbiz 411 interview (2).

Rashad played Clair Huxtable, wife to Cosby’s character. One of his staunchest and most vocal defenders, Rashad implied the multiple allegations were some kind of smear campaign designed to defame and disgrace the now 78-year old comedian.

During the Showbiz 411 interview, Rashad stated, “What you’re seeing is the destruction of a legacy. And I think it’s orchestrated. I don’t know why or who’s doing it, but it’s the legacy. And it’s a legacy that is so important to the culture.” She accused unknown persons of sabotaging Cosby’s return to TV in an effort to “keep Bill Cosby off TV.”

But, there was no motive given for attacking the Cosby legacy. Many conspiracy enthusiasts claimed it was racially motivated. Others tweeted that the conspiracy was created to mar a black person’s achievements.

Rashad and others reminded the world that the achievements of the black community are always under severe scrutiny and often come under attack. While there is truth to many of these statements, there still was no real agenda given or proven. Other conspiracy theories for motives included: (3)

–> Way to distract the public from racial tensions over cops killing blacks.
–> “Contempt for black success.”
–> “Taboo of black men sleeping with white women.”
–> “Orchestrated to take attention away from media coverage of the killing of unarmed teen Michael Brown by a Ferguson, Missouri, police officer.”

Some speculated that it could be blow back from Cosby’s attack on the “black morality”. The Washington Post (WP) reported how Cosby’s 2004 “Pound Cake” speech sealed his fate as he attempted to “etch his legacy in stone” (4).

The WP quoted from Cosby’s speech, “Looking at the incarcerated, these are not political criminals. These are people going around stealing Coca-Cola. People getting shot in the back of the head over a piece of pound cake! Then we all run out and are outraged: ‘The cops shouldn’t have shot him.’ What the hell was he doing with the pound cake in his hand?” (4)

The WP points out that allegations of Cosby’s sexual assaults became public soon after his “Pound Cake” speech. This was the commonly recognized chronology of Cosby’s public scrutiny and it quickly fueled the conspiracy theories.

Yet, the WP noted that, “After the accusations mounted over the past year, the Pound Cake speech was seized upon as an example of gross hypocrisy.” There didn’t seem any possible way Cosby could recover from all this, but somehow, he did and by 2014, he was set to make a comeback in the TV industry.

That is, until a 2005 deposition was brought to light. In this document, Cosby admitted to procuring Quaalude prescriptions for the sole purpose of dosing women he wished to have sex with, or more aptly women he wanted to rape.

It wasn’t until July 2015 that the 2005 deposition was unsealed. According to USA Today, the unsealing of the deposition was the result of The Associated Press (AP) going to court “to compel the release of the documents — part of a lawsuit he [Cosby] settled — and they were made public Monday [July 6, 2015]” (5).

With the publication of the 66-page deposition, the conspiracy theories crumbled and so did Cosby’s “legacy”. Suddenly, the cloak of the beloved comedian was stripped away. By his own admission, Cosby was exposed as a serial rapist who had wielded his fame, money and power to intimidate his victims, escape punishment and continue his sex crimes.

The conspiracy theories that Cosby’s legacy was being destroyed were true, only the one that destroyed that legacy was Bill Cosby.

The New York Times obtained a copy of the 2005 deposition (6). Dolores M Troiani, Esquire was the attorney for the Plantiff [Andrea Constand] is the one asking the questions [Q] and Bill Cosby is the one answering [A}.

On page 9:
by Ms. Troiani:
Q. When you got the Quaaludes, was it in your mind that you were going to use these Quaaludes for young women that you wanted to have sex with?
A. Yes.

On page 18 in answer to the questions about Rule 415 witness’ statement, in which she stated that at age 19, she met defendant who had sex with her after giving her Quaaludes:

A. I met Ms (Redacted) in Las Vegas. She meets me back stage. I give her Quaaludes. We then have sex. I do not — I can’t judge at this time what she knows about herself for 19 years, a passive personality.

While most of the cases against Cosby can never seek justice in civil or criminal courts due to statute of limitation, the public court has already meted out justice in 2014. With the increased number of women coming forward about Cosby drugging and raping them, Cosby quickly lost his new found second life in television and other venues as deal after deal was rescinded.

–> Netflix: New Comedy show Bill Cosby 77 was nixed in November 2014 (7).
–> NBC: November 2014 NBC scrapped Cosby’s new sitcom.
–> Disney: July 2015, Walt Disney World removed a bronze statue of Cosby from its Hollywood Studios in Orlando, Florida (8).
–> TV land, Bounce and BET’s Centric Network all pulled “The Cosby Show” reruns from their networks in July 2015 (9).
–> Creative Artists Agency (CAA) quietly dropped Cosby as a client in 2014, but didn’t make it public until July 2015 when the 2005 deposition was made public (10).
–> Appearances at Treasure Island hotel-casino in Las Vegas and Diamond Desert Casino in Tucson, Arizona were canceled in November 2014 (11).

A petition to take back Cosby’s 2002 Presidential Medal of Freedom probably won’t have any affect. Such a request is unprecedented just as the demand that his Hollywood Walk of Fame “star” be removed (12).

The Washington Post reports Hollywood Chamber of Commerce President, Leron Gubler responded to that demand stating that the stars are, “considered a part of the historic fabric” and that Cosby’s star will remain (13).

Reuters reported in July 2015 that “More than 40 women have come forward in the past year alleging Cosby drugged and sexually assaulted them in incidents dating back decades” (14). The women were young (19-27), one was only 15 at the time of her rape and another was 17. Of these cases, the majority can’t be prosecuted in criminal or civil court since the timeline for the statute of limitation has long passed. (Most states have 8-10 years statute of limitation for rape.)

According to Entertainment Weekly, Constand along with the “13 Jane Doe” witnesses from the 2005 lawsuit filed a legal motion against Cosby for violation of the 2006 settlement. Constand “also seeks relief from provisions of the agreement that ‘prohibit her from making fair response to the numerous and inaccurate statements and innuendos’ made by Cosby and his team” (15).

“A former Cosby Show actress [Lili Bernard] who says Bill Cosby drugged and raped her in the early 1990s has gone to the police in New Jersey, a state with no statute of limitation for rape” (16). Bernard filed a police report with her lawyer, Gloria Allred. Bernard also said that Cosby “threatened her in a way that left her in fear of her life.”

According to USA Today, she later was suicidal, underwent hospitalization and therapy. Bernard says she still suffers from panic attacks. In a May 2015 press conference with her attorney, Bernard said, “I stand here to take back my power and to confront the fear that has paralyzed me for so many years.”

Sammie Mays is a writer who met Cosby at a New Orleans convention [1986 or 1987]. When Cosby agreed to an interview in his hotel room, Mays says she lost consciousness after he fixed her a drink. She awoke to find herself falling from a chair and discovered she was half undressed. She fled from his hotel room.

Business Insider reports that in January 2015, Chloe Goins [25] filed a report with the Los Angeles Police Department against Cosby for assaulting her in 2008. Business Insider also compiled a dossier of the women who have accused Bill Cosby of drugging and raping them (17).

Goins claims Cosby drugged her and awoke to find herself naked and Cosby over her. “I don’t want to go into details about what he was doing, and I don’t believe any of these cameras can actually publish what he was doing,” Spencer Kuvin, Goins’s lawyer told reporters (18).

Kuvin stated he thought her case could be the first to actually lead to Cosby being charged for rape since the California statute of limitation for rape is 10 years.

Cosby could still be arrested and brought to trial for these three cases, but for those already past the statute of limitation, public court may be their only recourse. Perhaps, Cosby’s creepy 1969 comedic routine where he joked about spiking women’s drinks in order to have sex with them was more than just bad material for a joke (19).